Will there be an interest rate cut?

The expected speculation about an interest rate cut is underway just as my Crikey colleagues predicted it would be.

Wait for the actions not the words. The expected speculation about an interest rate cut is underway just as my Crikey colleagues predicted it would be. One pundit this morning put the odds of a 0.25 percentage point cut at 50:50.

That seems a bit high to me. I expect the Reserve Bank will do the prudent thing and wait until it sees that the federal government actually delivers its promised tough budget before making a decision. 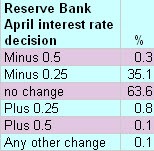 Prime ministerial fashion sense. What memories the recent stories about Prime Ministers and their fashion sense brings back. 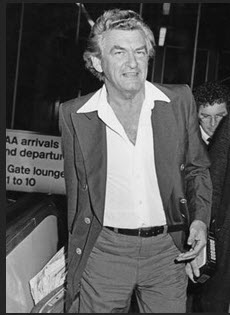 With what nostalgia I remember that the first task the minders had when Bob Hawke became Labor leader was to take him shopping for a completely new wardrobe.

Mapping the wind. I find it fascinatingly hypnotic — the latest addition to the array of United States weather maps 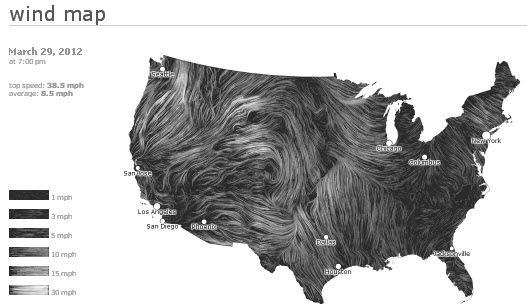 With an hour’s delay it shows the direction and strength of winds over the country.

Waiting for the winners. With seven seats still on the official doubtful list we still cannot bring you the result of our Crikey Queensland election tipping contests. Hopefully bragging rights will be bestowed by the end of next week. 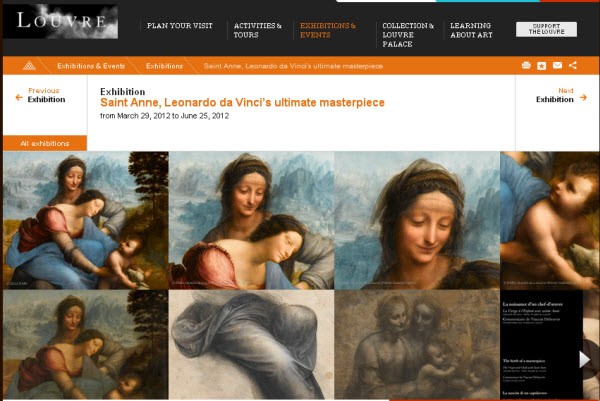 The museum’s website contains a fascinating description of how the painting of the Virgin Mary with her mother Saint Anne and the infant Jesus grew from some 130 preparatory drawings and studies by Leonardo and his apprentices over a period of 20 years.