I did not need today's Australian Bureau of Statistics figures to know that there is a declining number of jobs going in the federal public service.

The Saturday jobs guide. I did not need today’s Australian Bureau of Statistics figures to know that  there is a declining number of jobs going in the federal public service.

My in-house reader of the Saturday Canberra Times positions vacant advertisements told me last weekend that the offerings were the smallest for ages. Take that as confirming that things have not changed for the better on the jobs vacancy front since the official  figures for February were compiled.

In fact the anecdotal evidence I hear is that public service recruitment is very much a casualty of  the tough budget conditions Treasurer Wayne Swan was talking about this morning.

WA leads the way again. Yet another measure of the influence of Western Australia in the latest population figures. The ABS estimates that Western Australia continued to record the fastest growth rate of all states and territories with 2.6% in the year to 30 September 2011. Tasmania and the Northern Territory were the laggards with  the slowest growth rate at 0.5%, with the national figure being 1.4% for the fourth consecutive quarter.

At 30 September 2011 the estimated resident population was: 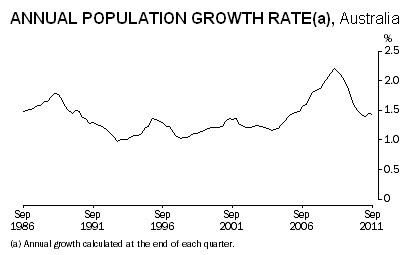 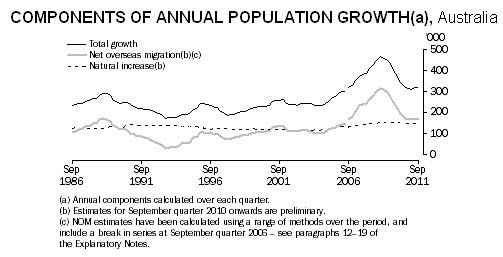 A political turnoff. Perhaps those of us in the news business overdo the politics coverage. Whatever the truth is here, it certainly appears to be the case in the United States where the two of the three news channels giving the most extensive coverage of the campaign to become the Republican presidential candidate are suffering sharp ratings declines.

PoliticusUSA reports that compared to last year, CNN in March lost 50% of its viewers and 60% of its younger viewers. For the first quarter of 2012, CNN is down 21% in total viewers, and 60% with younger viewers.

MSNBC, which PoliticusUSA says has not been devoting as much time to the Republican primary, saw their viewership grow by 3% in Marcheven though their numbers with younger viewers fell by 3%. For the first quarter of 2012, MSNBC is up 1% overall, but down 6% with younger viewers.

Feeding the chooks. At least it’s an alternative to an extra  recycling bin. Residents of the French village of Pince are being offered a pair of chickens to cut down on organic waste. 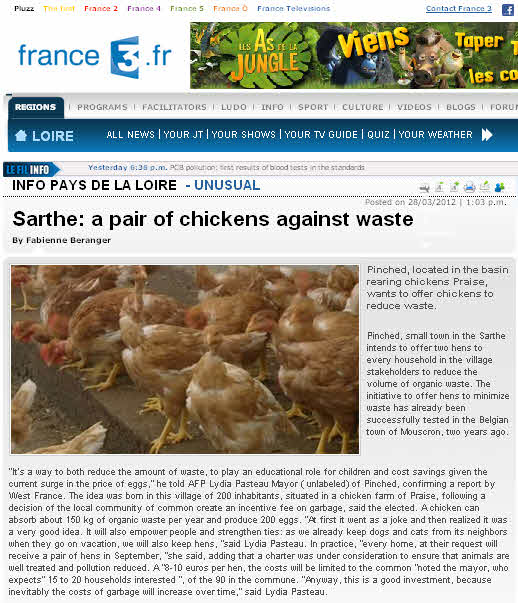 Apparently the initiative to offer hens to minimize waste has already been successfully tested in the Belgian town of Mouscron, two years ago.

The Scruggs pickin’ style. The banjo playing bluegrass legend Erl Scruggs died overnight but his memory will live on as the man who pioneered modern banjo sound using three fingers rather than the clawhammer style that, to quote NPR, “elevated the banjo from a part of the rhythm section — or a comedian’s prop — to a lead instrument.”

Hear for yourself as Ed Scruggs plays the iconic theme from the Beverley Hillbillies. 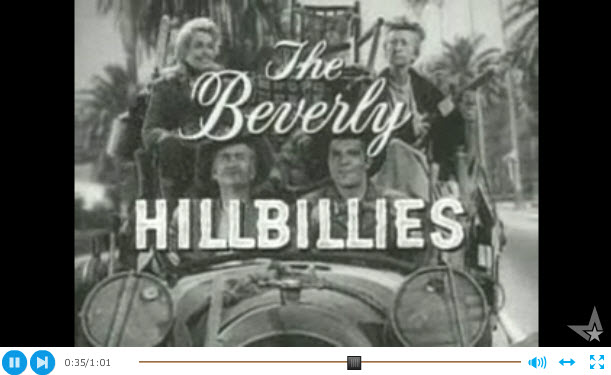