Screen Australia has defended its conflict of interest regime after recent funding decisions that benefited a director and a part-time employee who helps decide which films receive financial support.

Screen Australia has rejected any suggestions of conflict of interest after recent funding decisions that benefited a Screen Australia director and a part-time employee who helps decide which films receive financial support.

In a statement headed “Screen Australia clarifies managing conflicts of interest”, chair Glen Boreham said the government body’s conflict of interest policy ensured “that Board members and industry specialists employed by Screen Australia are not advantaged by their involvement” in the organisation.

“In essence, where an external consultant or Board member declares a conflict of interest in a project, they are then excluded from consideration of and decisions about that project,” Boreham said.

Screen Australia employs two part-time assessors who evaluate scripts and make recommendations to the Board or SA’s CEO Ruth Harley. However, they are often simultaneously involved in their own projects competing for a similar bucket of cash. Boreham said it was “vital” to continue to employ people working in the industry.

On Tuesday, Crikey reported that promising teenage love story Galore had received $720,000 in direct funding and an adaptation of Tim Winton’s novel The Turning had netted over $1 million. The executive producer of Galore is part-time Screen Australia assessor Victoria Treole and The Turning is a project of Screen Australia director Robert Connolly. Treole did not assess her own film and Connolly absented himself when the Board made its call.

The small scale of the financially precarious Australian film industry appears to produce perceived conflicts that would struggle to be tolerated in other fields. Screen Australia’s updated conflict of interest guidelines were partly influenced by an extraordinary sequence of events that unfolded in 2009 and 2010 that were later referred to the Commonwealth Ombudsman.

The Ombudsman investigated whether former Screen Australian script consultant Scott Meek  — who contributed to a negative assessment of the $6 million feature Brothers at War — was conflicted because he was later appointed as executive producer of another film, Griff the Invisible — that was was competing for Screen Australia funding in another round.

The Ombudsman backed Screen Australia’s explanation that during the assessment Meek was not aware of Brothers‘ potential to be in competition with his own project. He did not disclose the potential conflict during discussions with producers Wayne Groom and Richard Bradley over the Brothers script.

But to complicate the matter, Home and Away‘s Ryan Kwanten (“Vinnie”) — slated to appear as the lead actor in Brothers at War — was later cast in Meek’s Griff, a flop that ended making just $200,000 at the box office (including $US20,906 in the United States) when it was released last year.

At the time, Screen Australia argued that Meek was unaware of the Kwanten double-up and that a scheduling conflict wasn’t relevant because Brothers at War‘s planned shoot date was held over to 2010. Wayne Groom told Crikey that Screen Australia had also explained the evaluation was valid because Meek had relied on a readers report by an unnamed industry specialist, that he says was later employed on Griff.

Screen Australia Chief Operating Officer Fiona Cameron dismissed Groom’s suggestion as “delusional” this morning: “Applicants are all given a list of potential readers and they are able to disqualify any reader they say had been conflicted.”

Groom told Crikey that he had been blackballed following the Ombudsman dispute and was unlikely to receive Screen Australia funding in the future.

“The Australian film industry is operating under an oppressive monopoly. I tend to agree with Lynda La Plante’s colourful assessment that we are being governed by ‘idiots’ … Screen Australia is regularly abusing its power in this way. However it is a monopoly body and many filmmakers are reluctant to criticise for fear of reprisals,” he said.

Groom is now calling for an “independent inquiry” into all funding decisions by Screen Australia since its inception in 2008.

The Screen Producers Association of Australia is also demanding reform, arguing that a planned feature film consultant should be replaced with someone with a broader overview of the industry. Decisions on film funding under $1 million should be expedited, it said.

Lush cleans up at taxpayers’ expense 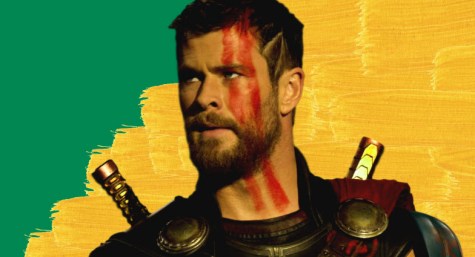