Crikey says: this editorial may contain traces of pastry puns

And you thought the political conversation here was paltry …

The scene setter: the UK Conservative government is planning to imposed a value-added tax on hot takeaway food and the fallout has been all-consuming. Welcome to Britain’s “pasty row“.

The British PM’s problems began (not problems, mind you, over cash for access to politicians, ties with News International or the latest review into the London riots) at the Treasury select committee this week when Labour MP John Mann asked George Osborne why he was imposing VAT on hot foods such as pasties. Then came the killer question: he asked the chancellor when he had last eaten a pasty at Greggs the bakers (one of the businesses objecting to the tax).

Osborne drew a blank. As The Guardian reported: “One tweet suggested he was then probably subjected to a Treasury presentation where he was told that pasties were ‘similar to mini boeufs en croute.'”

Cameron hit back with the revelation that he had just recently consumed a large “very good” Cornish pasty at a Leeds railway station, only for it to be discovered that the hot food vendor where Cameron said he purchased said pasty no longer exists.

Enter Labour leader Ed Miliband — keen to cash in on the Tories’ pastry-fueled pain — by stopping in at a local bakery to purchase a sausage roll, no doubt reinforcing to the UK masses that Miliband, unlike Cameron, is a man of the pastry-eating people … 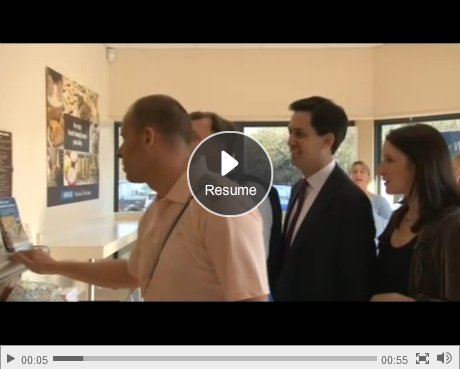 Unsurprisingly, the UK newspapers are having a field day with this: 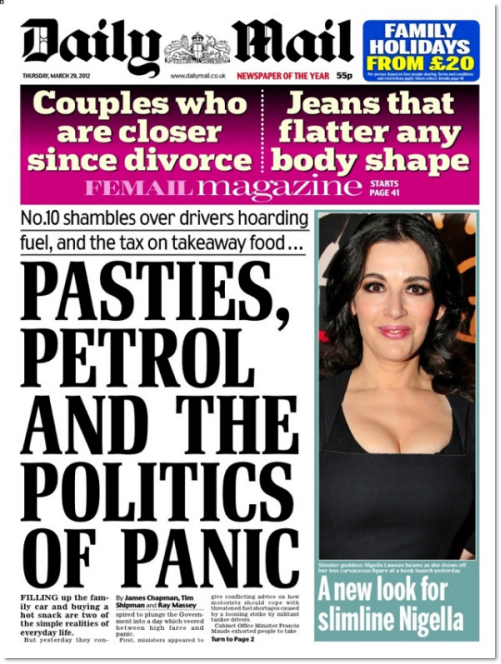 The Sun — described by The Guardian as “currently intent on doing over the Tories” — has typically had the most fun with this flaky political issue by today offering its readers a free “hot or cold” sausage roll:

Attention the team behind The Thick of It — your talents are no longer required.

The British PM and Opposition shun the gluten intolerant vote at their peril!

GerryOAP – me too! Animal, vegetable or mineral? And, who gives a flying?
If ever one wondered whether the Septic Isles are swirling down the gurgler, this sort of fin de siecle storm in a styrene cup must be indicative.
As IF Cameroon or Bumnosborne would deign to travel BR, let alone eat the food available on the litter strewn concourses.
The minority government is Oz is functioning well, the Greens will increase their vote in the next election but, in poor dysfunctional Blighty, Klegg (an oop north dialect word for a blood sucking insect)must be regretting his support of the tory party’s Bullingdon boys. Possibly already be considering resuming his previous employment as a ski pimp..err.. coach.