Sandilands ratings lowest in three years. An analysis of Sydney radio ratings shows the audience for 2Day FM’s troublesome breakfast duo Kyle Sandilands and Jackie O hit its lowest level for at least three years in the first ratings survey of 2012, and remained at a low level despite a recovery in survey two. While yesterday’s second ratings survey for Sydney showed a fall in the 2Day FM breakfast share, that didn’t quite give a complete picture of the impact on the audience for the breakfast slot, and the station as a whole from the latest Sandilands scandal.

Separate data on the Commercial Radio Australia website on the size of the actual audiences for the various stations in Sydney and the timeslots (breakfast, mornings, drive, etc) show the impact on the audience for the 2Day breakfast slot eased in survey two, although not all the sharp drop in listeners in survey one were recovered. The pair’s cumulative audience rose 13.9% or 65,000 in survey two to 530,000 (Monday to Friday) — but that was after it had slumped by more than 19% or 114,000 to 465,000 in survey one from 579,000 in the final survey of 2011. That in turn was a fall from 621,000 in survey seven of last year.

That fall in survey one would have rattled the cages of management. The 114,000 drop for Kyle and Jackie O in the same period was a major part of the fall, but the rest of the station’s line-up still lost 56,000 listeners, which is a significant fall. In fact, 2Day FM’s weekly cumulative audience is still 159,000, or 16% down from that 939,000 figure in the last 2011 survey. That will have cost the network money as advertising is short term these days and advertisers react to falls in audience figures by trying to negotiate lower ad rates.

It also helps explain why 2DayFM and Southern Cross Austereo management are going to fight very hard to defeat the attempt by ACMA to put a second condition on 2Day’s licence. They have no option. Even though Kyle Sandilands and Jackie O are diminished at the moment, they are still the key to the station recovering those lost listeners, as they did in survey two. Management would have been aware of the results of survey two before issuing the defiant media statement yesterday.

If they agree to the condition they face the possibility that listeners to Kyle and Jackie O will be tempted to go elsewhere. For example, rival FM stations Nova (up 89,000 listeners in the latest survey), Mix (up 53,000) and 95.3 (up 46,000) made solid gains in survey two and will be looking to raid 2Day’s audience in the next couple of surveys. — Glenn Dyer

Schembri saddles up at Fairfax and News? His Twitter profile still lists him as “a senior feature writer, film critic, columnist and pop culture commentator for The Age newspaper”, but it seems veteran buff Jim Schembri has quickly moved on following his departure from the broadsheet a few weeks back. Crikey readers will recall that the 28-year veteran exited the newsroom after Crikey published a series of articles revealing how he dobbed to the employers of his Twitter critics and hinted at taking legal action under the aegis of Fairfax Media.

But the irregular children’s book author will not be denied. Crikey understands he will soon appear as a freelance Herald Sun correspondent offering up his expert take on the Melbourne International Comedy Festival. And Jim hasn’t completely severed his Fairfax ties, hitting the 3AW airwaves yesterday arvo on Denis Walter’s show to reveal his top six Rod Taylor flicks and later blogging about it on the 3AW website. Walter producer Desi Leary told Crikey she will air a “trial where are they now?” Schembri segment every second Tuesday discussing the whereabouts of classic movie stars. Walter’s roster is now packed full of film experts with Jim Sherlock reporting on DVDs and Paul Harris on film. Before the footy season started, Schembri was also a regular guest on Tom Elliott’s 3AW weekend program, where he was recently introduced as “Australia’s leading independent film reviewer”.

Not quite a Hollywood ending but close to it.

Still, if Schembri does end up writing regularly for News and Fairfax he could encounter some difficulties from Fairfax management. Age editor-in-chief Paul Ramadge recently intervened following the departure of crack Age racing scribe Andrew Garvey for filing late night track results to both the Sunday Age and the Sunday Herald-Sun.  — Andrew Crook

Herald Sun’s all-body experience. The new Herald Sun website gives its star columnists legs. We’re not sure we like it … 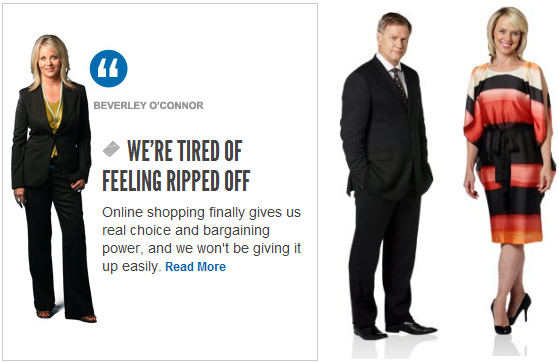 Front page of the day. The shooting of 17-year-old African-American Trayvon Martin by a white Neighborhood Watch volunteer George Zimmerman in Sanford, Florida has caused outrage in the African-American community. The situation now threatens to escalate into a nation-wide race row and now the debate is heading to Washington. Today’s Orlando Sentinel accurately evaluates the situation:

“BBC News journalists have been told that about 140 posts are to go in the next year, and programmes including Radio 4 current affairs output will be cut, as part of the Delivering Quality First cost savings.” — The Guardian

James Murdoch resigns from another board

“In a continuing effort to distance himself from News Corporation’s embattled British newspaper unit, James Murdoch has stepped down from the board of Times Newspapers Holdings.” — The New York Times

“US diplomats are transforming the way they work by embracing social media but a new report finds that approach is in huge contrast with their Australian counterparts.” — ABC News

“The assault on Homs by Syrian government forces has spawned a wave of video journalism by amateur filmmakers, determined to bear witness to what is happening – even if it means embellishing events.” — Channel Four

Austereo don’t have to accept the condition, unless they want the license.

Peak performers Sandilands and Jacki O set the standards of what is acceptable radio broadcast, based on what we let them they get away with, and how much they earn doing it! Put them off air for six months and lets see if they are still popular and top earners for the station. Edward James