For Kim Beazley all this speculation about US spy drones and Australian islands must be manna from heaven.

Bomber moves to centre stage. For Kim Beazley all this speculation about US spy drones and Australian islands must be manna from heaven. Our man in Washington used to like nothing more than contemplating strategic matters when he was still a Canberra based politician. 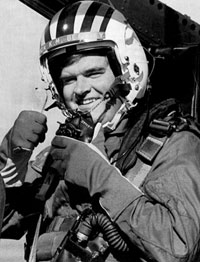 The source of this quote in the Post story from a senior Australian official who spoke on the condition of anonymity to discuss the military talks is not known but the cap would fit Mr Beazley:

“In terms of your overall influence in the Asia-Pacific zone, the strategic weight is shifting south.

“Australia didn’t look all that important during the Cold War. But Australia looks much more important if your fascination is really with the Southeast Asian archipelago.”

Memories of that birthday cake. It is as if only the name of the product has changed in the trip from Australia to Britain. John Hewson will surely have nightmares again as he reads of the problems UK Chancellor George Osborne is having with his “Cornish pasty tax”.

The problem results from a budget decision to impose value-added-tax on hot baked goods bought from supermarkets and bakers. After it emerged people could avoid paying VAT on hot baked goods if they wait for them to cool in the shop, the taxman has the problem of determining what temperature becomes hot enough to tax.

Memories of boat people being page one news. It happens with age I’m told but I could have sworn that increasing numbers of boat people were the subject of hysterical page one coverage in Sydney’s Daily Telegraph.

Apparently not because if it were so a paper of such balance surely would not have snuck away down near the bottom of page 11 the news that the number of asylum seekers coming to Australia has dropped in the last year?

I did notice, though, that that fine journalist Malcolm Farr, who used to add some sensible balance to the Terror before being banished to the news.com.au website, wrote a full and fair report on the United Nations High Commissioner for Refugees figures. Not that most people would have noticed it, tucked away as it was in the very small print. 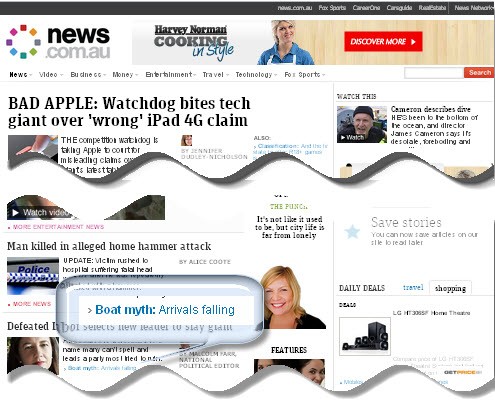 The profit in houses. You can take your pick of three different United States housing price indexes but they all tell a similar story: in real terms, all that house price appreciation in the ’00s — and more — is gone. 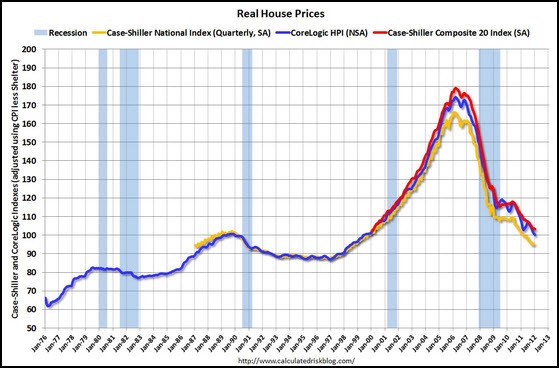 I wonder what page this appeared on?:

ASYLUM applications lodged in Australia last year increased 76 per cent on 2009, despite an overall decline in claims among industrialised nations.

The latest UNHCR figures on asylum trends also reveal the number of visa claims from Afghan refugees rose 277 per cent in the first half of last year for the Australasian region while the average in 44 survey countries was a decline by 5 per cent.

Australia receives more asylum applications from Afghanistan than any other country, followed closely by China and Sri Lanka.

Regarding Beazley paraoxysms over defence policy in the north eastern Indian ocean, it surely is about time Crikey did a clarifier on the controversial displacement of the indigenous OWNERS of Garcia Del Fuego island military based. Indeed if any US president is likely to bring some justice to that situation it might be Obama?

“All the inhabitants of Diego Garcia, regardless of ancestry or employment status, were involuntarily, and some claim, forcibly, relocated to other islands in the Chagos Archipelago, or to Mauritius or Seychelles by 1971 to satisfy the requirements of a UK/US Exchange of Notes signed in 1966 to depopulate the island when the US constructed a base upon it.[36] No current agreement exists on how many of the evacuees met the criteria to be an Ilois, and thus be an indigenous person at the time of their removal, but the UK and Mauritian governments agreed in 1972 that 426 families,[37] numbering 1,151 individuals[20] were due compensation payments as exiled Ilois. The total number of people certified as Ilois by the Mauritian Government’s Ilois Trust Fund Board in 1982 was 1,579.[38] This involuntary relocation decision remains in litigation as of 2010.[39][40]”

And then there is the medium, long term (ie 90 years) sea level change and fresh water supply issue.

Correction – Diego Garcia – not Garcia Del Fuego, which shows I was not much chop at high school geography.