More than 130 aged care campaigners descended on Parliament House last week as part of the Australians Deserve to Age Well campaign, which is calling for the Federal Government to commit to aged care reform in the forthcoming Budget. Claire Maskell from Palliative Care Australia, a member of the National Aged Care Alliance that organised […]

More than 130 aged care campaigners descended on Parliament House last week as part of the Australians Deserve to Age Well campaign, which is calling for the Federal Government to commit to aged care reform in the forthcoming Budget.

Claire Maskell from Palliative Care Australia, a member of the National Aged Care Alliance that organised the campaign, provided this summary.

Australians speak up: we deserve to age well

The message is clear: We can’t afford to wait any longer for aged care reform.

The facts are well known. Our population is ageing and by 2050, over 3.5 million Australians are expected to use aged care services each year –that’s three times the number that currently use the system, and it’s already buckling under pressure.

Trying to access aged care services is like navigating a minefield, it’s hard to know where to start, it’s inconsistent, and very complicated.

In-home support services are extremely limited and residential care based on arbitrary ratios, not demand. Dying well and with dignity is a key concern of older Australians, whose end of life care needs are not being met by the current system.

Australians are worried about how we will cope with the challenges of an ageing population. 80% of respondents to a poll, commissioned by the National Aged Care Alliance, believe Australia is not prepared to meet the task, and over two thirds would forgo a budget surplus to pay for aged care reform in 2012.

Yet neither the Government, nor the Opposition, have officially responded to the Caring for Older Australians report released by the Productivity Commission last August, which recommended comprehensive reform of the aged care sector.

It was for this reason that older people, their carers, and aged care workers arrived from as far away as the Gold Coast to sit in the Public Gallery during Question Time last Wednesday.

Joan Poole (pictured below) had made an early start from Bondi. She said:  “I am disappointed at the long delay the Government is committed to in acknowledging the report by the Productivity Commission. It’s very good sense and has very reasonable suggestions for improvements. I think this campaign has demonstrated the very great strength that the community has in supporting this sort of activity. The members who are here are only a fraction of the total support in the community for this change; I do wish the government would get on with it.”

Sid, who lives in the residential aged care facility Kangara Waters, Canberra, agreed: “I think you have to have a presence in Parliament so that the parliamentarians can see people are concerned, and then they can address the recommendations that have been made about aged care.”

Others, like Bethany Chadwick (pictured below), came to tell their personal experiences of the aged care system. She said: “My mother suffers from a number of complex chronic diseases and to get the care she needs is extremely difficult. I am literally terrified of how we will be looked after in our old age. It is bad enough now. I cannot comprehend how horrendous it will be in 40 years’ time.”

Louise Watters (pictured below) made the journey from Port Stephens to voice her concerns: “We’re the 3rd oldest population in NSW and we need a lot more support with aged care than what we’re currently getting. I think the campaign is great, but my fear is the government still have too many other issues on their agenda and ageing will get left off.”

The campaigners were well received by parliamentarians. Minister for Ageing, Mark Butler MP, came and spoke to people as they gathered for Question Time and acknowledged the role the National Aged Care Alliance is playing in keeping aged care reform on the Government’s agenda.

“The Alliance has put in a really good effort to make sure that everyone in this building [parliament house] knows the details of the Productivity Commission Report, the current pressures in the aged care sector, the Blueprint, and is well positioned to ultimately make a decision about reform.”

The campaign delegation was also acknowledged by the Prime Minister and the Speaker during Question Time. Unfortunately, Adam Bandt MP was not given an opportunity to ask his planned question on aged care reform.

Shadow Minister for Ageing, Concetta Fierravanti-Wells, addressed campaigners on the Parliament House lawn. She had asked a question about reform in Senate Question Time. “It has been 7 months since the release of the Productivity Commission report and we’re calling on the Government to give their response and to actually tell us what reform they do propose. That is the logical next step and that is what we have been pushing for.”

There is no doubt this action sent a strong message to all Canberra decision makers that aged care reform must be a priority for the 2012 Budget. The 28 member organisations of the National Aged Care Alliance have developed a blueprint for aged care reform which outlines how the major reforms needed can begin in a responsible way.

The Alliance is aiming to have 10,000 supporters sign up to support the campaign before May. You can lend your support aged care reform by following this link. 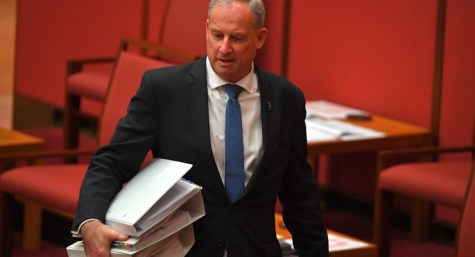 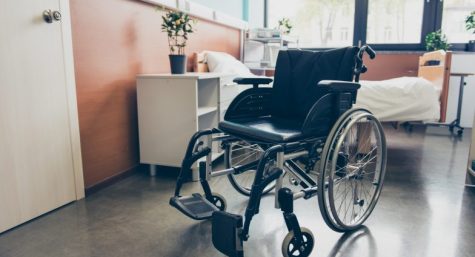