Is Fairfax paying the price for link baiting?

Yesterday afternoon, Fairfax Media released the first edition of its "media audience report", purporting to measure the media giant's centrality to the news and entertainment diet of middle Australia.

Yesterday afternoon, Fairfax Media released the first edition of its monthly “media audience report”, purporting to measure the media giant’s centrality to the news and entertainment diet of middle Australia.

“The report marks the first time any publisher has provided the market with full monthly sales and other audience information for print and digital editions in Australia,” the official release ran. “We’re leading the way in Australian news publishing once again,” reckoned Fairfax Metro Media CEO Jack Matthews.

Inside, the firm dished up a table providing a dizzying array of metrics including The Sydney Morning Herald‘s “monthly unique audience” (2.7 million)”, “time per person per month” (49 minutes) and web “page views” (156 million). But new data obtained by Crikey suggests that behind the bawdy headlines, the total picture isn’t quite so rosy.

Unlike News Limited sites such as The Australian and the Herald Sun, Fairfax has pursued a deliberate downmarket strategy of luring readers to the web with tabloid-aping CBD knife crime yarns that would never run prominently in their storied broadsheets. The apparent aim is to drive increased general traffic to the firm’s transaction sites like RSVP and Find a Babysitter. 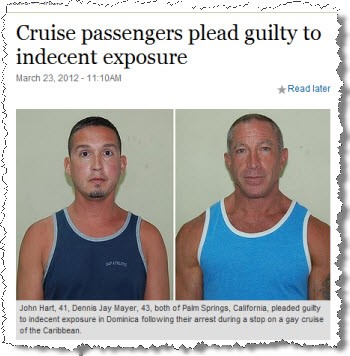 Launching his “Fairfax of the Future” cost-cutting initiative last month, CEO Greg Hywood denied that the decision to plaster his mastheads with linkbait might scare off blue chip advertisers more accustomed to glossy AB offerings like The Age (Melbourne) Magazine.

(To assist the advertising industry, the Australian population aged over 14-years-old is savagely divided into five segments (AB, C, D, E & FG) based on education, income and occupation. Each person is given a score according to their status in each category. The very exclusive AB socio economic group accounts for 20% of this cohort).

“There will be a varied content mix across platforms,” the former tourism chief said, adding that while his web audience was somewhat younger, the all important AB quotient was still being maintained.

But the latest Roy Morgan AB data, obtained by Crikey, shows that AB readers are beginning to steer clear of the two main Fairfax metro websites, smh.com.au and theage.com.au. Where 48% of visitors to the Herald‘s web offering were ABs (December 2010), that number had dipped to 46% a year later.

One former Fairfax insider told Crikey that the “mainstream” strategy was reflected in entertainment hubs like The Vine designed to draw in audiences between 18-39. In addition to the news sites, about 18% of Fairfax’s ABs are drawn from non-news transaction sites like Stayz, Domain, Essential Baby and MyCareer.

“The reason why their growth display advertising for their main online sites hasn’t grown in line with the industry’s display advertising growth is they were already charging a heap six years ago,” Colman said. “They’re finding that the click-through rate or reader quality has now deteriorated way below the premium reader quality they had before.”

Ad buyers and advertisers are beginning to question the portability of ABs from the broadsheets to online and are pressing Fairfax to disaggregate what they regard as an inferior delivery mechanism. Questionable audience niches don’t help — for example a story on Clive Palmer’s CIA Greenpeace conspiracy could easily turn up on the “environment” page.

Another problem relates to dwindling time spent reading websites in an era marked by short attention spans and competitors screaming about their latest ball-tearing exclusive.

Ten years ago, the average newspaper reader would spend 30 minutes leafing through their daily hard copy dose of news and opinion. According to data released by Fairfax to the ASX last month, smh.com.au readers spent 44:08 minutes reading the website, down from 47:45 in 2010.

Divide that by 30, and most online readers are only sticking around for about 80 seconds a day (Fairfax claims that the time on site is actually about 11 minutes, which would mean readers are only visiting the site four times a month).

“Although the absolute audience looks good, the engagement share of what people see on their video screens and the access to all sorts of competing information has meant the newspapers in two capital cities have lost an incredible amount of share,” he said.

Hywood recently noted that Fairfax’s total audience had increased 26% to 7 million with the growth of its web offering, and that the price of online ads had increased 18% in the last year. But that pales in comparison to the per-reader advertising premium once commanded by the paper’s print editions, where 70% of print ad revenue used to go to straight to the bottom line.

Another unresolved issue that has advertisers stewing is Fairfax’s continued use of online auto-refresh, a technology junked by many web publishers but one that has been retained by some News Ltd sites.

Auto-refresh extends the time that Nielsen’s tracking technology thinks a person is spending on the site by making the site look like someone is still browsing it when they may have opened a new tab in their browser, or moved away from the computer or decided to work in Word or Excel. (Nielsen currently counts a person as ending a session on a website when they close a window, navigate away to another website — or if they become idle for more than 30 minutes.)

Fairfax, by artificially stopping a user becoming idle through auto-refreshing every five minutes, gives the appearance their readers are spending a lot longer on the websites on average than they really are. Factoring in auto-refresh, a Fairfax reader could actually be engaged for just 11-12 minutes per month (or less than 30 seconds a day).

Alex Cass from the Audit Bureau of Australia recently held court to explain how one line of auto refresh code can create a false impression in advertisers’ minds, artificially doubling page impressions and quadrupling session duration.

But former Ikon Communications partner turned Spinach Digital General Manager Ben Willee questioned the relevance of Fairfax’s AB decline, telling Crikey that the online ad market was “highly technical and highly targeted” and that the loss of “a few points on premium” wouldn’t impact on the bottom line. Fairfax’s online offerings had always been a bit “down marché”, Willee said.

Hywood — with his hopes firmly trained on sidelining print in favour of a multi-platform media company amid a dwindling ad market — will be hoping he’s right.

Many of the AB’s aren’t even bothering reading the print edition of Fairfax. They’re going to the ABC or overseas newspapers like The Guardian or the New York Times.

Hywood and Matthews have a single tune about mass audience numbers and the reason is that neither has any ability when it comes to creating a compelling quality product. The fakers are faking and the dollars are the real scoreline.

+1 I’m sick and tired of my bandwidth being consumed by auto-start video’s that I’m not interested in viewing. Fairfax are just cooking the audience books.

Maybe the Fairfax papers are still a ways off being a discredited farce, like the Oz, but they are still nothing to be proud of. I would honestly be hugely surprised if any slightly upscale wonky person ever needed or wanted to spend more than 5 minutes there — especially on consecutive days. They just don’t offer anything of consistent value. You get parochial stories for those who want it, but their non-parochial stuff is often mediocre quality reporting on national affairs and a feed of international stories that are days and sometimes weeks old by the time they surface. Only a complete internet-neophyte in a nursing home could fail to note the stench of irrelevance.

I’m being a bit harsh, of course, because occasionally there is a worthy investigative reporting and opinion pieces to read. And I do value some of their regular contributors. But the point is staying around the masthead means putting up with all the serial mediocrity – particularly the stupid know-nothing babyboomer zeitgeists, and their crap-shoot idea of a market place of ideas – which in practice means them give an unfettered platform to intellectually vacuous rent-seeking IPA hacks to spout their recycled talking points almost every day. It’s insulting because it’s an affront to the audience that’s still vaguely invested in the better angels of the paper, and obviously, it’s part of the same transparent baiting approach we see elsewhere. But most importantly, it’s elevating a crude, hackneyed and rent-seeking version of conservatism that is crowding out real conservative counterparts with substance, who don’t offer anti-science manufactured polemic about global warming, plain packaging and the history wars.

I mean, where is The Age’s equivalent of someone like Ross Douthat at NYT or a Tyler Cowen? There are conservatives out there who are worth listening to.. Why can’t we hear from them instead of a vapid man-child like Chris Berg? It’s almost like over time they were worn down by Gerard Hederson working the refs against the ABC and Fairfax, and suddenly forgot it was a bunch of fallacious bullshit to declaim that the truth is the middle of any two points, and that every issue must have a conservative hitter designated by News Ltd.

And I don’t give the progressives voices a pass here either. Many of them are tiresome and need to be put out to pasture. I mean, there’s not even a single one there who can understand or write coherently about the NBN, including otherwise somewhat sensible people like Ross Gittens and Peter Martin.

They really need to rethink there approach. Have a look at getting people like Nate Silver and Ezra Klein — people who are actually philosophically and empirically literate, and not aging dinosaurs who are obsessed with the meta-game of savviness like Michelle Grattan.

This is a long-awaited explanation for people such as myself who have been dismayed by the exponential and stomach turning descent into obnoxious trivia at Fairfax on line,
Real news has disappeared in favour of minute comparisons of the Kardashian sister’s fat arses and pan-handling rubbish like “essential dog-turd”.