Waking up to a tasteless Taser at 2SM on the morning a 21-year-old was killed by a police taser, WIN TV weatherman hits out at "unprofessional claptrap" from breakfast TV, and other media news of the day.

Waking up to a tasteless Taser at 2SM. On Monday morning at 5am listeners of Grant Goldman’s 2SM Sydney talk back radio show heard this:

“[sound of rooster] WAKE UP! Or I’ll have to zap you [sound of electricity and someone screaming].” (listen to the audio here)

This of course came on the morning after the death of 21-year-old Brazilian student Roberto Laudisio Curti whose death is being investigated after NSW police used a Taser and capsicum spray to subdue him. The next day on The Goldman Show’s 2SM Facebook page the question was asked: “who would you like to Taser?” 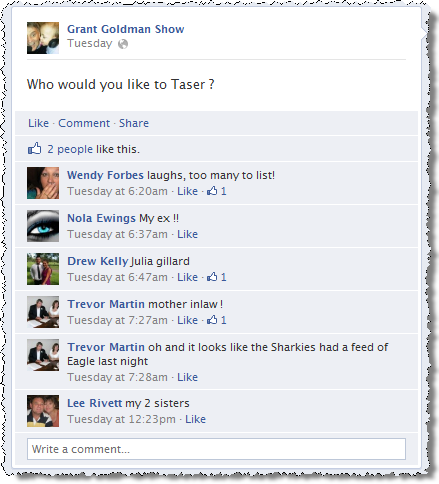 Oh the hilarity. Goldman would be known to Crikey readers for being a Wankley Award recipient in 2008 for these comments about former NAB CEO and current managing director and CEO of Australia Post Ahmed Fahour:

There’s a certain radio show we can think of that could do with a spark or two of taste. 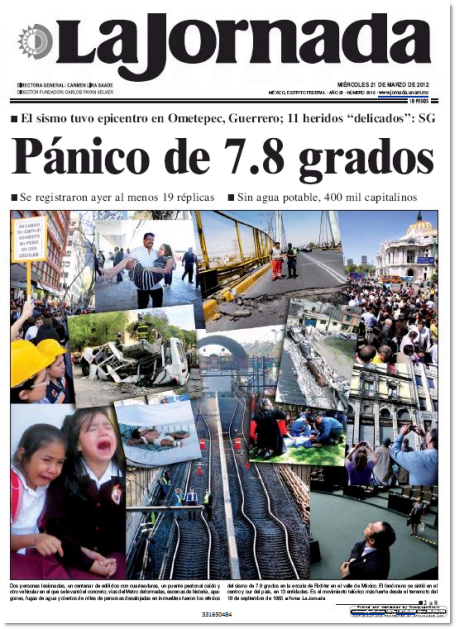 The Department of Corrections. In Tuesday’s Canadian newspaper The Globe and Mail a headline would have caught the eye of its readers — not only had former North Korean despot Kim Jong-il changed his tune on the monitoring of North Korea’s nuclear program but the famed cinefile and murderous dictator had risen from the grave after dying in December 2011: 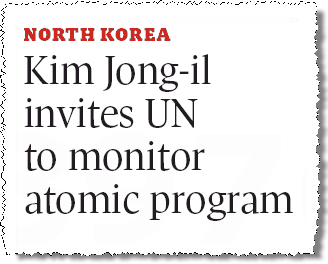 The Globe and Mail ran this correction yesterday:

Weatherman hits out at ‘unprofessional claptrap’

“A Victorian mum says she’s not embarrassed to have dropped a F-bomb live on national TV after winning $10,000 on Sunrise.” — Herald Sun

“The number of sporting events reserved for free-to-air television will be cut by about 300 under the new anti-siphoning legislation, which could give Communications Minister Stephen Conroy power to decide which football matches should be shown.” — The Australian