The perils of casual work: the world is not their roster

The ongoing casualisation of Australia's workforce may finally become a major issue at next year's federal election, writes Ava Hubble, a freelance writer and journalist.

The ongoing casualisation of Australia’s workforce may finally become a major issue at next year’s federal election. The Independent Inquiry into Insecure Work, chaired by a former deputy prime minister in Brian Howe, concludes its nationwide public hearings in Melbourne on Thursday. Hundreds of written submissions have already been filed by individuals, unions, academics and religious and other community organisations, including the Australian Council of Social Services.

The ACTU, which commissioned the inquiry, reports that about 40% of Australia’s workforce of almost 12 million is employed on a casual or contract basis. Consequently, many are well aware of the consequences of being left off a roster for the next shift or semester.

The hourly rate for casuals in the retail, hospitality, call centre and aged-care sectors is generally $17-23 and includes a loading in lieu of holiday pay, sick pay and long-service leave. These workers don’t  get paid if they are rostered off on a public holiday. Christmas, Easter and long weekends are now widely dreaded by many breadwinners because they are likely to result in loss of pay.

Time and again documents submitted to the Howe inquiry make the point that many of Australia’s casuals have not had a paid holiday in years. It is also reported that casuals front up for work when ill, rather than lose a badly needed day’s pay or risk being considered unreliable.

The National Tertiary Education Union reports in its submission that 60% of all university academic staff are now employed on a casual or contract basis (usually February to early December).  The union says these workers are not only left without pay during the long Christmas/New Year holiday season but left in limbo for weeks, wondering if they will be re-engaged for all or part of the next academic year.

State education unions report that school teachers and assistant teachers, even those willing to work in remote areas, are also the victims of the increasing preference of public as well as private sector employers to engage staff on a temporary rather than permanent basis.

But worse off are the factory and call centre casuals who, according to many submissions, do not know from one day to the next whether they will be rostered for the next shift. Consequently, church and community organisations report that many families are living in a constant state of anxiety about meeting basic living expenses.

Most banks will not lend to customers who don’t have secure jobs. Organisations such as ACOSS point out that, as a result, many casual workers can’t get a mortgage and are forced into expensive rental accommodation. Another concern is the blatant age discrimination in the workplace and the resultant loss of huge reserves of seasoned talent.

The inquiry has also been advised that some casuals are not building up much in the way of a superannuation balance. It seems that although many casuals are in constant employment, they are apt to go from job to job, working a few hours here, a weekend there and a few half days somewhere else. If they are paid less than $450 a month by any one of their multiple employers that employer is not required to contribute to their super fund.

What is particularly sobering about so many of the submissions to the Howe inquiry is the impression they give that a significant section of Australia’s workforce has lost its confidence and self-esteem. Those submissions convey the image of a cowed workforce so fearful of losing employment that they are collectively working millions of hours of unpaid overtime each year. In their efforts to stay on the right side of the boss, they are even confessing, in anonymous submissions to the inquiry, they have turned a blind eye to all sorts of anomalies, from accountancy to health and safety.

But caution is hardly surprising considering casuals can be legally dismissed, without compensation, at five minutes’ notice. Their chances of getting alternative employment are reduced if they can’t supply the phone numbers of three employer referees.

Those in insecure employment may well be the descendants of Australian unionists who successfully fought for conditions for working people that set international standards. But unions are on the nose; some of the submissions to the inquiry suggest that in many contemporary workplaces it’s unwise to even mention, let alone call for, the union. Requests for promotion and permanency are also generally unwelcome.

There is, of course, another side to the story. Employers have been ripped off routinely in the past. Thirty-odd years ago, when most Australians had a permanent job, some workers continually rorted the system. They took paid “sickies”, they were regularly unpunctual, they loafed on the job and bludged on colleagues. So secure were many jobs, especially in the public sector, that rogue employees literally did what they liked with impunity.

So no wonder legions of employers have so enthusiastically embraced casualisation. It not only allows them to save the cost of forking out for workers’ holidays, etc — it  enables them to get rid of perceived loafers and trouble-makers within five minutes. Again without cost.

Yet the Howe inquiry has been advised that Woolworths has found that its permanent employees tend to be more productive and creative.

It’s likely to take months before the inquiry assesses the vast amount of information submitted online and at public hearings. When Howe releases his report, the issue of insecure employment will no longer be the elephant in the corridors of power. 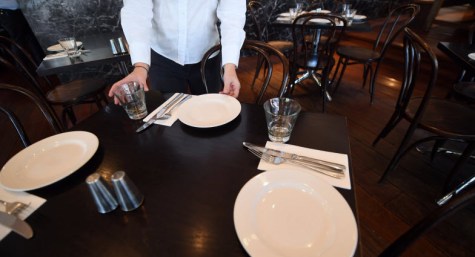 How many Australian workers are battling COVID-19 without leave? 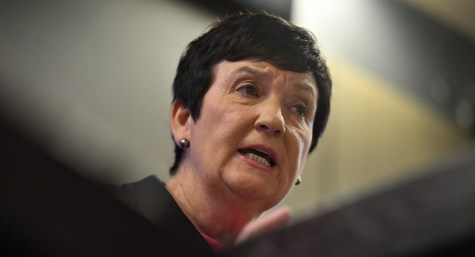 There is a real and genuine need for “casuals’ in the workforce but it has & is being wilfully abused by employers.

Given Abbott’s hostility to the workforce and his crawing to big
business the Gov’t should use this as a point of difference.

A casuals cannot borrow this suppresses demand and
reduces employment.

This should be made to be Abbotts'”Workchoice” doom

I am familiar with casualised nursing and teaching workforces. One major private hospital used to staff their wards with 100% casual nurses hired at start of shift once bed numbers were known, and it was very apparent to the patients and their visitors. Then we have all heard the stories of one casual minding a nursing home of bed ridden patients on a Sunday evening. That casual eventually wrecks their back lifting patients on and off toilets

How sobering to read Ava Hubble’s analysis, highlighting the ongoing destruction of fundamental & historically hard-won rights of employment protection for upwards of 40% of the Australian workforce.

Indeed, Hubble’s analysis stands in stark relief to the often glib & superficial observations made by Crikey luminaries, such as Bernard Keane & Glenn Dyer, when they periodically offer us their ruminations on the latest “pea & thimble trick” employment statistics, highlighting as it does the real underlying disease infecting our labour market: ‘underemployment’.

Of course, we are not witnessing the creation of a new ‘underclass’ in Australia: it’s already well & truly established. That its creation over the past decade or so almost passed unnoticed is probably testament to the absolute powerlessness of this group (a majority of whom are women) to materially improve their circumstances, find a political voice & share in some of the benefits of our economic ‘miracle’ on the one hand, whilst the rest of us have been preoccupied with surviving or getting our ‘work/life balance’ in order, on the other. And even if we had been paying attention, there is the constant distraction of the whinging & whining of Abbott & co, who would have the world believe that the evil activities of the current government are destroying businesses by the thousand every day.

Of course, if we don’t care about 40% of our fellow Australians & the insecurity & hopelessness that characterise their daily existence (the great ‘American Dream’ – minus the rewards), then, at the very least, we should still be looking at this issue through the lens of self-interest, because it will get worse.

If Julia Gillard & her faux Labor pals, including the ‘angry ant’, Wayne Swan, were at all serious about “building tomorrow’s economy” they would be out & about highlighting the real state of the Australian labour market & the growing threat to employment security looming for the overwhelming majority of Australians, instead of engaging in useless ‘tit-for-tat’ exchanges with the self-interested party animals from the big end of town.

In fact, wouldn’t it be fair to argue that a ‘Labor’ Party genuinely interested in protecting & promoting the employment rights & economic security of all working men & women, couldn’t & wouldn’t be doing much else?