Is Bligh sinking or swimming?

Anna Bligh surely reached a new level of the art with her weekend announcement of free swimming lessons for her state's children if she is returned to office.

Anna takes baby kissing to new heights. Priceless images from the Queensland election campaign trail yesterday — under the Bligh government “every Queensland toddler will be entitled to 10 free swimming lessons designed to waterproof them in the pool, in dams or creeks and rivers” as part of a $77 million water safety scheme. Cue vision of Premier Bligh actually IN THE POOL with cute water baby. These kinds of images on the evening news are worth their weight in electoral gold …

OK maybe not drowning baby … certainly baby seems to be having a good time, unlike this particular Mitt Romney baby photo op fail … 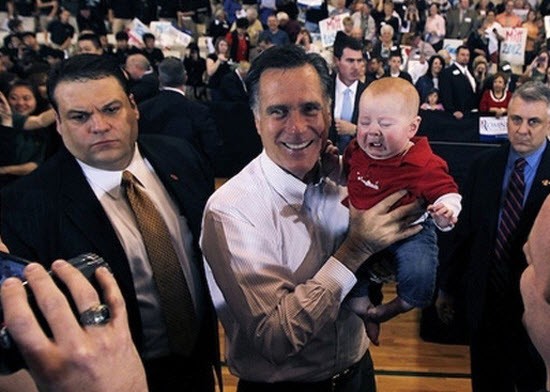 That wonderful *asterisk*. It wouldn’t be an election campaign without it really — the little magic sign that indicates the details are to come. Liberal-National Party leader Campbell Newman has reverted to it when asked where the $3.6 billion or so worth of money for his promises will come from. They are apparently to be funded by savings yet to be announced. And to be followed, no doubt, after the election by that other hardy perennial that having examined the books we discover that things are much worse than we were told and thus many of the $3.6 billion of promises are unfortunately now inoperative.

Giving them more of what doesn’t work. It seems to be a feature of social engineering that when an attempt to change public behaviour fails you just increase the dose of the failed medicine. The latest example comes from the Centre for Alcohol Policy Research which says that a major overhaul of guidelines for the safe consumption of alcohol seems to have had no impact on Australians.

A survey found that only 7% of males and 8% of females accurately estimated they should consume no more than four drinks per occasion to reduce the risk of short-term harm. Seventy per cent of young people aged between 14 and 19 overestimated the number of drinks that could be consumed in one session to avoid short-term harm. So the suggested answer? More public education is needed to make people aware of the guidelines advising that men consume no more than six and women no more than four drinks on a single occasion.

The notion that most people are never going to take any notice of recommendations that stops them having a good night out continues to be ignored.

Driving away from the median. Striving for the middle ground has been the key element of election campaigning in most democracies for decades now, with one consequence being that differences between major parties blur.

But this year in the United States at least things are different, with the Republicans, under the influence of Tea Party members on economic matters and devout Christians on social ones, forsaking the centre and adopting more doctrinaire positions than those held by what The New Yorker this week calls the median voter … 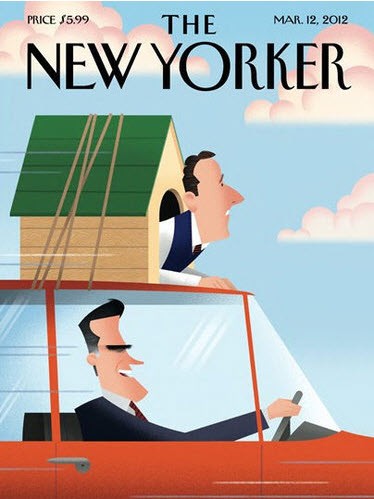 “A more recent theory about parties better explains the G.O.P. race. In 2008, John Zaller, a political scientist at U.C.L.A., and three co-authors — Marty Cohen, David Karol, and Hans Noel — published an influential book, The Party Decides, in which they claim that Downs had it all wrong. The activists, not the candidates, are the crucial players who define and control a party. Interest groups and partisans, like the ones who organize and attend CPAC, care a great deal about policy and ideology, not just about electability, and they decide who gets nominated. Zaller and his colleagues dub them ‘intense policy demanders,’ which, in today’s G.O.P., includes all the familiar factions: religious leaders, gun enthusiasts, business élites, anti-tax activists, foreign-policy hawks. Their mission is to find the most extreme candidate who can win.”

It is a daring Republican strategy that is giving their Democrat opponents hope that they can keep the presidency despite the long lingering effects of the international financial crisis. Whether that happens or not will perhaps depend on how quickly someone can emerge from the ruck to become an “extreme” candidate capable of moving back closer to that median voter.

So far the opinion polls have had 11 different leaders in the Republican race with the current selection being Mitt Romney, whose past actions as a state governor suggest that he is capable of the requisite change of course once assured of the nomination.

Romney’s next big test comes tonight our time when 10 states vote in primary elections or in caucuses. The market as measured by the Crikey Republican Election Indicators has him leading in seven of them with Rick Santorum in front in two and Newt Gingrich in one.

A new version of ministerial responsibility. I am sure there are politicians everywhere aghast at the trial now underway in Iceland that sees the country’s prime minister at the time of the global financial crisis in Rekjavik on charges of negligence. Geir Haarde faces two years in jail if convicted of “gross negligence”, for his lax oversight of the country’s banks, even after being warned that the financial sector had over expanded.
I suppose it’s one way of keeping the b’s honest.

“The activists, not the candidates, are the crucial players who define and control a party. Interest groups and partisans, like the ones who organize and attend CPAC, care a great deal about policy and ideology, not just about electability, and they decide who gets nominated. Zaller and his colleagues dub them ‘intense policy demanders,’ which, in today’s G.O.P., includes all the familiar factions: religious leaders, gun enthusiasts, business élites, anti-tax activists, foreign-policy hawks. Their mission is to find the most extreme candidate who can win.”

Nope – their mission is to find the candidate that most expresses their views. The GOP has now gone so far off with the fairies that finding a candidate who can win against Obama is only the position of a minority. Blind Freddy can see that of the entire Republican field only Romney has a hope in hell of appealing to the American centre, and so can the Republican establishment. It’s the “intense policy demanders”, who now call the shots, who can’t stand him. The Republican party has spent thirty years courting fanatics, and now is hoist by its own petard.

IMHO if the Republican candidate is Romney they’ve a good chance of winning. But they way things are going they’re going to put forward a 21st century Barry Goldwater and get thrashed.