Seven’s profits down … Anonymous arrests … a Boots and all story …

In today's Media Briefs: A news story, Boots and all ... Front Page of the Day ... Seven reports fall in first half profit ... Premier Media Group rebrands to Fox Sports Australia and more ...

A news story, Boots and all. Crikey‘s story of the day comes all the way from the UK’s Mid Sussex Times February 27 edition. The headline — “Early customers find Boots closed” — and its opening paragraph — “Early shoppers at Boots in South Road, Haywards Heath, found the store closed this morning” — got our attention, but it was the accompanying image that was the real kicker: 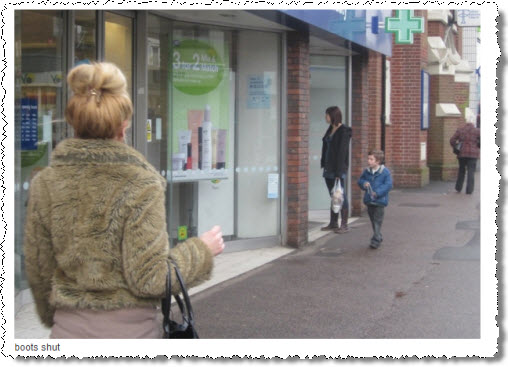 Such was the popularity of the story — it was covered by national UK news outlets through morbid fascination — that a follow-up was required the next day and was headlined: “Tremor through Twitter and web fans at Boots closure story“.

Mid Sussex Times reporter Phil Dennet had a firm grasp of the reality of the situation:

“The reaction, or rather over-reaction, from the media seems rather surreal but it is amusing. It was just put up to inform people of a minor piece of news; no big deal.

“A lot of the comments have said it must have been a rather slow news day. Well, most days are indeed slow hard news days in Mid Sussex, with a very low count of the murders and disasters that make up the diet of newspapers, radio, television and websites. That’s why people love to live here.”

After all, all news is local.

Front Page of the Day. Sometimes a newspaper front page is so bad it’s good. Sometimes. 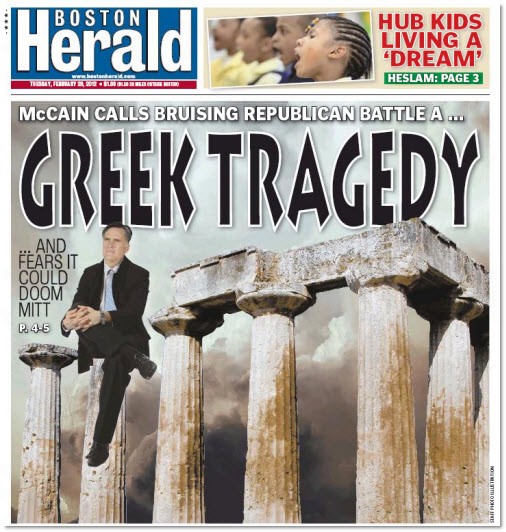 “Seven Group Holdings has reported a steep decline in first half net profit as it wrote down the value of its media investments.” — The Australian

“Premier Media Group, the owner and operator of the Fox Sports group of subscription television channels, will change its name to Fox Sports Australia.” — Media Spy

“Police in Latin America and Europe have apprehended 25 people believed to be members of Anonymous, the international group of hackers and ‘hacktivists’, according to Interpol.” — Mashable

“Simon Hughes told the Leveson inquiry that he outed himself in a 2006 interview with Trevor Kavanagh of the Sun after a journalist from the tabloid had rung him to say the newspaper had his personal telephone call records to show he had called a gay chatline.” — The Guardian

“ABC Washington Cameraman, Louie Eroglu, has been awarded the 2012 Video Photographer of the Year by the White House News Photographers Association for the second year in a row.” — TV Tonight

“A wounded British photographer who had been trapped in the besieged Syrian city of Homs was spirited safely into Lebanon on Tuesday in a risky journey that killed 13 rebels who helped him escape the relentless shelling and gunfire.” — The Washington Post

“The head of a private Somali radio station shut down by Islamist militants has been killed outside his home, an eyewitness has told the BBC.” — BBC

“The New York Times has launched a Tumblr full of pictures that have been stashed away in its archives for decades.” — Fishbowl NY

Apple may have a paparazzi problem

“Depending on the time of month, developers and tech bloggers tend to be either upset about the supposedly overly strict rules in Apple’s App Store or concerned that the company doesn’t better police its own standards.” — The Atlantic Wire

How LulzSec kept itself safe during the summer of “lulz”

“Last year, a group of hackers calling themselves Lulz Security (LulzSec for short) caught the internet’s attention with a series of high-profile data breaches and website takedowns. Throughout that period, the group’s own website proved impervious to rival hacking attempts, thanks to an online security service called CloudFlare.” — New Scientist