WikiLeaks fires back with the Global Intelligence Files

In what appears to be another iconic leak stripping bare the inner workings of the global intelligence community, WikiLeaks has this morning announced the release of five million emails stripped from the servers of shadowy private intelligence network Stratfor in what they've labelled The Global Intelligence Files.

In what appears to be another iconic leak stripping bare the inner workings of the global intelligence community, WikiLeaks has this morning announced the release of five million emails stripped from the servers of shadowy private network Stratfor. They’ve labelled the release The Global Intelligence Files.

WikiLeaks says that it will disclose the email trails that stretch from March 2004 to December 2011 over the next few months.

The Julian Assange-vehicle today named Bhopal’s Dow Chemical Co., Lockheed Martin, Northrop Grumman, Raytheon and government agencies, including the US Department of Homeland Security, the US Marines and the US Defense Intelligence Agency as high-powered Stratfor clients.

The Texas-based company is run by former academic and war games aficionado George Friedman. Strafor is paid by US multinationals to get the inside word on economic and political developments and also pays an extensive network of insiders to spill their guts on the real state of affairs inside the corridors or corporate and government power.

Many of the emails clearly state they are for “internal use only” and should not be revealed or forwarded on “pain of agony”.

In one instance, Friedman urges one of his employees to seduce an Israeli intelligence informant in order to get the scoop on Venezuelan President Hugo Chavez.

“[Y]ou have to take control of him. Control means financial, s-xual or psychological control… This is intended to start our conversation on your next phase.”

Another tranche discusses the set-up of a strategic investment fund run by the Goldman Sachs Managing Director Shea Morenz , to “utilise” Stratfor’s unique access to intelligence to roll the dice on global financial markets. The investment of over $4 million would “use Stratfor’s intelligence and analysis to trade in a range of geopolitical instruments, particularly government bonds, currencies and the like”.

Another purports to shine a light on dodgy 2008 Democratic Party campaigning techniques, claiming that ballot boxes were “stuffed” in Philadelphia and Ohio on the election night and that the party had paid Jesse Jackson hush money to rein in his apparent anti-Semitism. It also claims Barack Obama had been the recipient of “sleazy Russian money”.

Another reported whispers that John McCain had been “set-up” to lose by forces linked to Dick Cheney and George Bush.

A spokesperson for Julian Assange did not immediately return calls this morning. Earlier, he told Reuters that “here we have a private intelligence firm, relying on informants from the US government, foreign intelligence agencies with questionable reputations, and journalists. What is of grave concern is that the targets of this scrutiny are, among others, activist organisations fighting for a just cause.”

The leak is believed to have been obtained from the same source as an Anonymous-linked hack last year that revealed the credit card details of 30,000 global subscribers, including prominent Australian Stratfor fans Malcolm Turnbull and David Smorgon.

The hack is now apparently being investigated by the FBI.

Pre-empting the release of the leak last month, Friedman said that “God knows what a hundred employees writing endless emails might say that is embarrassing, stupid or subject to misinterpretation… As they search our emails for signs of a vast conspiracy, they will be disappointed.”

At one point, Stratfor was also mulling assisting companies to hit back at employees encouraged by WikiLeaks’ previous diplomatic cables disclosures by getting on the leaks “gravy train”: “Could we develop some ideas and procedures on the idea of ´leak-focused’ network security that focuses on preventing one’s own employees from leaking sensitive information.”

WikiLeaks does not currently have an arrangement with a local media outlet to receive its exclusive scoops. The website will hold a press conference later today London time at behind Julian Assange’s favoured podium at the Frontline Club in Paddington.

The filth and the fury (and the catfood): Stratfor talks WikiLeaks 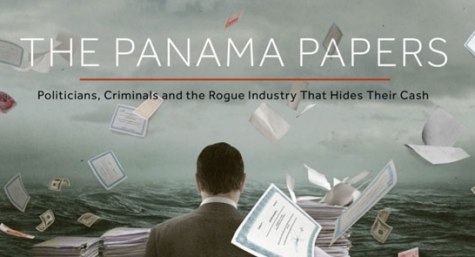 Julia Gillard has a lamentable record on the rights of Australian citizen
Julian Assange, even to the point of having made prejudicial and untrud
statements about him. So where is the Coalition? Where are George
Brandis, Malcolm Turnbull, Greg Hunt et al. to stand up for Australian
citizens only being tried in Australia for offences against Australian law
and certainly not extradited to the US to languish in gaol while waiting
for a highly politicised and only superficially similar legal system to
work its way slowly towards a dubious outcome unprotected from
the grossest libels in the media?

Anyone interested in the future of information, in general – gov dirty tricks, economics, political – should consider how the major credit card companies have almost total control over cash flow to any organisation that threatens the Establishment.
Whatever happened to Wikileak’s alleged cache of information on the world banking system? Seems that the announcement of its imminent release preceded the Swedish matter.

I love this quote in his resignation email, “Regarding the latest breach, Stratfor is fully in control of the situation.”

Well that’s it I’m convinced. Hang on how is it that I can read that email again?