Crikey reader Niall Clugston sent this comment in today: “Perhaps this current crisis could be an opportunity for political commentators to admit that, for all his faults, Mark Latham was telling us the truth. But, then, they have egos bigger than politicians.”

Let’s take a trip down memory lane. It’s the ABC’s AM program, on the morning of Thursday, September 15, 2005. Kevin Rudd is responding to accusations in the newly-published The Latham Diaries — among them that Rudd was a terrible piece of work, addicted to the media and leaking, King of the Caveats, a junior minister at best, and that Latham would like to make him “minister for the Pacific Islands”.

At the time, Rudd understandably took umbrage at Latham’s characterisation, and his version of several key events. But that’s not the most illuminating part of this particular interview:

“Alex, it was just sad that we’ve now got a former leader who thinks that it’s a smart thing to try and sink torpedoes into the show. I don’t think that’s going to work, I think it’s perhaps part of Mark’s recovery therapy out there in Latham land, wherever that is. But the bottom line is this, the party’s bigger than that.”

Not merely is Rudd now sinking torpedoes into the show, the Gillard camp are responding in kind in a civil war that suggests suppressing the anger of June 2010 has merely delayed its explosion, not calmed it.

As Bernard Keane suggests today, the Labor implosion currently occurring isn’t just about Rudd’s popularity versus Gillard’s caucus support — it reflects a party that has become hollowed-out, uncertain of its way, and no longer able to rely on its factional system to provide discipline and structure. This has been a long building, and goes back much further than 2010. 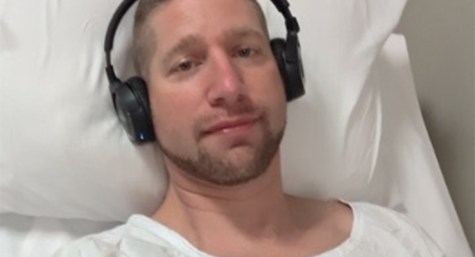 ‘Pushed out of the emergency department’: a patient’s monkeypox ordeal 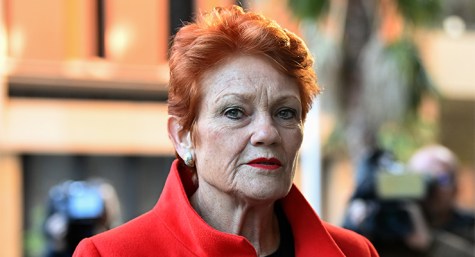 Rudd’s also the “Manchurian Candidate” the party
hierarchy, in their infinite wisdom, chose to make leader…..
now where’s that “Queen of Diamonds”…..?

I think this is essentially a News Corp media industry dynamic.

News were to get the Aust Network as a pay off by Rudd, they reciprocated with career support.

As always its in a context, which was the miner’s coup on Rudd over tax, and Gillard cleaning up the miner’s slaughter. Not to forget Kevin’s medical probs affecting his personal style – potentially resolved now.

So after the AN thing was scotched by Conroy et al, News ramped the negative polling in alliance with the conservatives. Then last week we saw the brazen editorial over the Convergence Review to beg off any regulation of the ratbag right wing press who barely have a scintilla of regret over their role in little things like the GFC destruction of economic value, let alone the disastrous Iraq war. How gormless they must think all the people are to believe their free market blank cheque rant. More like corporate dictatorship gone bad.

What are Gillard and Rudd’s views on media regulation? That is the real leadership issue at hand, and holds within it the outcome of the next federal election, as well as the fate of sundry independents and back benchers.

But our politics is adversial. If party loyalty is to be paramount, we might as well have a one-party state with a choreographed personality cult.

Rudd’s skills as a leader are a perfectly legitimate matter for public debate. As are Gillard’s.

The problem here is we have a shallow popularity contest between two leaders who are only there by default, who aren’t popular or particularly skilful.

If Rudd was so impossible to work with, as claimed by his former cabinet members, then my question to each of those whingers is: “why didn’t you simply resign from cabinet?”

Had there been mass resignations — as one would expect if the claims are true — then Rudd would not have a leg to stand on.

But no, you’d rather whinge to each other and keep accepting the salary than take any sort of principled action.

The OZ MSM on behest of the “1% “manufactures these “crises” in order to destabilise and undermine this to them “unacceptable” government. They are maintaining the often not so subtle indoctrination process of the other “99%” of the population. The ongoing manipulation and bombardment with false and misleading “infotainment” appears to be successful.
Unfortunately for Australia even the publicly funded broadcaster with its flawed charter is no exception.
Under ideal circumstances the focus should be on “policy” not on “personalities”. There has to be an emphasis given to the comparison of the slow and cautious “progressive” and the non-existent or carefully hidden “conservative” agenda.
Let’s just put it in the too hard basket, it isn’t sexy enough, doesn’t make money and just simply works against the “vested interests”!