Government’s growing enthusiasm for handouts is on display, with Anthony Albanese releasing draft legislation to give the Australian shipping industry $62 million in annual tax benefits and concessions. Glenn Dyer and Bernard Keane report.

The government’s growing enthusiasm for industry handouts was on display yesterday when, with politics and the media dominated by the argy bargy over the prime ministership, Infrastructure Minister Anthony Albanese released for comment draft legislation to give the Australian shipping industry $62 million in generous annual tax benefits and concessions.

Under the proposed new laws, some of the world’s biggest and richest shipping companies would register here and benefit by dipping into the pockets of Australian taxpayers — groups such as Japan’s Mitsui OSK, Singapore’s Neptune Orient, Evergreen of Taiwan and the world’s biggest container line in Maersk. Passenger vessels and groups such as Cunard, Carnival Cruises or P&O will be able to take advantage of improved depreciation value and a generous definition of shipping to include passengers as well as cargo.

Albanese spruiked the changes in The Australian:

“Our industry has declined from 55 ships in 1995 to just 22 today. This is despite the fact Australia accounts for 10% of the world’s sea trade. But while 99% of our international trade is carried by ships, only 0.5% of that is carried by vessels displaying the Australian flag … With so few ships, an ageing fleet and a declining workforce, our industry is facing extinction. Such a collapse is not just an economic tragedy. There are security and environmental reasons an Australian shipping industry is essential.”

Albanese, at least, didn’t hide what the “reforms” on “our blue highway” were about:

“At the heart of the package is tax reform. We recognise foreign operators enjoy very competitive rates. We want not simply to catch up but to lead them. Thus the tax arrangement agreed to includes a proposed zero tax rate. In other words, Australian-based companies with vessels registered here, including those that will operate internationally, will pay no company tax. There are conditions: ships must be Australian-flagged, they must embark on training new mariners, once they elect into the exemption they must remain there for 10 years and there will be a 10-year lock-out period to curb tax avoidance.”

It’s the oldest protectionist argument of all — the foreigners are wasting money subsidising an industry, so we should too. The $62 million total isn’t a lot in the scheme of things, but that’s how a lot of old-style protectionism started as well.

And nowhere does Albanese address the question that must always be asked: who will benefit?

An explanatory paper issued yesterday had the detail and its devils. Section 2 is the important one, detailing just what “shipping” will meet Australia’s low bar:

But tugs and offshore vessels (working for oil companies, maintenance groups, explorers and services groups, especially in the busy waters off the northern WA coast) are explicitly omitted. It seems they don’t do the same work on “our blue highway” that cargo and passenger vessels do for the country, even if their work is very necessary to generating national income.

But here’s why the legislation is a rort. Right now the global cargo industry is depressed because of oversupply of all sorts of ships, from giant tankers to huge iron ore, coal and grain carriers. Too many were built from 2008 onwards, too many remain to be built and delivered over the next three years. The only vessels not in oversupply are LNG tankers, which have been mopped up by Japan in the aftermath of Fukushima.

Global shipping rates as measured by the Baltic Dry Index have slumped to near-record lows, not because there is a downturn in demand (far from it, especially in iron ore, coal and grains and oil), but because of the expanding oversupply. BHP Billiton, Rio Tinto, Fortescue, Xstrata and other companies charter these ships on a short-term basis and don’t worry where they are owned; all they are interested in is cost, safety levels and reliability. These ships are mostly already owned and operated from low-tax countries or countries offering flags of convenience.

And who else ultimately benefits from this? The Australian shipping industry, such as it is, mainly consists of the Maritime Union of Australia. The MUA will be the big winner from incentives for training and local crewing. As Albanese points out, the Australian seafaring workforce is declining and ageing. Taxpayers will be helping to revitalise the union’s membership.

Finally, the claim by Albanese that “cleaner, better maintained Australian ships” would be better for our “precious marine ecosystems” is a furphy. Clean, well-run ships are possible now, just better, tougher and more vigilant supervision is needed (and would be needed in the case of more Australian-owned-and-crewed vessels). The same applies to better security.

We don’t need an Australian fleet that’s not commercially viable; Australian ships are no automatic guarantee of more environmentally friendly operation or better security. It’s how the regulation and oversight is carried out is the key to prevent or stop problems happening. That’s the government’s current and future responsibility at all times, not just through a nice tax fiddle. 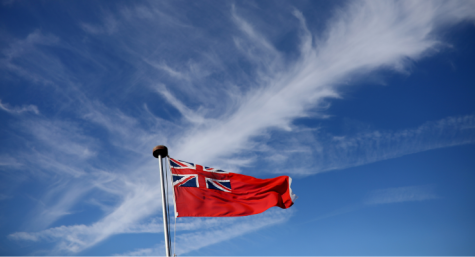 An ensign of the times: should Australia have a shipping fleet flying a national flag?

Australia’s export market to be held ransom by China’s ships?

Come hull or high water, it’s time to get really tough on ships of shame

If you can get a crew from the 3rd world to work for $5.00 dollars a day to work on Australian flaged ships you would need too spend a lot of tax payers money to make it viable. We need jobs for the vast unskilled masses that are on the dole and we cant expect that money supply to keep coming in future.

Another union focused rort. Albanese is a complete and utter disgrace. Tax payers dollars are being used to nothing more than boosting union membership. This is another appalling misuse of political power by the Gillard government.

Serious question. What will Australians do once we outsource all of our jobs in the name of efficiency?

Depending on what is meant by ‘outsource’, no country can outsource all its jobs: waiting on tables, caring for the infirm, nursing and teaching all have to be done on shore. Since services account for the big majority of jobs in all advanced economies, there will remain plenty of jobs even if most jobs in the primary and secondary industries were exported.

But employment need not even fall in Australia’s primary and secondary industries if Australia increases its innovation in these industries.