The move to force Afghan women to cover up on TV

The Afghan government's directive last week to mandate the compulsory wearing of headscarves and the removal of make-up among the country's 100 female TV presenters has been slammed as "thin edge of the wedge" by the country's chief media transparency organisation.

An official Afghan government directive telling the country’s 100 female TV presenters to wear headscarves and remove make-up has been slammed as the “thin edge of the wedge” by the country’s chief media freedom group.

Abdul Mujeeb Khalvatgar, the trailblazing executive director of media advocacy body Nai, said the announcement was “akin to prescribing medicine for a healthy person, and Nai … regards this action as illegal unnecessary and inflammatory”.

The quasi-fatwa inspired by the Ulema council of Islamic scholars deigned that “all the TV networks are in seriousness asked to stop the female presenters from appearing on TV without a veil and with dense make-up … all the female newscasters on Afghan TV channels are also asked to respect Islamic and Afghan values”.

But Nai, set-up by Internews with USAID funding in 2005 to document threats to journalists, said the re-assertion of Islamic diktats would “sacrifice hard-fought media freedoms”. The move signalled a grim portent for the country’s woman broadcasters, who would suffer increased persecution and surveillance if religious hardliners got their way.

After a paucity of viewing options under the Taliban, Afghanistan now boasts about 25 active TV stations, including several run by former Brighton High student and Bell Potter Securities trader Saad Mohseni. Mohseni was one of the first people Rupert Murdoch followed on Twitter and maintains a partnership with News Corporation through his Moby Group and the popular Tolo TV.

In 2005, Tolo presenter Shaima Rezayee, who fronted the MTV-style show Hop, was murdered after public criticism from a Supreme Court justice. Rezayee wore a headscarf and a small amount of make-up on air.

Journalists have framed the latest announcement is a Trojan Horse for ever-tighter crackdowns as fundamentalists look to exert increasing influence and control in Kabul.

Former radio journalist-turned Nai researcher Zarghoona Roshan said that “the government wants to show they are like the Taliban” while Ariana Television Network newscaster Nasrin Nasrin said that “imposing more restrictions on presenters adds to their feeling of being caged”: “It prevents them from performing their jobs, such as reading news, well. And they will feel more uncomfortable.”

The claims were dismissed by Culture and Information Minister Sayyed Makhdum Rahin, who said suggestions the move was designed to appease the Taliban were “disgusting and hateful”.

Each month, Nai distributes a well-read “Media Watch” report documenting the atrocities committed against the country’s journalists, with deaths currently running at a rate of three a year. The latest edition shows a 35% increase in violent incidents against media in Afghanistan. The 80 cases investigated by Nai included three murders, six serious injuries, two abductions, 33 physical assaults and 21 cases of threats against journalists.

Nai says that well over half of the 80 investigated cases, 49 were committed by government officials, nine by the Taliban, four by international troops, and 18 by unidentified individuals. Many expat journalists inside Afghanistan remain hesitant to venture outside their Kabul compounds without a military shield.

Among its many triumphs, last year Nai successfully demanded an investigation into the death of Ahmed Omed Khpulwak, an Afghan journalist working for the BBC.

The probe revealed that he was shot numerous times by NATO-forces, not by Taliban insurgents as was previously suggested. He was supposedly mistaken as a suicide bomber, despite holding up his media ID card at the time of shooting. His family have since refused financial compensation offered to them by NATO, and have instead demanded Australian visas.

The entirely Afghan-operated Nai recently set up a Nai Media Institute and is taking enrolments in a two-year diploma of media course designed by the former head of the Australian Film Television and Radio School Steve Ahern. 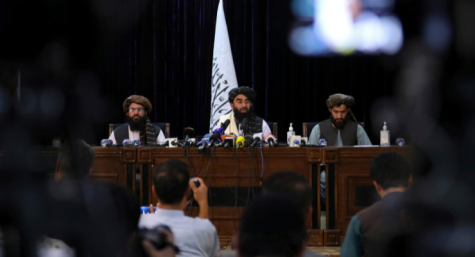 Future Afghan government will include Taliban