The United Nations has highlighted the depletion of the world’s precious soil resources as one of the world’s biggest environmental challenges, and says that boosting soil carbon will play a critical role in slowing and halting the growth in greenhouse gases in the atmosphere. The issue of soil erosion, its potential impacts on underground aquifers, […]

The United Nations has highlighted the depletion of the world’s precious soil resources as one of the world’s biggest environmental challenges, and says that boosting soil carbon will play a critical role in slowing and halting the growth in greenhouse gases in the atmosphere.

The issue of soil erosion, its potential impacts on underground aquifers, the threat to forests, peatlands and grasslands, and the issue of dealing with nuclear waste are the principal themes of the United Nations Environment Program’s (UNEP) 2012 year book.

But it is soil, and the carbon that is stored within it, that is the major focus of the report — a fact that may not be lost on the political opponents in this country, who have been arguing about how much focus should be put on soil carbon within Australia’s own emissions abatement efforts.

The UNEP report suggests the amount of carbon stored in top metre of soil alone is around 2,200 billion tonnes, or three times the level currently held in the atmosphere. However, it notes that soil carbon stocks are vulnerable to human activities and can decrease significantly and rapidly in response to change in land use — such as crop tillage, deforestation, unsustainable agricultural and foresty practices and urban development.

The problem occurs when the soil’s organic matter is broken down, causing some carbon to be converted to carbon dioxide and then lost from the soil. UNEP estimates 60% of carbon stored in soils and vegetation has been lost since the 19th century when there were big changes in land use. The organic matter is also crucial as it binds the nutrients needed for plant growth and allows rainfall to penetrate into underground aquifers.

UNEP also warns that more than 20% of forests, peatlands and grasslands in developing countries alone could lose vital ecosystem services and biodiversity by 2030, with the draining of peatlands (which hold one third of the world’s soil carbon) the biggest concern. It already contributes 2 billion tonnes of CO2 emissions a year, the report said.

“Soil carbon is easily lost but difficult to rebuild,” the report said.

To try and redress this situation UNEP suggests changes in agricultural methods such as reduced tillage and the careful use of animal manure or chemical fertilisers and crop rotation, and to encourage this through financial incentives, such as payments for carbon storage, and the international trade of carbon credits for soils. It says improvements of grasslands offer a global greenhouse gas mitigation potential of 810 Mt of CO2 up to 2030, almost all of which would be sequestered in the soil.

This has particular relevance in Australia, where carbon farming is one of the aspects of climate change policy that enjoys bilateral support, even if there is a difference between the two sides of politics on the scope of its role.

The Coalition, which opposes a carbon price in the form of a tax or a trading scheme, is banking on soil carbon delivering at least 60% of their targets, or around 85 million tonnes of Co2-e by 2020. The government, though, has taken a more modest approach, with its Carbon Farming Initiative likely to only account for 5% of emissions permits in the initial phases of the carbon pricing scheme.

Soil carbon will only be one of a number of different approaches in the CFI — others include landfill gas, abatement in piggeries, savannah burning — but it is likely to be several years before methodologies are agreed on soil carbon, a point underlines by UNEP, which spoke of the “critical need” to develop universal ways to measure, report and verify changes in soil carbon over time.

One of the weaknesses of the Coalition’s climate policy was that it relied so much on yet-to-be-agreed science to deliver on its 5% emissions reduction target. “The lack of adequate methodologies and approaches has been one of the main barriers to accounting for the significant mitigation effects that land management projects can have,” UNEP noted.

Meanwhile, despite bipartisan support for the CFI, the program is likely to get off to a slow start, according to experts and potential participants, because of the uncertainty about the overall carbon pricing scheme, concerns about the fall of the international price on carbon, and the painstaking process of approving new methodologies. The Carbon Market Institute on Monday launched its official guide for business on the CFI, in conjunction with Ramp Carbon and legal firm Norton Rose.

Seb Henfest, from Bloomberg New Energy Finance, said the price of permits generated under the CFI will be greatly impacted by the price of international permits, and the floor price in the Australian carbon scheme. The current expectation is that Australian market will trade at or around the $15/t floor price when the market-based scheme is introduced in 2015. The difficult for carbon farming projects in Australia is that investors may find it more attractive to buy permits on the international market, rather than having to invest “up front” for Australian projects.

“If the carbon price is low, it will be a challenge for the market,” he said. “If it is high, it could be a bonanza.”

David Ayre, from the National Farmers Federation, said soil carbon was of critical importance to Australian farmers because it could be married into cropping and grazing practices. However, he said while there was great interest in the initiative, many Australia farmers needed to see that the initiatives could generate a scale that warranted the investment.

Without the scale, forestry might be the only attractive part of the CFI, which was a potential negative for food production. He said the NFF was keen to establish a series of “model farms” that might display how the CFI would work. 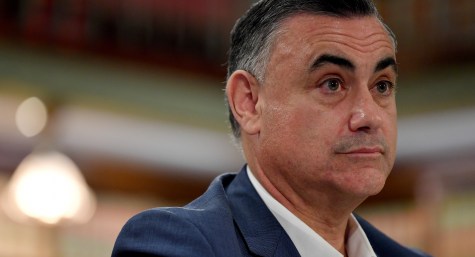 Yes, carbon depletion in our soils since white settlement and the widespread use of monoculture practices has led to significant reduction in food nutrition, especially in the last 30 years. We have one crop grown, everything else killed with herbicides and pesticides and phosphates and nitrogenous fertilisers thrown in for good luck. Totally unsustainable and not very healthy. Without worrying about carbon credits we urgently need to review our growing practices and return carbon to the soil. Ask the biochemists they will tell you how.

Michael, a biochemist can tell you how to measure the imbalance and might be able to theorise about what to do. But ultimately the cropper, grazier, irrigator, vintner or other kind of farmer will have to create, develop and implement practices which bring about the changes. And still stay on side with Woolworths, Coles and the banks. That won’t be easy. Just ask a biochemist.