The Age apologises after Drewe article uses quotes from The Echo

The Age has been forced to apologise after an article by hallowed literary figure Robert Drewe contained numerous unattributed quotes from another journalist and appeared to invent others out of thin air.

The Age has been forced to apologise after an article by hallowed literary figure Robert Drewe contained numerous unattributed quotes from another journalist and appeared to invent others out of thin air.

On February 4, The Saturday Age‘s Life & Style section ran a Drewe piece (since removed from the web but reproduced below) reporting from the annual rodeo at Byron Bay.

The January 12 event had been picketed by activists from the lobby group People for the Ethical Treatment of Animals concerned about the bulls’ and broncos’ rough treatment.

Michaels wrote the following sentence: “According to Des Bellamy, local activist for PETA, bulls and broncos are terrorised into action. ‘Flank straps are either tied to their g-nitals or they place a burr underneath them’, he says.”

Drewe used the “flank straps” quote directly but then appeared to turn Michaels’ “terrorised into action” paraphrase into a direct quote from Bellamy.

Bellamy told Crikey today that he hadn’t spoken to Drewe for two years.

Then, further down the column, Drewe quoted the rodeo’s co-owner, Ian Bostock, in exactly the same manner as Michaels.

Michaels: “Bostock also points out that his animals are purchased from the slaughterhouse.”

Drewe: “Bostock said his animals were actually very lucky: ‘For a start, we buy them from the slaughterhouse, so they’re already ahead.'”

Bostock later confirmed to Michaels that he had never spoken to Drewe, either in person or over the phone.

At the start of the piece Drewe also noted two PETA signs saying “buck the Rodeo” and “Nobody Likes an Eight-Second Ride”, in precisely the same manner as Michaels.

Saturday’s apology admitted the Drewe column, which has been removed from both The Age and Sydney Morning Herald websites, was a “serious breach of editorial standards” but did not directly apportion blame. When contacted by Crikey this morning, Drewe said that he would talk “later in the week always appreciating your company’s ownership of the paper involved.”

When asked whether he had actually attended the rodeo on January 12, Drewe responded “Yes of course. Who would miss it?”

The prominent author is an avid Echo reader and lives within its distribution area.

In an email sent by Drewe to Echo journalist Simeon Michaels last week and obtained by Crikey Drewe apologises and claims that “during the editing process the words ‘told the Echo‘ must have dropped off that quoted paragraph.”

“Mistakes happen in newspapers, as you and I’m sure The Echo knows. The column has a 700-word limit and bits are often lopped off — usually the joke in the last paragraph,” Drewe wrote.

But in another email seen by Crikey, Age associate editor Roslyn Guy explicitly denies that The Age was to blame.

“I have spoken to the editor of Life and Style, the section in which his column appears and have verified that the mistake was the columnist’s alone.”

It seems Drewe has previously drawn inspiration from The Echo‘s colourful pages.

In 2009, Echo columnist Mandy Nolan wrote a piece on the death of Byron Shire’s giant prawn, that jokingly suggested that the prawn be relocated to a lighthouse site so it could become “Australia’s most easterly prawn”. Just 11 days later Drewe wrote his own version that quoted a presumably fictional “Justin Q” from the “Northern Rivers Big Prawn Liberation Movement” as calling for the erection of “Australia’s most easterly prawn”.

Drewe was a junior reporter with The West Australian and later served on The Age and The Australian.  He is the author of bestselling novels The Shark Net and The Drowner. 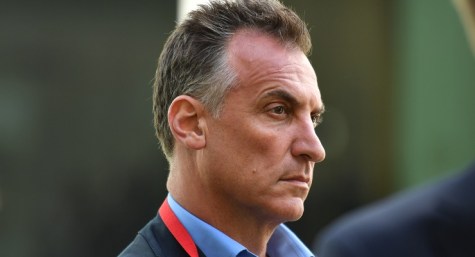