Guilty confessions of an Australian republican

For Australian republicans, Prince Charles has often been seen as an easy target. The hopeful theory goes that Australians are pretty fond of the Queen, but when she eventually departs this Earth or abdicates to finally put the feet up, tempers will quickly fray at some of the attitudes and antics of her heir. It is all a bit nastily ad hominem at times, almost as if Australian republicans — having run the wrong strategy and lost the political battle for the present — are now taking it out on the nerdy kid.

Part of the armoury of common invective has been to denounce the heir to the throne as a bit of a whacko greenie, with emphasis on the alleged habit of talking to plants and the faith in organic food. In his recent (and rather dubious) Quarterly Essay, for example, economist wunderkind Andrew Charlton seizes on Prince Charles as an example of all that is wrong with the green movement.

But it is wrong to reduce Prince Charles’ environmentalism to having a natter to the odd geranium and support for organic farming. When it comes to generating serious international environmental policy and political momentum, the Prince is no crank.

The limitations of constitutional monarchy mean that it is not possible or desirable for Charles to advocate any political program. (Of course for the “Dodo is still alive” gang of climate sceptics and others, merely admitting the existence of environmental problems may be regarded as “political” but let us put them to one side for present purposes). The extent of these restraints has proven controversial for Charles in other contexts. However, it is entirely legitimate and even desirable for the Prince to use his considerable profile and resources to bring people together, focusing minds on the issue at hand.

And you can bet your packet of Duchy Originals that when the Prince’s team extends an invitation for a chat that the acceptance rate is pretty high.

The PRP produced a significant political result in the establishment of a widely subscribed inter-governmental process for generating finance to tackle deforestation. That the process has sunken into the morass that encumbers all multilateral climate politics at present is known to be a deep disappointment to the Prince, but all he can appropriately do is continue to draw attention to the issue.

The PRP has since evolved into a broader concern, the Prince’s International Sustainability Unit, with a mandate across a wider range of big environmental problems. Recently it was the turn of the oceans when the Prince launched his marine initiative to invited guests in Fishmongers’ Hall in South London. Introduced by master of ceremonies Justin Mundy — a man with a voice and turn of phrase so (“if I may say so, frightfully,”) mellifluously posh that he makes Charles sound like a commoner — the Prince gave a typically measured address.

The Prince’s environmental speeches tend to follow a similar pattern: gratitude to people for sparing the time; description of the crisis; noting the range of wisdom in the room and then urging all concerned to focus on finding solutions. It is HRH in full Lorax mode.

The neutrality of the Prince means that, explicitly at least, the messy business of politics and political economy stays outside. Of course it is stating the blindingly obvious to note that the Prince is located within a set of power-structures that normalise a bunch of things — super-big capitalism, the colonial legacy, etc — that are highly political and deeply problematic. But the paradox of Charles — and an enduring feature of the British class structure — is that he also has (to some extent) the eccentric freedom to call it like he sees it. The result is a view of the world that combines a sharply bracing honesty about the scale of the problem combined with the mild prescription that the decent chaps in the room should get on and sort things out.

The profound value of the Prince’s interventions lies in elevating the profile of the issues and in the gathering and promulgation of policy ideas. Take the marine environment. It can be a lonely life working on fisheries policy. Nobody really wants to discuss mackerel quotas at a dinner party and it is unlikely that Swanny will want to swap the Treasury for fisheries any time soon. But in global terms, fish stocks are increasingly buggered (to use the technical expression) and the ocean marine environment is in desperate trouble.

It is a guilty confession of an Australian republican, but there’s no doubt that a bit of royal pizazz is pretty useful in raising the profile of some often forgotten issues. 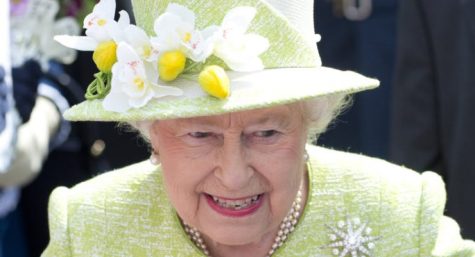 Razer: yes, I love the Queen

well, at least charles idsdoing something, unlike our head of state, Clive Palmer.

Good to see someone in a position of power and importance taking the time to try and solve real problems that are usually left in the “too hard” basket.

Fact is the hateful Murdoch press are staffed by mangy dogs.

If we are going to use an argument of not liking the monarch as a reason for a republic, we’ll never get there. We need to persuade people that we are our own nation now and don’t need a hereditary head of state that is also the head of state of umpteen other countries.
Although Clive Palmer and his Mate Gina are making a good effort of telling us how things should be run. Funnily enough, although they’re both successful in business they got their starts on the inheritance bandwagon too.

I would like to ask everyone the question as to why are so many politicians wanting to spend so much time and $millions in an effort to create one new job at the cost of sacking the Queen.?

Why? Why? If any republicans are not happy living in Australia, there are many other republican locations they could immigrate to. Russia, China, or perhaps the USA where they might be able to offer there services with the great knowledge our home grown republicans possess.

The only reason I can conclude is that our politicians including Turnbull, is that they want more POWER? Power gained by changing the current constitution or we can have a another political coup and start a second republic…would be a lot easier dont you think?

Why on earth would anyone want to change the great system we have now, even though we are already currently having Presidential style elections betweem Rudd and Gillard as we write. Who cares about our monarchs personalities or bedroom activities…who cares when we have enjoyed such a comfortable standard of political stability for over a century.

Is one job that important to spend so much effort so Rudd will be able to achieve a Presidential status using our military? Is that what our republican twits want?

Hopefully our vast majority of citizens many who have excaped tyranny will know better when be are forced to vote again…hopefully later rather than sooner.