The Communist Party only has one option: it has to avoid a bust at all costs, and continue to make like the fireworks and boom, writes Matthew Clayfield, a freelance correspondent, in Beijing.

Arriving in Beijing during Chinese New Year celebrations is a little like flying into a war zone. The machine-gun fire of the crackers and the mortar blasts of the rockets start jangling nerves around noon and continue long into the night. Driving through the city in a taxi, you are treated to at least 10 fireworks displays on any given evening, random flares finding the gaps between buildings and bursting on either side of the ring road. In the morning, the streets and alleys are festooned with scraps of red paper, the remnants of the firecrackers that, during the night, had you waking up up in a cold sweat, convinced that your hour had finally come.

It would be easy to read all this pyromania as pent-up political frustration. Easy, but not necessarily accurate. Reading China is like reading tea leaves: it involves a great deal of guesswork and a great deal of projection. Not that this stops people from trying. Foreign policy wonks and commentators have spent the greater part of the past two months doing just that.

Those who predicted an Arab Spring-like uprising at the beginning of last year have necessarily revised their positions, but only insofar as to admit that they were off by about 12 months: this year, such commentators staunchly maintain, the revolution is on for young and old. Those who insisted there would be no such uprising last year have continued to insist that there won’t be one this one.

Pointing to the Chinese Communist Party’s forthcoming congress, which will see more than 60% of its central committee, including President Hu Jintao and and Premier Wen Jiabao, stand down in favour of a new generation of leaders, both groups agree on only one thing: in a year as important as this one, with the whole world watching its every move, the party will brook even less dissent than it already brooks, which is another way of saying no dissent at all.

Not that dissent is especially visible on the streets of the capital, of course. China’s domestic tourism industry is booming and the primary goal of that industry is to inculcate a sense of loyalty to the regime. In the National Museum of China’s permanent exhibition, “The Road to Rejuvination”, fascinated out-of-towners pore over wall panels about the failures of democracy, the inevitability of socialism, and the necessity of uniting behind the party’s leaders. (The exhibition’s last room, dedicated to pictures of Hu meeting US President Barack Obama and attending meetings of world leaders, including Kevin Rudd when he was still prime minister, is the weakest. One assumes that it has been designed for easy dismantling later this year.)

If they don’t pore over wall panels about the Great Leap Forward or Cultural Revolution, that’s only because there aren’t any. Not much appears to have happened in China between Mao’s proclamation of the People’s Republic in 1949 and Nixon’s visit to the country in 1972.

Dong Xiwen’s painting of the former event, Founding Ceremony of [the] People’s Republic of China, is the centrepiece of an even more popular exhibition, “Masterpieces of Modern Chinese Fine Arts”, which is dedicated almost entirely to aesthetically subpar paintings of Chairman Mao. (My favourite image was Al Zhongxin’s Crossing the Yellow River at Night, a blatant and inferior rip-off of Emanuel Gottlieb Leutze’s Washington Crossing the Delaware.)

But not even the famous portrait of Mao on the Gate of Heavenly Peace compares to the real thing, which is why hundreds of visitors file through daily to pay their respects to his waxwork corpse. The mountain of flowers at the mausoleum’s entrance may look artificially large, but enough people buy them, and bow to the marble statue of the long-dead dictator as they lay them at his feet, to suggest that its height is an accurate representation of the florist’s profit margin.

As armed guards usher you quickly through the tomb, and you glimpse the dead man’s face protruding from a pair of well-pressed fatigues wrapped tightly in the old hammer and sickle, the displays of reverence, and the tears they occasionally give way to, all feel uncomfortably real. The line may include a morbid sceptic such as your correspondent, but it mostly consists of true believers.

Back out on Tiananmen Square, past the kitschy stalls selling Mao memorabilia, it is difficult to square the square’s touristy vibe with the image in your head of Wang Weilin, the man who, on June 5, 1989, stood alone before a line of tanks on Chang’an Avenue. (The shot of him standing motionless is perhaps the most famous, but the real victory of the ironic mind over the literal one was when he sidestepped to prevent the tanks from going around him.)The throng around the square’s flagpole at sunset clearly doesn’t have the same problem. A Swedish tourist who attended the ceremony a day earlier tells us that he saw a man arrested by the police for producing a small stack of flyers, but we aren’t so lucky as to see the veneer crack. We just have two English-speaking Chinese girls express their condolences when we tell them that we don’t have any such twice-daily displays of patriotism back home. It is not until the flag ceremony is over, and the square has been emptied of everyone but the ubiquitous armed guards who patrol it, that Tiananmen begins to feel like Tiananmen should.

If the Great Wall of China is the enduring symbol of the Qin and Ming Dynasties’ all-consuming paranoia, then Tiananmen’s steam-punk streetlights, festooned with no less than seven security cameras each, are surely that of the Communist Party’s.

In his recently translated book of essays and poems, No Enemies, No Hatred, Nobel Peace Prize winner Liu Xiaobo writes critically of this tendency towards forgetfulness and the official policy of encouraging it:

“Unrelenting inculcation of Chinese Communist Party ideology has … produced generations of people whose memories are blank.

“The post-Tiananmen urban generation, raised with prospects of moderately good living conditions, [want only] to become an official, get rich, or go abroad … They have no patience at all for people who talk about suffering in history … A huge Great Leap famine? A devastating Cultural Revolution? A Tiananmen massacre? All of this criticising of the government and exposing of the society’s ‘dark side’ is, in their view, completely unnecessary. They prefer to use their own indulgent lifestyles plus the stories that officialdom feeds them as proof that China has made tremendous progress.”

For now, memory, and indeed any action resulting from it, seems to be the province of writers such as Liu and artists such as Ai Weiwei, the former who has been in custody since 2008 on charges of “inciting subversion of state power”, and the latter who, so to speak, is currently between arrests. Beijing’s 798 Art Zone, in Chaoyang District, is one place where politics aren’t taboo. While it would be unrealistic to expect explicitly anti-regime or even pro-democratic work, it is interesting to note that the most common critiques tends to be, not of authoritarianism as such, but rather of capitalism and the regime’s obsession with the almighty yuan. As with Liu’s moral critique of the Communist Party and the brutalising effect of both its socialist and now state-capitalist policies — “The craze for political revolution in decades past,” he writes, “has now turned into a craze for money and s-x” — Liu Jiahua’s paintings express a profound discomfort with the effect of the country’s rise on its sense of tradition and ethics.

In Floating Garden 2, Chinese houses float in a vat of brown liquid, while a bulldozer from one of the country’s innumerable construction sites tears down a wall on which a bookshelf’s contents sit waiting to topple. In the even more striking Red City 22, an image of what may have been the Summer Palace has been eroded away, with only the slightest hint of it remaining on a grotesquely pockmarked concrete wall.

It is difficult for a non-Mandarin speaker to gauge how widely these concerns are held among the population at large. A British student studying Chinese in Nanjing tells me that all that locals ever want to talk about when he shows even a little knowledge of their language is their distaste for the government. The only thing they have a greater distaste for, the student continues, is the idea of actually doing anything about it.

On Beijing’s Wangfujing and Qianmen Streets, one gets the sense that this latter distaste might have something to do with the indulgent lifestyles derided by Liu and with a deep-seated reluctance to put them at risk. If Tiananmen evokes Washington, DC’s grandiosity, and certain of the city’s hotel strips the trashy vibrancy of Vegas, then Wangfujing is its Times Square and Qianmen its Fifth Avenue — or at least they are until 11 o’clock, when the subway system shuts down for the night, serving as an unofficial but nevertheless effective curfew.

While Liu stresses the moral deficiencies of China’s rise, and while an increasing number of analysts predict a hard landing for the country’s economy later this year, it seems silly to expect any sort of popular action against the government until, like members of the middle-class elsewhere, those who populate such shopping districts begin to feel that their ability to do so is threatened.

Far more than the examples of Chinese democracy in places such as Taiwan and umbrage at the treatment of political prisoners such as Liu — far more, even, than resentment at the kind of crony capitalism and corruption that lines the pockets of the elites in the upper echelons of government and that has played such a crucial role in Russia’s recent opposition protests — this will be what convinces the people to stand up and insist on their rights. Having finally attained a certain standard of living, they are now loathe to relinquish it.

Which is why the Communist Party only has one option: it has to avoid a bust at all costs, and continue to make like the fireworks and boom.

Matthew Clayfield is a writer and freelance correspondent. He has made his way to Russia to report on the presidential elections for outlets including Crikey. 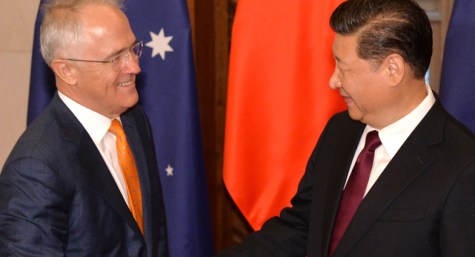 China as repressive as ever, but Australia lacks Hawke’s moral fibre 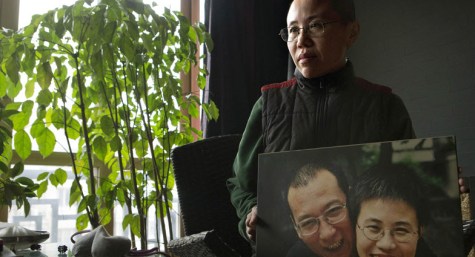