Keynesian purists are all clutching their foreheads, but actually it’s pretty fabulous that Australia’s politicians are competing with each other to promise budget surpluses.

Keynesian purists are all clutching their foreheads, but actually it’s pretty fabulous that Australia’s politicians are competing with each other to promise budget surpluses: it’s so much better than the appalling tax cut and spending competition of the past decade led by J.W. Howard.

Politicians can really only be trusted with emergency fiscal policy, such as when they flooded the world, and Australia, with blind government spending in late 2008. Otherwise borrow only in recession please, and at other times make outgoings less than incomings.

Central banks are running the global economy now, not finance ministers and bureaucrats. Elected governments are either tapped out or, in the case of Australia, splendidly sidelined by the potent political symbolism of surplus budgeting.

The European Central Bank and the US Federal Reserve are using the rather novel strategy of printing money for financial speculators to play with to try and avoid another collapse and recession. Quantitative easing in the US’ and the ECB’s LTRO strategy involve flooding the system with cheap money knowing that it won’t be lent but gambled on carry trades and asset punts.

The result, as we begin 2012, is rising asset markets. In the US it’s shares and property, in Europe all-important sovereign bonds, specifically in Italy and Spain. This morning’s contraction in German industrial production, however, as well as the continuing weakness in US employment (highlighted by Fed chairman Ben Bernanke this morning) suggests that the transmission of this plan to the real economy is muffled.

The problem for the Australian central bank is that the speculators thus financed are keen on Australian assets, and why not? It’s a AAA country paying 4% on 10-year bonds and a dividend yield of 8% on Telstra shares that is underpinned by government cash.

Australia is a carry trade paradise and to prove it the dollar is at, or close to, $US1.08, moving higher.

So does the RBA cut rates to bring down the currency, as some suggest? No, that won’t work. The capital inflow is not investing in cash.

Far better, according to the RBA, to just watch the inflation rate, watch unemployment, try to ignore warnings about hardship and layoffs in the real world, and read up with what’s happening in Europe.

On that basis there was a solid case for leaving rates on hold yesterday because, in theory and looking only at the stats, the economy is in equilibrium (moderate inflation, moderate to low unemployment) and Europe is looking a bit better thanks to the ECB’s employment of the “good bacteria” of carry trade speculators keep the sovereign bond market afloat.

But as we have suggested previously in these columns, unemployment on the Australian east coast, and perhaps in the national statistics, is heading higher because retailers, manufacturers and banks are all cutting costs, because penalty rates are capping employment in hospitality and the currency is cutting tourism and exports.

In addition there seems a fair chance the banks will break cover and raise mortgage rates over the next month, starting with ANZ on Friday, which won’t be great for the property market.

But at least Australia’s RBA still has “sea-room”, to quote Wayne Swan, to use normal monetary policy to impose a pay cut on the nation’s bank depositors, thus lowering at least some of the banks’ funding costs.

Other central banks can’t do that since rates are at or close to zero. All they can do is print money for speculators to play with and hope that one day actual businesses will want to start borrowing to invest.

Kohler: the world has gone short 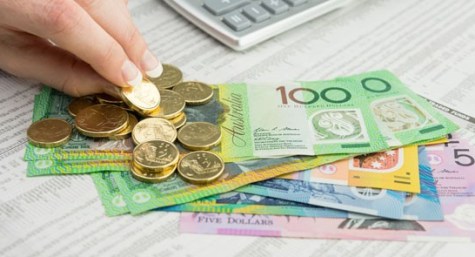 Good article Alan – the olny issue is “so much better than the appalling tax cut and spending competition of the past decade led by J.W. Howard.” but isn’t that what Abbott has said he wants to go back to? And isn’t that what his policies actually add up to?

“moderate to low unemployment”. The target for full employment should be four per cent unemployment now instead of five per cent. This is because consumer spending patterns have changed and Australians are saving now so lower interest rate will not drive up inflation and we do need more employment to create a bit more demand while increasing government revenue as well as less welfare payment to get back to surplus quicker.

The correlation in the movement of interest rate raised by the Reserve Bank and the Australian dollar is five cents for every one hundred basis points raised. When the dollar is above a dollar and five cent USD it hurt exports and dampen employments.

It would seem to me that all this printed cheap money is yet another excellent reason to have a Tobin tax. A tax on speculation is a great way to help balance the books.

It’s disappointing to read Kohler repeating the canard that penalty rates are keeping employment capped in the hospitality industry. That claim has been debunked here: http://mattcowgill.wordpress.com/

There is also a tourism deficit caused by the high Australian dollar. $9 billions last year because Australians travelled overseas and spent there instead of locally which could have helped employments in retails, hotel and hospitality, travel and tourism here; and overseas visitors dropped due to the high dollar.