Why Muriel Heslop is not as dumb as the AFR

Plenty of us baulked at the use of “blacks” in the headline. My old boss and one of Australia’s most highly regarded indigenous linguists, Jeanie Bell, did. And I did too.

But the Fin Review’s new editor, Mike Stutchbury, thought it was fine. To justify his choice of words, he pointed the finger at the ABC for using the word “black”, like when it reported on “black deaths in custody”.

Sorry Mike, but the AFR’s “blacks” and the ABC’s “black” are not the same thing. There are times when we all need a grammar marm to help straighten us out and it seems that for Stutchbury, that time is now.

The word “blacks” as used by the Fin Review in the headline is different. It’s not modifying anything. It’s a straight-up, flat-out, card-carrying noun. And it’s a noun I doubt you’d ever find used on ABC headlines.

The ABC’s adjectival “black” might be a little offensive in certain contexts, but using “black” as a noun, as the AFR has done, is not on. As Jeanie says:

“In my mind when you hear someone using the word ‘blacks’, I, as an Aboriginal person, associate it with colonial language generally spoken in harsh tones with a sense of utter dismissal and bordering on hatred or strong resentment, such as ‘the dirty blacks’ or ‘drunken or lazy blacks’, etc. All of which I find extremely offensive and know many others who would also.”

To help demonstrate my point about adjectives versus nouns, consider Muriel Heslop: when she meets a hunky, obviously white, South African to arrange marrying him, she stupidly asks: “Are you black?”

I could imagine some situations where I could ask a light-skinned Aboriginal person this same question and not feel like my personal safety would be in immediate danger. Like Muriel, you might sound like a twit, but I don’t think it’s outright offensive. But if I met someone in a pub, started chatting and then inquired Fin Review-style “are you a black?” I don’t think our friendship would blossom much further. 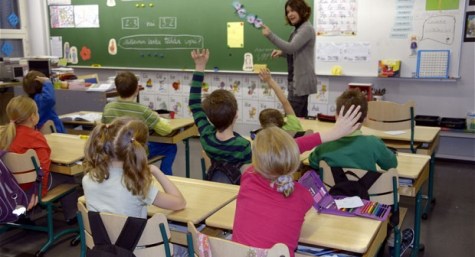