Bueller not back … Stokes out of Ten? … Leveson latest …

Front Page of the Day ... The Department of Corrections ... Choppergate news director Lee Anderson rehired in special role by Channel 9 Brisbane ... No confirmation on reports Stokes has sold his stake in Ten ... PCC chief tells Leveson newspapers should be fined for breaching code ...

Bueller is just corporate bull. Last week the internet got a little ’80s-excited after a 10-second video starring Matthew Broderick as Ferris Bueller all grown up, indicating a new Ferris Bueller film was in the works …

But the date at the end — February 5, 2012 — should have hinted that something else was up. That’s the date of the Super Bowl, when all the world’s most expensive and over-hyped ads appear at half time (there’s also a sporting game). And yes, rather than a remake, it was preview for an ad for Honda …

… a mildly amusing ad that goes for two and a half minutes with over two dozen references to the film woven through it. It was released early after the site Jalopnik leaked that it was an ad. Not everyone was impressed with a betrayal of their childhood classic. As Matt Hardigree wrote on Jalopnik:

“So this is it. This is the only sequel we get. And it is a sequel. They got Broderick back. They hired The Hangover director Todd Phillips to put it together. They’re going to spend millions producing and airing it — a total that could be as much as a third or a half of the original (non adjusted) budget of roughly $6 million.

“If corporations are people then so are films. Honda has resurrected the peacefully sleeping corpse of Ferris Bueller and … for what? A CR-V? That’s it? A dependable but milquetoast crossover? …

“If you’re going to resurrect Ferris Bueller and do it for the purposes of a commercial and mangle the philosophical underpinnings of the original the least you could do is make it awesome. This is just OK.

“So I’m going to pretend this didn’t happen. The only way to “Save Ferris” is to do to the advertisement what Ferris himself did to school: skip it.” “Channel Nine has rehired the news boss who resigned over the infamous Choppergate affair. Lee Anderson would take on a behind-the-scenes role organising the channel’s state election coverage on a temporary contract, a spokeswoman for Nine said.” — The Courier-Mail

Has Stokes has sold his stake in Ten?

“The Seven and Ten networks have refused to confirm a media report that Seven Group chairman Kerry Stokes has sold out of the Ten Network.” — The Australian

‘Newspapers should be fined for breaching code’

“Newspapers should be fined if they are found to be in ‘systemic’ breach of the standards set out in the industry’s code of practice, the director of the Press Complaints Commission has conceded at the Leveson inquiry.” — The Guardian

The future of The Enthusiast

“We love The Enthusiast, but since our readers have told us that they’re not willing to pay us for what we’re currently doing or to follow us to a more commercially attractive publishing model, we need to do something else.” — The Enthusiast

“Twitter has the potential to cut past all that clutter. Given its ubiquity, there’s a chance to get a glimpse into the thinking of otherwise unapproachable executives, and sometimes even have a real dialogue with them. No one can be forced to use Twitter, but some people, even captains of industry, cannot resist. That number now includes Rupert Murdoch.” — The New York Times

“The championship of the online newspaper world changed hands the other day. The New York Times had 44.8m unique visitors in December, while our own dear Daily Mail had 45.3m. Manhattan’s ‘grey lady’ doesn’t rule the global web world any longer.” — Paid Content

“WikiLeaks founder Julian Assange is set to play himself in the 500th episode of The Simpsons, according to a report by Entertainment Weekly.” — Mashable

John Hughes wrote who we thought we were

How ‘Scoop’ Chandler was attacked — twice 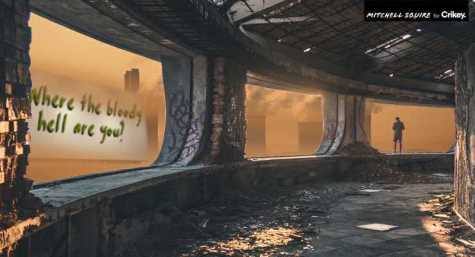 Is this Australia’s destiny? The world’s brown energy theme park