Is the World Bank failing girls and kids with disabilities?

A report suggests the World Bank is getting it wrong on the role of girls and kids with disabilities in its development programs -- but AusAID comes out OK.

A new report has found the World Bank is badly letting down girls and students with disabilities in its educational aid programs in developing countries, while AusAID’s programs and those of the Asian Development Bank are significantly better.

The report from RESULTS International, an international aid advocacy group, looked at education aid programs run in Indonesia, Papua New Guinea and the Philippines by the World Bank, the ADB and AusAID, examining how programs were designed and their evaluation mechanisms. The three countries will together receive about $1.2 billion in aid from Australia this year, and Australia will also provide a total of just under $250 million to ADB and World Bank development programs.

Lack of access to education is a particular issue in developing countries for females and marginalised groups such as ethnic minorities and people with disabilities. There are significant child mortality and economic and personal income benefits from increases in the amount of time girls spend in education.

The good news: there has been significant progress in Indonesia and the Philippines in increasing primary school enrolment for all children, and the number of out-of-school girls is falling, with girls now 53% of out-of-school children, compared to 60% more than a decade ago. AusAID and the ADB  have a strong focus on maximising girls’ participation in education and had achieved positive results, although the report found the need for better performance monitoring and quality assurance.

The bad news: while the World Bank identified gender as a priority in its program goals and sometimes even established indicators, reporting was poor and evaluation very limited.

And it was worse for kids with disabilities. They are definitely on the agencies’ radars but on-the-ground results are limited. In 2008, AusAID launched a disability inclusion strategy and established a $30 million fund for disability-specific measures. A 2010 report showed there’d been some progress, but students with disabilities remained a low priority on the ground. But the World Bank talks about disability a lot in its program design but few of its programs address specific measures for access by marginalised groups, including those with disabilities and special needs. None of the bank’s programs in the three countries mentioned disability in their evaluations. The ADB is similar — a lot of talk about disability at an overarching level but missing from actual programs and their assessments.

For Australia, it’s some limited good news, given AusAID’s comparative performance. But the review wants Australia, as a key donor to the ADB and the World Bank’s development programs, to start talking a lot more about these issues, and particularly about focusing on kids with disabilities. 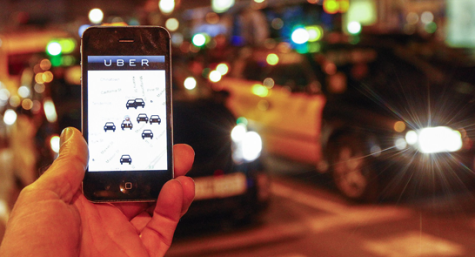 Senate asks why we sterilise women, kids with disability

Great article! Even though Australia is giving generously to support education in developing countries, we must increase contributions for equity in access to education. Last October Mr Rudd, Minister for Foreign Affairs, said, “Australia regards education as one of the best investments we can make at home and overseas …. /That is why we have made education the flagship of our aid program.”

Why prioritise education? Because it’s an effective tool for reducing poverty and generating economic growth and facilitating economic inclusion for individuals. It seems that an adult literacy rate of at least 40% is required for a country to ever achieve sustained economic growth. And for individuals, an additional year of schooling raises a person’s income on average, by 10%. That’s such a good return!
As a retired teacher, I feel that education is a basic human right which allows people to make informed decisions that determine their destiny.
With 67 million children around the world still out of school, we must support programs that are equity based, and inclusive for girls and disabled kids.

The Results International (Australia) report reminds us that we all must continue working toward achieving Education For All, with special focus on gender and disability. These issues are a high priority for the Bank, as evidenced in the World Bank’s new Education Strategy 2020, our 2012 World Development Report on Gender Equality and Development, and the first-of-its-kind World Report on Disability, jointly published by the World Bank and WHO last year.

Unfortunately, the Results International report has a number of inaccuracies and omissions. For example, in the Philippines, a rigorous impact evaluation of the Bank’s program conducted by the International Food Policy Research Institute found that our education investments helped girls far more than boys. In Papua New Guinea, the report fails to mention the Bank’s support for open distance education centers, which will benefit girls and all young people with disabilities who can’t reach campus. In Indonesia, Results International overlooks how Bank support for basic education has helped increase the school enrollment rate for the poorest households from 52% to 60% (from 2007-2010), narrowing the gap with the wealthiest households by 13 percentage points. The report also fails to highlight how the gender gap in Indonesia in the transition from primary to secondary school disappeared 10 years ago, and that the World Bank is working with the government on trying to stem the dropout rate for boys, since boys tend to drop out at a slightly higher rate than girls.

The bottom line is that the World Bank already has a strong record helping countries to get more girls in school, promote gender equality, and improve the lives of persons with disabilities, and we have challenged ourselves to do even more in the coming years.