From my research, I found the resources in the AIATSIS library and archives an great source of information and inspiration.

The Australian Institute of Aboriginal and Torres Strait Islander Studies (AIATSIS) website says that it is:

“… the world’s premier institution for information and research about the cultures and lifestyles of Aboriginal and Torres Strait Islander peoples, past and present.

“The Institute undertakes and encourages scholarly, ethical community-based research, holds a priceless collection of films, photographs, video and audio recordings and the world’s largest collections of printed and other resource materials for Indigenous Studies, and has its own publishing house.

“Its activities affirm and raise awareness among all Australians, and people of other nations, of the richness and diversity of Australian Indigenous cultures and histories.”

Fine words and noble ambitions that AIATSIS has strived to fulfill over the past 50 or so years. From my own research on Aboriginal bird knowledge, I found the resources in the AIATSIS library and archives an great source of information and inspiration.

But more than a few in the fields of research — anthropology, linguistics, law and archaeology — central to the very fine work that AIATSIS has sponsored over the years are dismayed at this recent announcement in the AIATSIS Grants page:

“With the greatest reluctance, the AIATSIS Council has decided that applications for research grants will not be invited for the 2012 year. Although an important discretionary program, this will be the first time in over 20 years that grants will not be available.

“AIATSIS funding from Government has fallen steadily over the past decade, in inflation-adjusted terms. Submissions to Government for increased base funding, or exemption from the efficiency dividend, have been unsuccessful. We have now passed the point where all legislated functions can be delivered, and in this context Council took the view that decisive action was called for.

“Whilst Council noted, and appreciates, the Government’s decision to exempt AIATSIS from the additional 2.5% efficiency dividend in 2012-13, this will have no positive impact on ongoing funding.

“An internal review of the grants program found that it isn’t meeting the intended purposes.

“It has been substantially unchanged for over a decade, and would need to be redesigned to meet current expectations from Indigenous communities, researchers and AIATSIS priorities. In addition, the grants program is no longer eligible for inclusion in the Australian Competitive Grants Register, due to a Government policy decision in 2010.

“For these reasons, Council reluctantly decided that the grants program could not be funded next year. Instead, the funds will be used to bolster research in priority areas which are critically short of resources.”

In the overall scheme of research in Australia the AIATSIS small grants certainly provided bang for the public’s buck. A quick look at the grants over the past few years reveals the depth and breadth of the research funded by these grants — which at about $680,000 per year are pretty modest. Follow the highlighted links for the 2011, 2010 and 2009 research projects and see the breadth, depth and quality of the research for yourself.

Does any of this matter?

For mine it does. Very much. 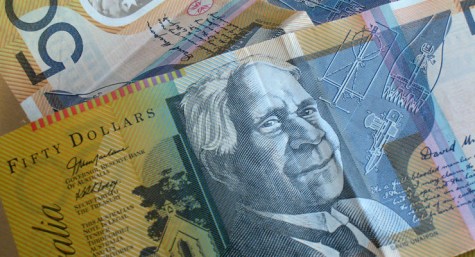 Indigenous innovations and inventions you may not have heard about