The Power Index: the most powerful man in Melbourne, Harold Mitchell

Harold Mitchell takes pride in dispensing with the niceties. When The Power Index visited his South Melbourne private office before Christmas, fresh remains were scattered all over the boardroom table. The victim of his latest salvo is Paul Keating’s 640-page tome After Words, chronicling the former PM’s post-politics public waffling. But Mitchell, who flies to London every three […]

Harold Mitchell takes pride in dispensing with the niceties. When The Power Index visited his South Melbourne private office before Christmas, fresh remains were scattered all over the boardroom table.

The victim of his latest salvo is Paul Keating’s 640-page tome After Words, chronicling the former PM’s post-politics public waffling. But Mitchell, who flies to London every three weeks to check in with the global ad behemoth he directs, prefers to travel light.

Keating’s essence, Mitchell discovered, could be distilled to three pages, which he promptly ripped out for the 22-hour commute. Keating wasn’t happy. “Paul said, ‘comrade, only three pages?’ and I said ‘that’s all you need!’,” said Mitchell, nominating short sentences on Asia, leadership and courage as the take-outs from Keating’s oeuvre.

It’s that kind of ruthlessness that makes Mitchell The Power Index’s most powerful Melburnian. The nation’s biggest ad buyer, who turns 70 in April and has shed 70 kilograms thanks to his 2009 lap band surgery, shows little sign of slowing down.

“I’m probably the most powerful man in the media, I guess,” the charmingly skittish Mitchell admits, explaining that The Power Index is sitting in the exact same foyer seat that James Packer had occupied just days before (Lachlan Murdoch usually sits opposite).

Indeed, Mitchell’s footprint is everywhere in Melbourne, and not only because he controls the fate of $1 billion in ad dollars, through the local arm of Aegis, the global media buying agency that bought his Mitchell Communication Group in 2010 for $363 million. He’s arguably more important in the “soft power” that he peddles around the city he’s called home for five decades.

Melbourne Football Club board member, Young & Rubicam Brands chief and Gruen Transfer star Russel Howcroft says Mitchell has a “genuine benevolence” about what he does and utilises a “combination of hard and soft power … he’s soft but hard when he needs to be”.

“He’s genuinely powerful … when he decides that something needs to happen, he makes sure it happens. That’s a good thing,” Howcroft says.

Melbourne Major Events chief Sir Rod Eddington nominates the setting up of the Melbourne Rebels rugby union franchise, majority owned and chaired by Mitchell, as a case study on how he operates.

“There was bunch of people led by Harold and led by John Wylie, and they got the idea out there … then everyone fell in behind it, the government, business, the transport folks,” he explains.

It’s a scenario that plays out many times each year. Indeed, Mitchell sits on so many media, culture and creative boards that he actually struggles to recall the full list, saying simply, “that makes the point, doesn’t it?”.

That’s 12 current gigs, eight of which are cultural or arts-related. And his 11-year-old Harold Mitchell Foundation has tipped $5.1 million into the arts and health in a country where the rich are enormously reluctant to splash their cash.

As Mitchell himself admits, ad money is common currency binding all these roles together. Australia, with only 0.3% of the world’s population, attracts 5% of its advertising. And Mitchell’s is by far the biggest ad buying company, with 4000 clients eager for a better deal.

After skirting close to bankruptcy in the early 1990s, the Aegis sale meant Mitchell arguably increased his sway as executive chairman of its local arm as well as its second-biggest global shareholder.

“He might have lost the kilos, but he’s still the industry’s 800-pound gorilla,” says one ad land observer. “You’d think hard before taking him on.”

Paul Leeds, the Collingwood board member and ex-CEO of Starcom who had an infamous spat with Mitchell in 2005 over how much of the market each controlled, admitted defeat long ago. Mitchell is “the most powerful individual in the business”, he says.

“Harold’s used his strengths to get the best deals and no-one has ever really challenged him … he builds strong relationship with the [Kerry] Stokes’ of the world. The relationship stuff is very crucial to getting what you want.”

Indeed, the usually all-powerful Stokes and Packer defer only to him, based on a concept he invented. Instead of ad agencies negotiating deals directly with the networks and the newspapers, in 1976 the sawmiller’s son from Stawell decided to turn middle man, hammering the networks and extracting a healthy fee for his growing band of relieved clients.

And he’s not going anywhere, telling The Power Index that he’s immensely proud of the city he loves. “I’m here and I’m not going to move. That’s a big statement about Melbourne,” says the long-term resident of the outer-north suburb of St Andrews. 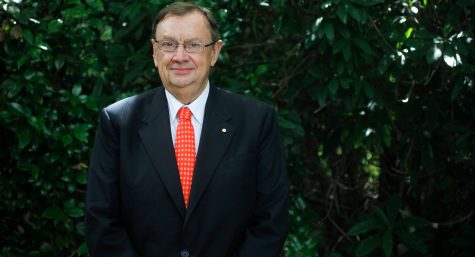 Is this the end for the great wheeler-dealer Harold Mitchell? 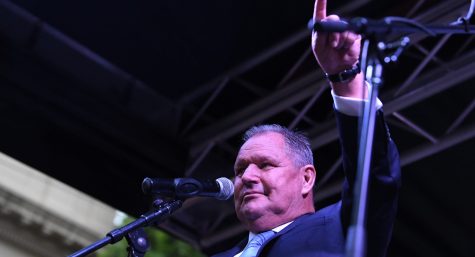 Doyle is finished, but what about the men who supported him?