Hey World Bank, unless there’s a Lehman-like collapse this isn’t ’08

Lehman's collapse was an unanticipated, unknown event set up by the pre-existing toxic cocktail of the sliding US economy and other issues -- so the World Bank is wrong to predict the same kind of results this time round, writes Glenn Dyer and Bernard Keane.

The World Bank certainly got a lot of bang for its bucks with its gloomy outlook about the outlook for the world economy this year and next, with the added twist of an Armageddon warning, invoking Lehman Brothers’ infamous September, 2008 collapse, thrown in to grab headlines.

This morning’s front page lead on The Sydney Morning Herald was typical, although The Australian Financial Review buried the story on the bottom right of Page 1, preferring to lead with another iteration of its current preferred doom’n’gloom narrative, the emerging “white collar recession” via Westpac cutting jobs. But the usual suspects, like Chris “the Trappist Monk” Richardson, were jumping on the yarn.

Called Global Economic Prospects, which is the usual six monthly assessment of the world economy, the World Bank report was particularly concerned about the dangers of a new credit crunch, triggered by the heavy borrowing needs of debt-laden developed world countries, not least the weaker members of the eurozone.

But the comment that really got attention was this:

“While contained for the moment, the risk of a much broader freezing up of capital markets and a global crisis similar in magnitude to the Lehman crisis remains. In particular, the willingness of markets to finance the deficits and maturing debt of high-income countries cannot be assured. Should more countries find themselves denied such financing, a much wider financial crisis that could engulf private banks and other financial institutions on both sides of the Atlantic cannot be ruled out.”

The World Bank thinks that could take 4.2 percentage points off global growth. “These are not auspicious circumstances,” the Bank continued, perhaps redundantly, “and despite the significant measures that have been taken, the possibility of a further escalation of the crisis in Europe cannot be ruled out. Should this happen, the ensuing global downturn is likely to be deeper and longer-lasting than the recession of 2008/2009.”

But look carefully and things aren’t quite as straightforward. The Bank used its non-Lehman-like scenario to slash its global growth forecast for 2012 from 3.6% to 2.5% and then 3.1% in 2013, and to halve its previous growth estimates (2.7% down to 1.4%) for developed countries, adding a Eurozone recession. None of that is particularly newsworthy — others are already there among private sector economists (Westpac in Australia for instance and numerous forecasters in Europe and the UK).

The downward revisions, of course, mean the Bank’s previous growth projections, last June and January, were too optimistic – or, more bluntly, wrong. But go back a year and read the opening paragraphs of the press release for the first GEP for 2011 from the World Bank, which declared: “… the world economy is moving from a post-crisis bounce-back phase of the recovery to slower but still solid growth this year and next, with developing countries contributing almost half of global growth.”

The only mention of the problems in Europe was this reference:

“The recovery in the region remains particularly sensitive to the situation in high-income Europe where the sustainability of sovereign debt remains a concern.”

This was in the 11th paragraph in the section on Europe, not the world economy. The sense of confidence and cautious optimism is captured right there. But then, contrast that with the opening paragraphs of the latest GEP:

“The sovereign debt crisis in Europe, which took a turn for the worse in August 2011, coincides with slowing growth in several major developing countries (Brazil, India and, to a lesser extent, Russia, South Africa and Turkey), mainly reflecting policy tightening begun in late 2010 and early 2011 to combat rising inflationary pressures from overly-fast growth.”

The new forecast is lower than ones from the IMF and the OECD. But the IMF releases its new forecasts next week and has already indicated they will be lower than last September’s World Economic Outlook, which had world growth at 4%. The OECD said 3.4% last November.

Sure, forecasting is always a mug’s game, but now you can understand why Lehman Brothers made a dramatic, back-from-the-dead re-appearance in the World Bank report. They needed something to cover the fact that their forecasts have been way off.

The Lehman Brothers crisis was so dramatic for a number of reasons — the most important was the shock at US authorities allowing the investment bank with a trillion dollars of liabilities and questionable assets collapse. That triggered the global slump and froze world trade, financial and credit markets. Lehman’s collapse was an unanticipated, unknown event set up by the pre-existing toxic cocktail of the sliding US economy, the slump in housing, the derivatives crisis, tightening credit markets and rising unemployment.

But the World Bank’s Lehman-like warnings of up to four eurozone countries locked out of financial markets isn’t an unknown. It’s already a reality: just look at Greece, Portugal and Ireland — all bailed out. Spain and Italy are still raising money, but with some difficulty. So far the eurozone is coping with that.A real crisis would be triggered if say France, Germany, Britain and Japan were locked out of financial markets, or heaven forbid, the US was to have a stupid political wrangle that tumbled into some kind of default. If that happens we are all roooned, to quote that well-known Australian economist, Hanrahan.

Just to add to the sense of emerging crisis, the IMF came out overnight to ring alarm bells about its need for a significant increase in its funding commitments — a lazy US$500 billion. But it’s OK, because that includes the US$200 billion in recent European commitments. Although – that used to be euro 200 billion, until the peculiar phenomenon of post-summit Euro-deflation set in.

Countries like Australia and the UK have put their hands up to increase their loans to the IMF, but the UK doesn’t want it to be tied to additional loans to Europe, on the basis that the continent can look after itself and the Tory Eurosceptics will go bananas otherwise. The emerging giants like China have been less forthcoming. As for the Americans, quite apart from their parlous fiscal position (albeit with remarkably low bond yields), they’ve yelled “remember the Alamo” and shut up shop altogether on the issue.

Occasionally it feels like that point in a horror film when the heroes give up waiting for authorities to come and rescue them, because authorities themselves have been overrun and are too busy fighting for their own lives to help anyone else. 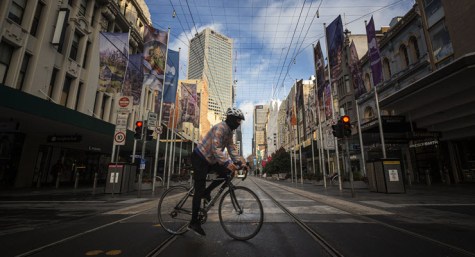 One factor to mention about the Lehman brothers collapse was that it was a result of Congress showing how hairy chested they could be and trying to embarrass Obama at the same time. I hope the results scared the sh*t out of them and that they learnt their lesson…

Oh come on. You know as well as I do that Lehman Brothers filed for bankrupcy on the 15th of September 2008 and Obama only won the election on Nov 4 2008. The EESA (or which TARP was a part of) was rejected in the house on the 29th of September 2008 for the first time (while Bush was still president).
An ammended plan was created in the Senate and passed on 1st of October 2008 by the Senate and then the plan passed the house on 3rd Of October. It was then signed into law by, you guessed it, Bush, who was still President at that time. Had nothing to do with trying to embarrass Obama.