Essential: for big retailers, price and service are a key problem

New Essential Report data backs what we know about the changes in Australian retail, but with an interesting age-related twist.

Younger Australians are saving more, spending less and shopping more online but it is older Australians who are fleeing major retailers, according to polling by Essential Report.

Last week Essential asked a series of questions about spending habits. The results appear to confirm several current retail trends, but age difference appears a key issue in the retreat of shoppers from major retailers.

Voters also strongly indicated they were spending more on food and groceries (60% said more, 10% said less), while spending less on clothing and electrical goods (20% more to 38% less) and entertainment (similar figures). Unsurprisingly, spending on gas and electricity was also strongly up, according to voters, but telephone and internet services spending had also increased, people said, by 38% to 11%. They also said they’re shopping less at major retail stores (10% more, 36% less) and less at major shopping centres (11%, 32%) while shopping at local shopping centres had held up, and shopping on the internet had grown (42% up, 18% less).

This has had a direct impact on shopping behaviour: 46% of seniors and 47% of 55-64-year-olds were shopping either a little or a lot less at major retailers, and were also staying away from major shopping centres as well.

Seniors and middle-aged people tend to account for much less of the overall retail spend than younger people but in this case it appears major retailers can’t win either way: younger shoppers who profess not to be overly fussed about issues such as price or service at big retailers are moving onto the internet in droves, while older shoppers, more resistant to moving online, are being turned off major retailers by poor service and high prices.

There of course are all stated preferences, rather than revealed preferences: people’s perceptions of their own consumer behaviour over the past 12 months may have been influenced by what they’ve been told by a media keen to emphasise the gloom and doom of retailing. But it appears that it’s not all about the high dollar and the internet: old-fashioned things such as quality in-store service are also a problem for our ever-complaining big retailers. 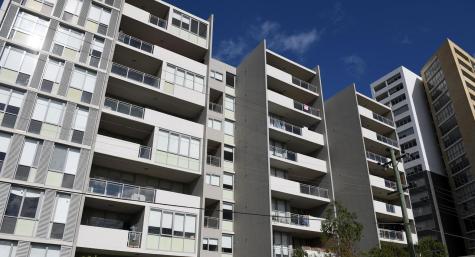 Finally, some awareness that it’s not just higher prices that’s putting off people from shopping at big retailers and shopping centres.
It’s the forbidding monoliths that shopping centres have become in major cities – the time it takes to negotiate traffic, find a park and mill through the crowd.
Then when you’re there you might find what you want, and perhaps get a bargain.
However, more often than not it’s frustrating, time consuming and certainly not pleasurable.
I’d actually rather pay a little MORE if it meant I could get what I want from the safety and comfort of my home, delivered to my door, and not have to drive somewhere.

Funnily enough, Eva, the people who answered the (completely useless, irrelevant) poll were most likely sitting “in the safety and comfort” of their homes, making stuff up so that it could be reported alongside a dozen other useless opinion polls. Last week they would have said they liked shopping in “forbidding monoliths” because of the colour and movement or the air conditioning.
Next week: why Anna Bligh’s hotpants are cool and how you can look cool too – without driving, parking, getting frustrated or losing your pleasure. Stay at home. Perhaps you’ll get a bargain!