Just how do you justify entitlements to ex-politicians?

These kinds of stories are standard outrage generators, but one doubts that the average reader reacts with the kind of horror the writers anticipate. It seems more likely, looking at letters published since, that the response is resigned amusement with a tinge of irritation. The levels of cynicism about politicians — especially in NSW after recent decades — are so low that a few extra entitlements are just extra confirmation of pre-existing views.

It could be a lot worse — some voters end up with a convinced criminal as their ex-politician. There is a big difference between using and rorting an entitlement. In this case, there was no suggestion any of the ex-premiers were making claims for money to which they had no entitlement.

Whether that entitlement is justified is a different question.

Former premiers get a better deal in NSW than in most other Australian jurisdictions. The entitlements cost about $1.3 million per year, and include travel, postage, office and telephone expenses. The current NSW premier Barry O’Farrell announced on October 25 last year that his department would review the entitlements. That review has not yet been released, but will probably suggest winding back the entitlements.

Politicians’ entitlements are a public concern because these are perks unavailable to most other workers. Often they are hidden from view — the NSW list published by The SMH came from a Freedom of Information request. At least in the future the NSW entitlements will become more transparent and open — O’Farrell has promised to have them published every six months.

At the Commonwealth level, the use of entitlements is now on the public record, and updated every six months. Former prime ministers are well treated; their entitlements (on which the NSW scheme is modelled) include air travel, car and driver, family travel, office, and secretary (the details are on the Finance department website). Probably the biggest difference in NSW is that ex-premiers have a generous entitlement to free train travel — although one doubts that this is as useful today as it once was.

Comparisons between prime ministers and NSW premiers are inexact because recent prime ministers (until the Kevin Rudd experience) have had comparatively longer periods in office. Although state politicians might disagree, prime ministers also had a greater span of responsibility to deal with.

Even for our Commonwealth leaders though the justification for entitlements post office is increasingly questionable.

One of the positive aspects of the recent remuneration tribunal announcement proposal for increased federal politicians’ pay is that hidden entitlements like travel will be wound back through legislation before the pay rise goes through. Although there are many such entitlements, the one that gets up voters’ noses most is the lifetime “gold pass” — that, more than anything else, symbolises the gap between privileged pollies at the front of the plane and the ordinary folks elsewhere. It is not clear whether ex-prime ministers’ entitlements will also be addressed. The government’s announcement in December provides an overview, and details will come out when the necessary legislation is introduced to the parliament in February.

These kinds of entitlements are a relic from an earlier political era. A time when former premiers and prime ministers were expected to devote their retirement years to good causes — representation at high levels in national and international forums, opening fetes and galas, mentoring young up-and-comers.

Of ex-NSW premiers, you could argue John Fahey has done something like that: moving to federal politics, and now in an internationally recognised role as head of the World Anti-Doping Agency.

Of former prime ministers, Malcolm Fraser has taken on the high-profile role of annoying the hell out of Labor by advocating progressive policies, often more vigorously than many of the elected Labor politicians. To rub it in, Fraser has been invited to deliver the deliver the 2012 Whitlam oration. Whitlam himself makes an occasional public appearance, but is the most modest user of allowances of all ex-prime ministers.

But others, such as Nick Greiner and Bob Hawke, have been highly successfully commercially. They are in no real need of taxpayer support to encourage them to go forth and undertake good deeds. It looks more and more likely that the path for ex-premiers will be into other high paid and important positions (Nick Greiner of course has been nominated elsewhere in The Power Index as the most powerful person in NSW). In this new environment, lavish entitlements for ex-prime ministers and ex-premiers are likely increasingly to be seen as an embarrassment to the body politic. 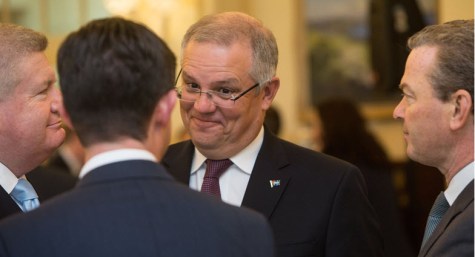 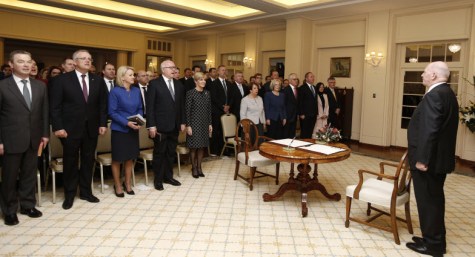 What happened the last time Australia had a plebiscite?

Then there are those on more than one “pension”.
Why can’t it be means tested?

I liked the statement “It could be a lot worse — some voters end up
with a convinced criminal as their ex-politician. ” Whether convicted,
or convinced, I think you’ll find that politicians are one group that
are excluded from taking up their position if they have a criminal
record!

Re the convinced/convicted criminal ex-politicians on the provided link: it comes as no surprise to see Queensland has double the number of any other state.

It’s worth living here not only for the outstanding weather but also to have a front row seat to the antics.

OK, I admit it, ‘convinced’ was a typo – but a quite amusing one in retrospect.

Peter Reith is my favourite ex-politician, having mis-lead Parliament and the nation by claiming those asylum seekers threw their kids overboard when they did not. Perhaps fearing he had done wrong (or perhaps just chasing the dollar) he did not stand for re-election and went off to consult to the defence industry. He got away with his lies, his Parliamentary pension and his consulting fees. It is a pity future Parliaments cannot re-visit egregious mis-leaders and strip those politicians of their entitlements.