New legal advice for News Corp. News Corporation has hired Gerson Zweifach, a partner at Williams & Connolly LLP, to be its new group general counsel. Janet Nova was acting in the role after Lawrence Jacobs quit after 15 years at the company in June. Rupert Murdoch dispatched this missive to Australian staff today:

I am pleased to announce that Gerson Zweifach will be joining News Corporation as Senior Executive Vice President and Group General Counsel on February 1 (press release attached). He is one of the country’s most renowned litigators and a staunch defender of the First Amendment. We are fortunate to have the benefit of his wide-ranging experience at this point in our Company’s evolution.

In his 30 years at Williams & Connolly, Gerson has tried antitrust, securities, libel and complex commercial cases to juries and courts across the U.S. Over the course of his career, he has also earned a reputation as a dynamic leader with exceptional intellect. I am sure he will be a great addition to our senior leadership team.

I would also like to take the opportunity to thank Janet Nova, who has done an outstanding job as Interim General Counsel over the past six months. I am delighted she will continue to play an important role on our legal team going forward.

Please join me in welcoming Gerson to News Corporation and in recognizing Janet for her superior work over the past several months.

NT News channels Homer. Today’s NT News front page captured our attention today (and no, it wasn’t due to a lack of crocodiles). We thought it was a humorous — yet odd — choice for the image used to depict Constable Sean Holmes, who is alleged to have assaulted a man who tried to escape from protective custody. Perhaps it was their only file footage … 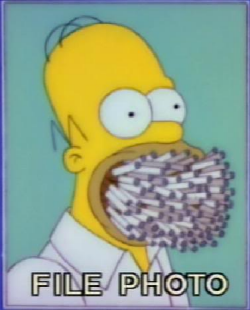 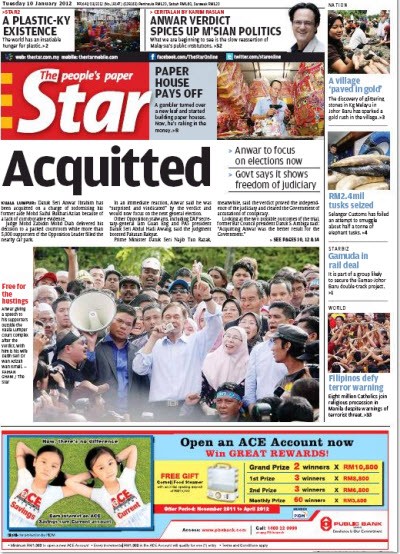 “So gently was the Sun editor Dominic Mohan challenged that we learned more about the title’s hit charity records than where to draw the ethical line in the ‘white heat’ of the newsroom.” — The Guardian

“Slovenia is the second country to be launching a national paywall, following Slovakia which adopted a group model eight months ago. The deal has been brokered and the paywall set up by Piano Media.” — journalism.co.uk

“With a presidential election year under way and months of major speeches, debates and campaign claims to come, we can expect AP to increase its already growing public fact checking efforts.” — Poynter

Look a bit harder, I think you’ll find a croc on that front page …