Is this Boeing’s most important project?

Sleek new fuel efficient jets are one thing, but being able to fuel them with a kerosene replacement that doesn’t release fossil sourced carbon is immensely more important, and urgent.

A drastic reduction in the release of fossil sourced carbon is the most critical task in dealing with industrially forced climate change.

This is why what might seem like a low key statement about a biofuels research agreement between Boeing and the CSIRO (quoted below) is arguably part of the most important research effort being made in air transport, especially with its implications for ultimately replacing fossil carbon releasing fuels in maritime and road transport, and in manufacturing, power generation and domestic heating.

SYDNEY, Australia, January 9, 2012 – Boeing (NYSE: BA) has joined with CSIRO to undertake a comprehensive study to evaluate the potential for growing new feedstocks in northern Australia and turning them into sustainable aviation biofuels.

“Aviation fuels made from biomass have been certified and are being used on commercial and military aircraft, so the challenge now is to find the right way to scale up feedstock production so these new fuels are both environmentally and economically sustainable,” said Michael Edwards, general manager of Boeing Research & Technology-Australia.

The Sustainable Feedstocks for Aviation Fuels program builds on the recommendations of the Flight Path to Sustainable Aviation roadmap, released in May 2011, and continues the strong research relationship developed between Boeing and CSIRO over more than 20 years.

“The roadmap made a compelling case for the development of a new Australian bio-based aviation fuel industry generating some 12,000 clean energy jobs over the next 20 years, especially in regional areas, cutting greenhouse emissions and reducing Australia’s reliance on aviation fuels imports by $2 billion per annum,” said Edwards.

The program is being led by CSIRO’s Deborah O’Connell, PhD, an internationally-recognised expert in bioenergy and sustainability.

“The Sustainable Feedstocks for Aviation Fuels program will identify and trial new fuel sources that are compatible with existing land uses with the ultimate goal of developing commercially-viable feedstock to fuel supply chains this decade,” said O’Connell.

The first phase of the Sustainable Feedstocks for Aviation Fuels program will concentrate on three key elements over the next 12 months, including:

§         Assessment of current and new biomass production systems based on feedstocks such as grasses and short rotation trees in combination with grazing or cropping in regional Queensland;

§         Assessment of potential fuel conversion technology to convert these feedstocks into jet fuels; and

§         Assessment of appropriate production systems and technology types that will match with local infrastructure.

Over the longer term, Boeing and CSIRO hopes to attract further investment and partnerships to develop and commercialise the most prospective options, as well as to test and implement sustainability assessment methods and schemes.

The Sustainable Feedstocks for Aviation Fuels program in Australia continues Boeing’s leadership role in the development and commercial deployment of sustainable aviation fuels around the world.

The Flight Path to Sustainable Aviation roadmap is available on the CSIRO website.

The use of agriculturally derived fuel alternatives and downstream biomass waste conversion is, broadly, seen by the main players including Boeing as intermediate technology, involving a set of processes that run into shortages of available feed stocks and the imperative of not compromising food production.

The longer term objective is to grow using designer microbes or algal processes, octanes that are not dependent on sunlight, agricultural acreage, or prodigious amounts of fresh water. It’s an objective often derided from the fringes of the debate, but the fact is that algal derived fuel blends are already at a point at which at the turn of the century their most enthusiastic proponents didn’t expect to reach until around 2020.

Price and availability are critical factors in where non-fossil carbon releasing liquid fuel development will go. Until recently, it had been estimated that the cross over point for costs of bio-fuels for blending with or replacement of refined aviation grade kerosene would be the proxy $140 per barrel West Texas Crude marker. WTI is way below that level at the moment, and has been spending much more time in the $90-$100 range than above it.

But as crude oil prices trend upwards and bio-fuels trend downwards, two things will happen. One will be the inhibition of crude fuel prices, a negative for bio-fuels, yet  also a driver of more risk capital into their cheaper and more voluminous supply, which is a positive.

Available crude reserves are influenced by the amount that can be profitably recovered from increasingly deep or difficult to access locations, such as shale oil deposits, or under polar ice caps or sea beds. As the bio fuels fall in price, they also inhibit the extremely costly prospect of attacking environmentally sensitive areas for their hydrocarbon reserves.

It is a complex tug or war in terms of future supply and demand for fossil carbon releasing fuels, which the increasingly visible potential of new energy technology can bring to an end, and the sooner, the better.

Boeing eyes biological waste fuel as the only way to fly 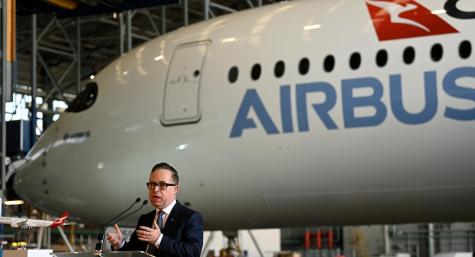