You guys, really. It might be a cliché to say a publication is the sum of its readers, but stuff it, we’re saying it anyway. This being the last edition for 2011, we wanted to suck up to you a bit. Because for intelligence, for care factor, for reading us cover to cover and for plugging into every part of the news cycle, you can’t be beaten.

So on that note, we’ll leave the last editorial of the year to you and your People’s Choice. *Insert drum roll here* …

Crikey Person of the Year: Formerly a South Australian police officer, Lyn White of Animals Australia won this one by a country mile. Which just goes to show how much the story A Bloody Business made an impact this year — evidence obtained by White in Indonesia was provided to the ABC’s Four Corners, resulting in a Gold Walkley Award for Sarah Ferguson, Michael Doyle and Anne Worthington and the immediate suspension of the live exports to Indonesia along with public and political pressure to end the trade. As the face of Animals Australia, White was a fixture on the evening news for weeks, and has obviously left a lasting impression on you readers, not to mention the live exports trade.

And who do you despise? Well, beating out several dictators and a psychopath, the coveted Arsehat goes to …

Crikey Arsehat of the Year: Kyle Sandilands was a late bloomer this year, with another round of advertisers pulling the plug on his 2Day FM radio show after he abused a News Limited journalist with a series of choice s-xist lines because she dared to report that his television show had suffered dismal ratings. But although he may not endear himself to our discerning audience, his show still continues to rate its socks off.

But now to the nitty gritty. We’re not sure why we ask, but here we have it, the politicians that make you feel funny in the pants …

Happy Christmas, merry Summer and yuletide greetings to you and yours. See you on January 9, bright and shiny in your inbox for 2012. In the meantime, keep reading us on the website, where we’ll be offering all sorts of beachside treats …

Can’t we just turn them off? 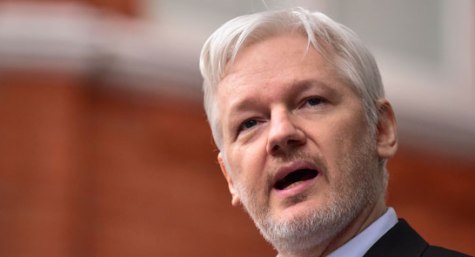 Crikey person of the year could not have gone to a better person. For a normal unbrutalised person it would have been bad enough, but for someone has a particular love of and empathy for animals, she would probably need psychological counseling and support after witnessing first hand the disgusting brutality of those abattoirs in Indonesia.
It’s made me reconsider my need for meat and become an Animals Australia supporter.
Good on the ABC for taking on the story.

According to extensive Crikey polling 27 people find KRudd sexy – so, even without Therese Rein’s vote that still leaves 26.

And ditto to Kakadu’s remarks above. I haven’t eaten meat since – it’s been no effort and no loss.