Julian Assange is not a journalist

Henry Rosenbloom, Publisher, Scribe Publications, writes: Re.”Keane: why I signed a letter in support of Julian Assange” (yesterday, item 1). Despite what Bernard Keane says, Julian Assange is not a journalist. It’s very simple, really: journalists write journalism, but Assange doesn’t. He didn’t even write his own (disputed) memoir.

Assange is a new-media entrepreneur of an important whistle-blowing site. He’s an enabler or facilitator of the release of important information, either directly through his own site, or through the mainstream media.

The institutions and bodies that Keane cites as supporting his proposition either do no such thing or their position on the subject is irrelevant. WikiLeaks certainly do “what the media have always done”, but that doesn’t transform Assange from being a founder-publisher into a journalist.

You might as well call a book publisher an author, or a singer’s manager a singer.

Why does this matter? Because Assange’s supporters want to cloak him in the extra protection afforded by the mantra of “the freedom of the press”. That way, people like Keane can argue that “the prosecution of Assange for his journalism will be a profound blow against a free press”.

I don’t think that Assange needs or deserves this extra protection. He should certainly be supported by his own government (whose statements on the subject have been shameful). And he should certainly face due process legally. Beyond that, the special pleading should stop.

John Richardson writes: Bernard Keane’s passionate advocacy on behalf of Julian Assange is to be applauded, although I fear that it will make not one iota of difference as to how this criminal masquerade ultimately plays out.

Given the scandalous behaviour already displayed by our politicians in this affair, I think that Bernard is naïve in the extreme if he thinks that Gillard and her pals possess any more scruples than did Howard and his boys when they feigned ignorance over the illegal and immoral imprisonment & torture of David Hicks and Mamdouh Habib by our very best friends.

As Bernard himself pointed out last week the passage of the National Defence Authorisation Act of 2012 (NDAA) “enables US military forces to collect and imprison anyone anywhere in the world and keep them confined within the US military system rather than have access to civilian courts”, indefinitely.

So, given the record of US and Australian politicians in putting themselves above the law when convenient, imagine how emboldened they’ll feel by being able to claim that the US has acted “legally”.

What a sick joke.

Geoff Russell writes: I am frequently amazed at the amount of quality of Bernard Keane’s output … and if I weren’t afraid he’d get a big head, I’d send in praise more often! Yesterday’s Julian Assange piece was clear, concise and, above all, really important. We need the Assanges of the world but they usually end up getting shafted.

David Hand writes: Re. “Media briefs: Crikey’s award sandals … Egypt media war … Twitter OWS ban …” (yesterday, item 16). The likely deaths of more than 160 asylum seekers was all over the front pages of the Fairfax and News Ltd newspapers on Monday morning. That’s more than three times the loss of life on the rocks at Christmas Island a year ago. The only mention it got in Crikey was a feature of the Tele’s front page in “Front Page of the Day”.

Crikey carries a strong editorial line on asylum seekers, running many features on it such as last Thursday’s edition “SIEV 221 one year on”. On that day, you editorialised, “… what’s striking about SIEV 221 is that it seems to have left no mark on the national imagination. We are not dealing with repression and guilt; there is no trauma.”

This is a red hot political issue. Crikey has prominently featured the reversal of the Gillard government’s off-shore processing policy. On-shore processing is now the primary method for processing asylum seekers who arrive by boat.  This was lauded by many contributors as a victory for humanitarian treatment of boat people and the debate has raged most of the year.

Two days after the largest loss of life since SIEV X, where circumstances seem eerily similar, you guys had nothing to say. Why is that?

Niall Clugston writes: Re. “Rundle: the war decade, the Enlightenment armed, and 101 uses for a dead Hitchens” (yesterday, item 4). For renewing my subscription last year, I was given Christopher Hitchens’ Hitch-22.  To read it was to witness a character assassination of Hitchens against himself.

Suffice it to say that, regarding the death of his mother, Hitchens discusses Shakespeare’s treatment of suicide, and that he devotes a whole chapter to the topic of whether he should be called Chris or Christopher.

I simply do not understand why anyone is excited about his anecdote about Thatcher’s flirtatious behaviour or his childish word games (“The Sock of the Rising Sun”) with assorted literati. Moreover, he shows himself as a rank misogynist and a political weathercock who had George Orwell’s lack of perspective without his literary ability.

Premature death is sad but very common. But I don’t think Hitchens’ railing against God is a high-point of modern philosophy. And I don’t see why his death is a major news story.

And by the way, Guy Rundle, he was never a Trotskyist.

Joe Boswell writes: Re. “Richard Farmer’s chunky bits” (yesterday, item 12). Richard Farmer wrote: “Measuring economic surprises… The record is truly appalling… the so-called experts don’t really have a clue. Why banks and others keep employing people to produce meaningless forecasts is beyond me.”

Such observations have been made often, and much has been said trying to explain why people persist in this behaviour despite overwhelming evidence it is meaningless at best, and often worse than useless as it encourages false confidence about the course of the future that may lead to costly errors.

Peter Bernstein produces this anecdote in his excellent book, Against the Gods. During the Second World War Kenneth Arrow, later a joint winner of the Nobel Memorial Prize in Economics, was a US Air Force weather forecaster:

“Some officers had been assigned the task of forecasting the weather a month ahead, but Arrow and his statisticians found that their long-range forecasts were no better than numbers pulled out of a hat. The forecasters agreed and asked their superiors to be relieved of this duty. The reply was: ‘The Commanding General is well aware that the forecasts are no good. However, he needs them for planning purposes.'”

In general people want to believe that they can at least predict the future even if they cannot control it. Today’s economic forecasts are just another type of divination, satisfying a basic psychological need.

Jenny Morris writes: Re. “Power Shots: Hillsong’s Xmas … Santa Palmer … year for the rich …” (yesterday, item 14). It’s not clear from Angela Priestley’s article precisely what her problem with Hillsong might be, or rather, why the things she seems to object to are  problematic.

So the church “not only commands the attention of its followers at this time of year, [it] … can also dominate the music charts and put on some of the country’s most extravagant Christmas pageants.”  Well, they’re clearly outrageous activities not engaged in by any other type of organisation in the country!

I suspect if Angela popped into one of the Catholic churches she mentions, she’d find a Christmas pageant in full swing in most of them. I’m not quite sure how Hillsong “commands the attention of its followers”, and Angela doesn’t go into much detail.

Lazy, cheap-shot writing. I expect better from Crikey. And no, I don’t go to Hillsong. But now you’ve alerted me to the new Christmas album, I might just check it out!

“…comedy at ABC TV, after the broadcaster failed to nominate Chris Lilley’s Angry Boys for several Logies categories. As one industry type noted: “The ABC being the ABC, any one of 15 people could be blamed for the oversight … he argument goes, we’re told, that Lee has an aptitude for ‘inner-city’ comedy-drama such as Laid — ‘comedy that isn’t funny,’ says our tipster…”

Laid as comedy that isn’t funny? I’d be inclined to agree, but at least Laid had an interesting — or semi-interesting — premise. Angry Boys, as with other Chris Lilley creations, is just awful. It’s not just not funny, it is embarrassing. It looks like, and plays like, a year 12 review — and a not especially talented one at that.

Chris Lilley’s genius seems to be in picking over-ripe and low hanging fruit and convincing someone, god knows who, that this is comedy gold. For that I take my hat off, but if you think Angry Boys is comedy you really are setting the bar extremely low.

“”The Iceman says we are going to be short on ice this summer.” Stock up, folks.”

Apparently an electrical fault in an ice factory has caused all sorts of problems. Word is the company is going into liquidation. Boom tish.

Crikey writes: On the 12th day of Christmas Crikey gave to you — a whole bunch of goodies. Our festive subscription drive has added thousands more readers to the Crikey community and 78 lucky recruits won a little extra something — including iPads, Kindles and iPhones — as part of our 12 Days of Christmas promotion. Santa is making deliveries to these lucky folk:

And it’s not too late to subscribe and collect your gift pack (we just can’t guarantee delivery before Christmas any more, sorry) of books, DVDs and the First Dog on the Moon 2012 calendar — sign up here. 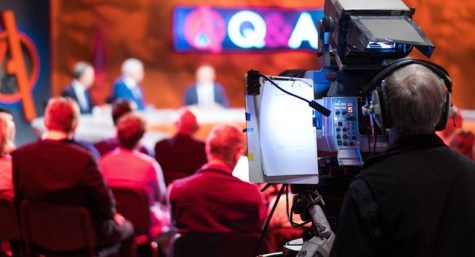 Immigration department rots from the head

I can’t wait for the WikiLeaks movie

So – in these modern days, with what has become of it, under present management – what is “journalism”? And how many “journalists” write it any more?
As against the number being paid to write “(political) advertorials” that are little more than an out- pouring of personal prejudices and preconceptions where the presenters persona seems more important than the issue being covered – aimed at influencing the reader – do they still qualify?
Maybe “journalism” has changed?

Assange isn’t a journos clacker hole. Much like the rest of them.