Sydneysiders would be wise to note that what makes Melbourne’s centre so enviable is the whole box and dice -- buildings, laneways, streets, river, trams, parks and plazas, and so on, writes Alan Davies.

I wish I could’ve been in Sydney on the 17th to attend UTS’s 10th anniversary special Zunz Lecture on the rather silly proposition that “Great buildings make great cities”. It would’ve been a giggle to see Nick Greiner, Elizabeth Farrelly, Graeme Jahn and Stuart White taking this pompous idea ever so seriously.

I think it should be obvious Rome wasn’t a great city because of the Pantheon, but because it was a key centre of trade and political power over many centuries. Likewise London. But they’re European cities with millennia of history to draw on. New-world cities are a better reference for Sydney.

Few would argue that New York is one of the world’s great cities. It has some great structures too e.g. its rail stations, the Chrysler building, the Empire State building, the Brooklyn Bridge, and more lately the Highline.

But even the briefest glance at the magnificent book by Edwin Burrows and Mike Wallace, Gotham: a history of New York city to 1898, shows the overwhelming importance of complex social and economic forces in making Gotham one of the world’s great cities. With reputedly half of everything that ever entered the US, including people, passing through New York, it would be a ridiculous conceit to argue the city is great because of its buildings.

It’s far more plausible that any line of causation runs the other way — New York has some great buildings because the city is great. Athens has the Parthenon because it was a great city, not the other way around. Bilbao doubtless has many virtues, but I haven’t heard it described too often as one of the world’s great cities just because its got a Guggenheim.

Sydneysiders suffer from Opera House Syndrome (OHS), so it’s no wonder they default to “starchitecture”. This unfortunate condition, which is characterised by blind hope and delusions of grandeur-on-the-cheap, is a direct consequence of the extraordinary good fortune of having not one but two internationally iconic structures — the Sydney Opera House and the Harbour Bridge. Like cargo cultists, they think they can make Sydney even greater through more starchitecture.

OHS is a terrible and merciless condition. Sufferers think their cherished international emblems are the reward for their city’s intrinsic qualities, like the vision, risk-taking and marketing savvy of its residents.  The reality is that, like much in life, international icons are almost entirely the result of good luck — in fact extraordinary good luck.

We should all know by now that the Sydney Opera House was created despite Sydneysiders, not because of them. If it hadn’t been for Finnish architect Eero Saarinen, it wouldn’t even have got a start.

The odds of a new-world city such as Sydney having even one internationally iconic structure are astonishingly long (just ask Melbourne), but two is stratospheric. The odds of having more than two … and the likelihood Sydney could create yet another by intent … well, we’re in the realm of metaphysics now.

I like to think that in Melbourne a debate like the Zunz lecture would be couched in different terms. At the very least, the proposition might be something like “great urban design makes great cities” or, preferably, “great urban design makes a better city”. They both recognise that it’s not individual buildings that make a difference but the overall feel of the city. The latter also acknowledges that the physical environment is only one factor that contributes to making a city great.

Sydneysiders would be wise to note that what makes Melbourne’s centre so enviable is the whole box and dice — the buildings, the laneways, the streets, the river, the trams, the parks and plazas, and so on. They should also note that simply replicating Melbourne’s laneways is not a guaranteed recipe for success.

The forces that created the vitality of Melbourne’s inner city run far deeper than planning policy. The planners, to their great credit, removed the planning obstacles, but they didn’t create the underlying demand. The liquor licensing reforms of the 1980s is one example of those deeper forces — in 1986 there were 571 restaurant liquor licences in the state; by 2004 there were 5136.

*This article was originally published at The Melbourne Urbanist 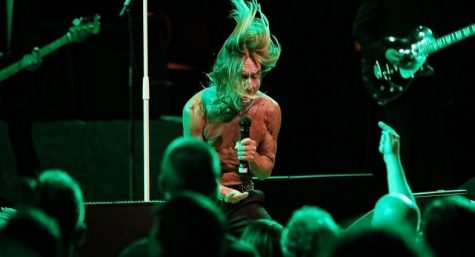 Punk, Iggy Pop, and bringing down the House