Dept penny-pinches, first class for bosses. Bernard Keane had the leaked email yesterday revealing the Commonwealth’s Department of Health has been forced to call for voluntary redundancies and will cut its workload to meet efficiency targets. With the penny-pinching now to begin, staff are also questioning the regular international travel by the most senior bureaucrats — […]

Dept penny-pinches, first class for bosses. Bernard Keane had the leaked email yesterday revealing the Commonwealth’s Department of Health has been forced to call for voluntary redundancies and will cut its workload to meet efficiency targets. With the penny-pinching now to begin, staff are also questioning the regular international travel by the most senior bureaucrats — and which part of the plane they’re sitting in. There’s “much resentment”, we’re told.

What’s going on inside Queensland Health? Speaking of health departments, we know many of you work for Queensland Health (after tipping us off about the payroll scandal earlier this year). But we’re not hearing anything from inside the ranks about the $16 million fraud scandal and premier Anna Bligh’s decision to break up the department. Time to get leaking, folks — your anonymity is guaranteed. Send us an email or use our encrypted form.

UniSuper short on cash, data. On Tuesday, the ABC’s 7.30 reported one of UniSuper’s key schemes is short of money, putting the super funds of 100,000 members at risk. And it’s just the tip of the iceberg, according to one insider:

“There is much more going on in that fund that members should but don’t know about. It has all been carefully hidden for the past three years. Millions of dollars is being spent to fix the administration system that has corrupted member data and screwed up many members’ super. Of course it makes perfect sense to use the same people who installed it wrongly in the first place to fix it.  One of the funniest or scariest things is the fund has not been paying super for some of its own staff. Wake up, APRA.”

Would Packer put Crown on the block? From the 3AW Rumour File: “‘Casino Man’ says rumour has it that within six months the Melbourne Casino will be sold two Chinese counterparts.” James Packer selling out of his prized Australian asset? Surely not …

Hot button-pushers for Nine News. We also liked this tip from 3AW this morning: “James says on Channel Nine they have the daytime’s news and the newsreader sits in front of glass. He says rumour has it that good-looking people are getting the the gig during the day and ‘normal’ people are getting shifts that don’t require them to be seen through the glass.” We have no doubt that’s true.

Claiming the disclaimer: It’s pretty standard that most government emails come with a disclaimer about privacy and so forth at the bottom of it, but have you ever actually read it properly? One resident of Hornsby Council in NSW reckons privacy provisions on email seem to only apply to the council but not the public.

Our tipster offers an example of the confusing privacy guidelines: “If I send an email to my local council requesting clarification about the zoning of a parcel of land, can I pass on (by email) the council’s response to other people who are interested? I am not sure I can, because the notice at the foot of council’s email states: ‘If you are not the intended recipient, you are notified that any dissemination, distribution or copying of this email is strictly prohibited and you should destroy this message.'”

But the council doesn’t offer the privacy to the email sender, argues the Hornby resident. “My email (plus any personal information in the email) requesting clarification about zoning of a parcel of land may be publicly distributed by council, and it may also be ‘reproduced in part’.” The council disclaimer states:

“Information provided to Council in correspondence, submissions or requests (verbal, electronic or written), including personal information such as your name and address, may be made publicly available, including via Council website, in accordance with the Government Information (Public Access) Act (GIPA Act) 2009. Council reserves the right to reproduce in whole or in part any correspondence or submission. Council does not warrant this message being free from viruses, defect or error and as such attachments should be checked before being opened or used.”

Xmas party watch: Crikey on the tiles. Tonight, the Crikey crew attend our own (no doubt) lavish Christmas celebration. And it’s only fair we’re subjected to the same scrutiny. (Our money is on First Dog on the Moon making a fool of himself.) But we still want your tips on how the office is celebrating the festive season: drop us a line or feed us anonymously.

CLARIFICATION: An original version of this story stated the Queensland Health fraud scandal was “involving three senior bureaucrats”. Only one public servant has been charged to date; three others referred to by authorities have not. Queensland Health Director-General Dr Tony O’Connell said on December 14: “There is no evidence to date which implicates any of these three individuals in criminal behaviour.” 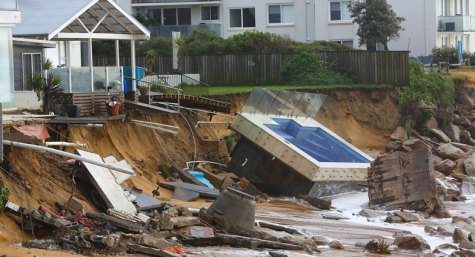 The disclaimer from Hornsby Council and so many others across NSW is qualified with; If you are not the intended recipient” As he is the intended recipient, he may do as he pleases with the information provided by the council. There is a very good argument for anything supplied as a result of FOI application to be published on councils / governments web site when the search is compleat. Because councils / governments will otherwise take advantage by charging everyone who inquires for the same information, over and over! Edward James