How could you sack this great man, Sydney University?

If a wealthy sandstone institution such as Sydney University cannot find a way to retain exceptional talent, who will step into the breach?, writes Catriona Menzies-Pike, an English PhD, teacher and editor.

Earlier this month, the vice-chancellor of Sydney University, Michael Spence, announced that academic staff who were not “pulling their weight” were no longer going to be “carried” by the university. In his letter to alumni explaining the changes, Spence refers derisively to “that small minority of academics who do not contribute significantly either to our research or our teaching”. Scholars who do not meet onerous research output criteria may be offered forced redundancy packages.

One of the people in the firing line is Dr Bruce Gardiner, the most extraordinary teacher I have ever encountered. I can’t imagine how his contribution to his students and colleagues at Sydney, and to the intellectual life of the city could adequately be measured.

Dr Gardiner has taught in the department of English at the University of Sydney for more than 20 years. He is a brilliant, generous and dedicated teacher. His undergraduate lectures on women writers and American literature were challenging, revelatory — and they inspired me to undertake a PhD in the department. Dr Gardiner was a meticulous supervisor and has become a cherished friend.

I’m quite sure that some people who have long since left the university will be reading this with a start, stunned to discover that the Dr Gardiner could possibly be at risk. His lectures are legendary — and so are his rigorously detailed responses to written work and his great intellectual generosity to students and colleagues.

I’m not the only one who feels this way. Testimony to his great influence is the letter-writing campaign undertaken by students dismayed by the prospect of his dismissal. We’re all shocked.

“Without a doubt the most inspirational, rigorous, and imaginative teacher I have ever encountered,” writes one friend. “Bruce should be the first person the English department keeps,” says another. Kirsten Tranter’s novel The Legacy was published internationally last year. She was a student at Sydney in the 1990s and she writes, “I never stopped imagining Dr Gardiner as my most exacting potential reader.”

Dr Gardiner’s colleagues have weighed in too. A distinguished panel of scholars from around the world are writing to the vice-chancellor to express their indignation. They write, “many of us regard him to be the most diligent and dedicated supervisor or colleague we have ever had.” Such superlatives are rare.

It’s true that Dr Gardiner has published little under his own name. His significant contribution to scholarship can be measured through his mentoring of postgraduate students, through his dazzling lectures to undergraduates, and to his assiduous attention to the work of his colleagues.

This appalling situation illustrates the real cost of the changes proposed by Spence — and it’s symptomatic of the bureaucratic, output-fixated transformation of the tertiary sector more broadly.  Dr Gardiner’s influence as a teacher, mentor and colleague has been profound — but it barely registers on the blunt instruments used to measure outputs.

Unfortunately, he is only one of many teachers at the University of Sydney who is in a vulnerable position. It is estimated that 150 academic staff at Sydney will lose their jobs next year. The savings will be used to fund new buildings and computer upgrades.

Humanities academics are disproportionately affected by Spence’s hammering of research outcomes. Departments in the faculty of arts are particularly exposed and hallway gossip says that at least five names in one department alone have been marked for redundancy based on poor research performance.

What does the university define as poor research performance? Only those academics who have four or more publications to their name over a three-year period are “safe”. A literary scholar who has published two books over that period is at risk of being sacked whereas a biologist who has published four articles or refereed conference papers, even with many co-authors, is not. No distinction is drawn between the different types of work that might occur across faculties.

Letting go of hard-working teaching staff in favour of infrastructure projects speaks of an alarming shift in priorities on campus. If a wealthy sandstone institution such as Sydney cannot find a way to retain an exceptional talent such as Dr Gardiner, who will step into the breach?

Just as it is difficult to quantify the real value of pedagogues such as Dr Gardiner, it’s not easy to quantify reputational damage.  The university’s fine sandstone buildings may be intact — but this tranche of job cuts will deprive future students of some truly excellent teachers. It will ruin the future job prospects of ousted staff in an underhand and dishonourable fashion.

As managers crunch numbers with deans, we’ll soon see how smart the management of Australia’s oldest university really is.  The prospect of Sydney University making redundant a brilliant scholar such as Bruce Gardiner should scandalise not only his former students and Sydney alums, but all those who value the intellectual virtues he typifies.

*Catriona Menzies-Pike holds a PhD in English from the University of Sydney. She taught in the department of English between 2005 and 2008. She is now managing editor of New Matilda.

Sydney Uni staff cuts: a public university should not be for sale 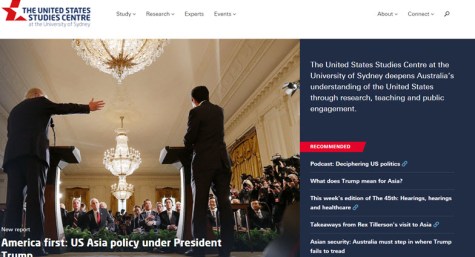 You’re right. I am scandalised. I remember Bruce Gardiner as a magnificent and engaging English lecturer with a fresh perspective that delighted and challenged at the same time. Students fought to get into his classes. Ironically, I was singing his praises with a fellow ex-student only last week. I hope it’s not too late to avoid making such an obviously bad decision.

Well said. There is something so absurd about universities – which add to our national wealth through teaching, learning, scholarship and new ideas – being crunched into meaningless lists of numbers.

I am a Sydney graduate. I remember lectures from David Malouf and Michael Wilding (who has brilliantly lampooned the passion for metrics by the new academic bureaucracy in his book Academia Nuts ). But that was a generation ago, when universities valued their scholars.

Until and unless this policy is reversed I will be sending every one of their expensively produced pleas for funds to the junk pile.

Thinking of universities as businesses (I know I shouldn’t, but allow for a moment), wouldn’t it make sense to align the personnel with the mission?

Universities derive considerable income from students, especially overseas students. Overseas students do not attend Sydney Uni because some academic published five article on the role genital warts played in the run up to the War of the Roses. More often than not, students come because they think it will help them get a job, and that it will be a rewarding experience. Sitting through the lecture of some self important flagellant is hardly rewarding or instructive. Unis ought to reflect on how they meet their goals, but up to this point Sydney Uni has been notoriously bad at this.

Socrates certainly wouldn’t have got a job at a modern uni – the bludger didn’t publish ANYTHING in his lifetime!
Though I doubt he’d have wanted one – go forth Bruce Gardiner and leave the pond life forever behind!