The Power Index: the all-Aussies café where pollies spill the beans

Every Friday, The Power Index profiles a place where powerful people wine, dine and travel. Today we continue the series with the cafe where democracy gets its caffiene fix, Aussies … There’s nary a power player in Australia who hasn’t passed through Aussies — the legendary cafe that lies deep inside Parliament House in Canberra. It’s where […]

Every Friday, The Power Index profiles a place where powerful people wine, dine and travel. Today we continue the series with the cafe where democracy gets its caffiene fix, Aussies …

There’s nary a power player in Australia who hasn’t passed through Aussies — the legendary cafe that lies deep inside Parliament House in Canberra. It’s where our top politicians, lobbyists, journalists and bureaucrats go to get their daily fix of caffeine and, just as importantly, gossip.

Tony Abbott is regularly sighted there in his jogging gear (the parliamentary gym is just down the corridor) while Julia Gillard and her one-time boss John Brumby caught up over coffee during the October tax forum.

Greens leader Bob Brown, however, doesn’t pop in as much as he once did. He prefers his lattes without a side serve of lobbying.

“It is becoming more and more difficult to go and have a coffee in our own parliamentary coffee shop, outside the public arena, but where all the lobbyists are, without being buttonholed,” he bemoaned earlier this year. “If I want to go and have a talk with Marion [his press secretary, Marion Rae] the chances are increasing that I’d be better to stay here and get somebody to bring some coffee.”

The cafe’s first owner was Osvaldo Meneghello, Bob Hawke’s Italian-born former valet. Struggling to think of a name that would stick, Meneghello asked Barry Cassidy, then Hawke’s press secretary, for ideas. Cassidy, as he retells in his book The Party Thieves, suggested Ozzie’s — after the owner himself. But he didn’t write it down. Hence Aussies was born.

Legend has it that Mal Colston, the famous Labor turncoat, would send staff down to the cafe to collect the leftover sandwiches prepared for parliamentary office lunches then wolf them down in his office.

Kim Beazley set up his “campaign headquarters” there during his 2003 bid to topple Simon Crean as Labor leader. And it was at Aussies, during an off-the-record chat with a Labor powerbroker, that ABC journalist Chris Uhlmann got wind of the plot to unseat Kevin Rudd last June.

Located near the Senate wing of the House, Aussies only has an indoor capacity of 30 people, meaning the clientele often spill out into the parliamentary gardens.

“Aussies is like a midsize suburban café,” one recent visitor recalls. “There are often very long queues, but the staff are friendly and helpful. I would give the coffee a 6.5 out of 10 but with the Canberra weighting that is actually about an 8.5. Not as good as the coffee cart near the press gallery.” 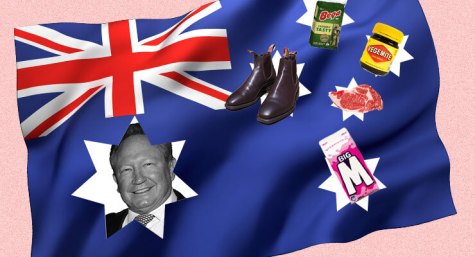 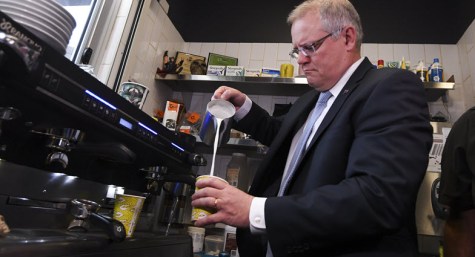