Paranoia Now: An Imaginary History of the Surveillance State

The logic of mass surveillance is that, eventually, there's nothing to look for.

In his essay “Apocrypha Now!” the remarkable critic and writer Howard Hampton constructs an entire alternative history of late 20th century America in honour of Thomas Pynchon’s The Crying of Lot 49, based on the stupendously insignificant history of the Paranoids, the moptop pop band with faux English accents who appear in the novel.

In Hampton’s take, appearing in Pynchon’s novel propels the Paranoids wildly off-course and into an obscure sonic underworld of “strangled, scarcely intelligible voices that seemed to be calling out from some crawl space in the unthinkable”. Of their later music, so frightening they barely sell a single record, Hampton records:

“The staggering mania of the Paranoids attack was offset to a degree by the chilling serenity behind it: a mysterious doomsday composure that sprouted in remote nooks of the sixties like wild mushrooms.”

The Paranoids become the unwitting beneficiaries of a deep undercover Nixon administration operation to discredit popular culture, through the production of a piece of music so profoundly perverted it will frighten middle America into the arms of the government. Only, what the Paranoids produce is so off-the-scale weird, the whole plan falls in a heap as radio stations and audiences avoid the resulting track in droves.

It turns out the Paranoids, in living fully up to their name, have channelled the ultimate paranoia of existential meaninglessness, tapping into something so frightening the only sane reaction is to ignore it. The president’s henchmen turn instead to manipulating sitcoms — but the Paranoids have their revenge. Their final, never-released track is a secret recording of president-for-Life Nixon blowing his own brains out. “My fellow Americans,” Nixon says before the fatal shot, “not all true things are disclosed to all men”, a line from the group’s first album.

Earlier this week I took a quick tour through the world of mass surveillance, in which corporations cheerfully engage in comprehensive monitoring of everything we do online and with our phones. They do so with only minimal restraint from governments that notionally are supposed to protect citizens from such invasions but that like having access to such data and are prepared to pay good taxpayer money for it. While many companies stick to the line that it’s all about tracking criminals and terrorists and for more nebulous “national security” purposes, I was particularly taken with the rationale that full surveillance was justified because it enabled companies such as Facebook and mobile phone service providers to predict what consumers would want in the future, and tailor their services to those future desires.

This is exciting stuff. Surely it has enormous potential to resolve certain flaws in the capitalist model, by constructing models of consumer behaviour based not on what they do but on what they will do in the future, models in which actual behaviour only really has significance as a guide to future purchasing decisions. From here, it’s possible to move to a model in which actual consumer decisions are irrelevant: if you can fully profile an individual based not on their expressed desires but on the desires revealed by their behaviour (revealed preferences always being far superior to stated preferences), you don’t need the actual individual to participate in consumption decisions — the service provider can make that choice for them.

No more tyranny of choice: the market can make your decisions for you — and consumers will be safe in the knowledge that whatever is selected for them, deep down it’s what they really want.

Call it the quantum physics of consumer choice: when you reach a fundamental level of granularity about an individual’s existence, the individual herself starts to vanish.

The other end of the surveillance spectrum, around law enforcement, is already reaching for this exalted state. As Salon’s Glenn Greenwald repeatedly pointed out, the FBI is developing an outstanding record of thwarting terrorist plots conceived and resourced by the bureau itself, in which young radical Muslim Americans are encouraged by bureau agents to plan terrorist attacks, sometimes with materials such as fake bombs provided by the bureau, and then arrested. Like the mobile phone users whose future behaviour can be predicted if you know everything about their phone usage, this approach removes the need for individual decision-making by the “terrorist” involved, with the service provider doing all the necessary work to transit the individual from a set of carefully monitored desires to a completed consumer experience — albeit one that ends in a jail cell and a triumphant press release about another home-grown terror plot thwarted.

It’s an elegant model: the more companies and governments know about individuals, the more individuals themselves don’t matter, the more consumers and citizens become a fifth wheel in the surveillance state. The ideal, the dys/utopia, would be of a perfectly closed system in which governments and companies could operate without recourse to actual individuals and the variability they bring. Investors, after all, need certainty, and real people are poor at providing that. Just ask Australians retailers. Sovereign risk is nothing compared to consumer risk.

Paranoid? Possibly, although like Hampton’s “imaginary discography of the Paranoids”, it’s the paranoia of meaninglessness, the desperate worry that the one thing we count on to be there for us — us — isn’t there at all, and never more so than when carefully scrutinised. Ah, but “not all true things are disclosed to all men”, perhaps? That’s where the Paranoids were wrong, because in a surveillance state far beyond that envisaged by Hampton in 1991, all things true and less true are revealed to all, for governments and corporations are coming under more and more surveillance themselves, from the mobile phone cameras that reverse the Panopticon on the streets to the whistleblower websites that spill frequently anodyne government “secrets” to the cracks that rip open the IT security of the world’s biggest firms.

At the same time, trust in governments and corporations is plummeting, prompting some to talk of a global crisis in legitimacy. Like the individual fading away under ever-greater surveillance, institutional legitimacy is collapsing as individuals see ever more of what institutions are really like.

Eventually, there may be no place to hide from meaninglessness. The surveillance industry and their governments supporters should be careful of what they wish for. Look hard enough, and you might eventually find nothing at all. 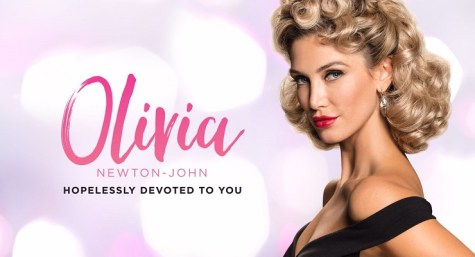 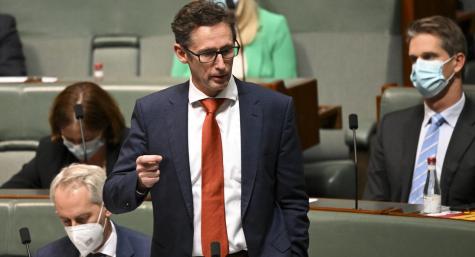 Exactly Bernard. This is starting to blur what used to be substantial boundaries between ‘thinkpiece’ and philosophy, goddammit.

The most exciting thing of ‘the times’ is not the growth of technology and the loss of borders, literally and figuratively, but that these immense data gathering mechanisms and associated technologies may comeback and bite every one of them on the bum. Perverse outcomes seem to be the likely result of so much of this growth in technology.

What sort of a world would it be to live in where the government constantly lived in fear of being exposed down to it very motives as well as its actions, or where corporate monoliths were so fearful of consumer sentiment that they were forced to act like responsible entities engaged as part of the whole, rather than rapacious psychopaths feeding off our collective carcass.

Imagine if the great and worthy ultimately lived in fear of exposure, and god forbid, modified their behaviour, nay their very thinking, so that they could walk the streets and sleep the sleep of the just.

Utopia indeed, for me at least. A nightmare for so many.

We can live and dream.

based not on what they do but on what they will do in the future, or, more to the point, what they ought/should (sez WHO?) do by way of purchasing gee-gaws and crap ephemeral consumables.
I bought 3 MAX HEADROOM tapes @25cents a couple of weeks ago and, compared to the original UK film, they were typical amerikan pabulum – completely missing the point that gov/corps are too big for their boots.
it was quite nostalgic watching the wind up to each of the eps. – mere exposure of wickedness results in rectification. Ahhh, such naivety, such innocence, so long gone..