Yesterday's gross domestic product figures show there is no problem in Australia at the moment about economic growth.

Solid growth without jobs. Yesterday’s gross domestic product figures show there is no problem in Australia at the moment about economic growth. Today’s Australian Bureau of Statistics figures for November show that there is a problem with jobs. Unemployment is up to 5.3% in both seasonally adjusted and trend terms, having been as low as 4.9% back in March and April. 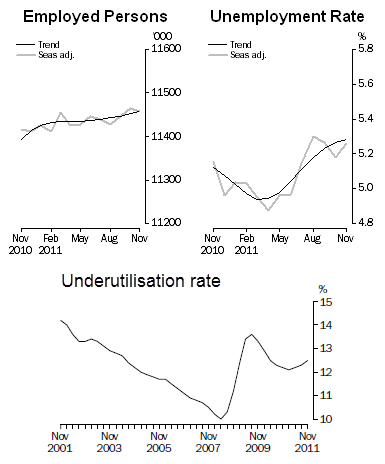 Note: The labour force underutilisation rate combines the unemployment rate and the underemployment rate into a single figure that represents the percentage of the labour force that is willing and able to do more work. It includes people who are not currently working and want to start, and those who are currently working but want to — and can — work more hours. It provides an alternative — and more complete — picture of labour market supply than the unemployment rate, as changes in the underutilisation rate capture both changes in unemployment and underemployment, indicating the spare capacity in the Australian labour force.

Bad big banks? To my casual glance it is hard to see the evidence that Australia’s big banks are any more rapacious today than they have always been. The following graphs are from the Reserve Bank’s Financial Stability Review published back in September: 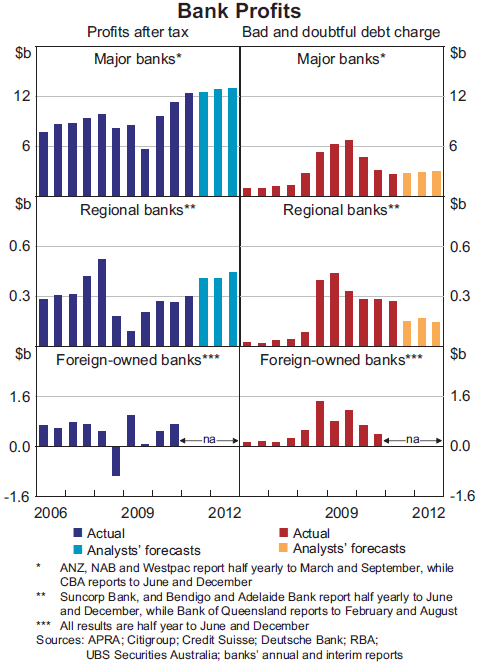 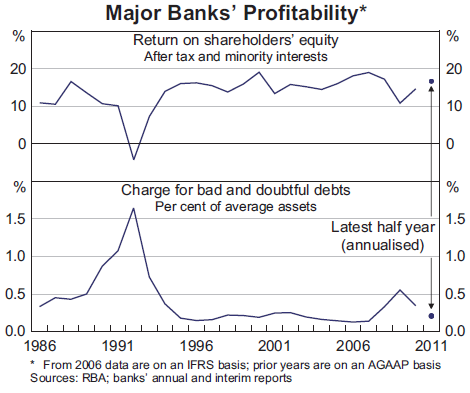 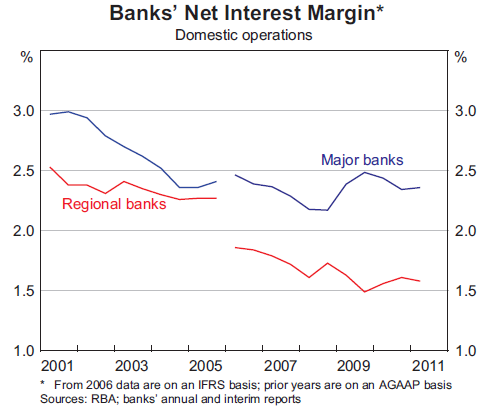 Cooking with Ron. Worrying about cholesterol clearly is something for wimps. The libertarian Ron Paul who is seeking the Republican Party endorsement for President has just published his family cook book as part of his fund raising effort. 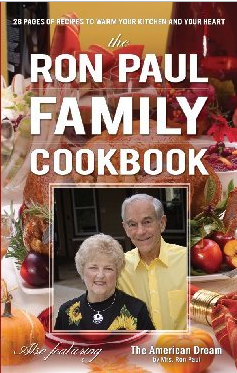 One of his featured recipes is “Monica’s Reuben Dip,” which is cream cheese, Swiss cheese, Thousand Island dressing, sauerkraut, and corned beef all baked together.