All attention turned to GIllard and the ALP conference

It’s been the coldest start to summer in 50 years and Julia Gillard got a cold response from some Labor party members, writes Silvana Cricri.

It’s been the coldest start to summer in 50 years and Julia Gillard got a cold response from some Labor party members on her plan to ship uranium to India. Albanese, Garrett and Conroy all spoke against the plan at the ALP National Conference last week. Garrett and Conroy moved up the list as a result from the media coverage of their objection.

And the other media favourite from the conference was the issue of same-s-x marriage which the government decided to put to a conscience vote. 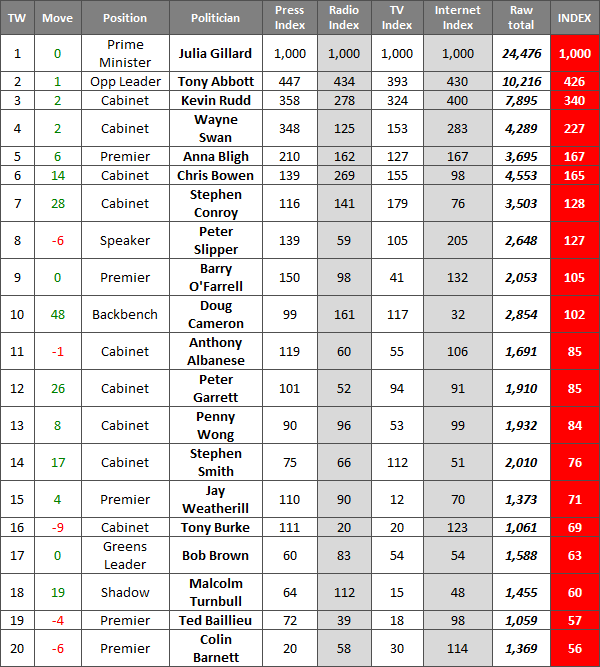 Julia and Kevin’s stoush made up part of the online chatter, a frequently re-tweeted comment from a television program’s Twitter feed was this: Julia Gillard has asked Kevin Rudd to go and check out the new planet: “Technically, it’s foreign affairs.

The passing of rugby league legend Arthur (Artie) Beetson was mourned by many with numerous tributes.

Crikey says: this is not an election issue

Crikey says: roll up to the Rudd circus!