The eagle eye of my colleague Glenn Dyer noticed this little report in The Sydney Morning Herald: "News Corp takes Tax Office to task over $2b losses".

A little Murdoch corporate welfare. The eagle eye of my colleague Glenn Dyer noticed this little report in The Sydney Morning Herald: “News Corp takes Tax Office to task over $2b losses”.

“Court documents show the losses were distributed to 18 News companies. The main beneficiary was News Holdings Pty Ltd (formerly News Corporation Ltd and News Holdings Ltd), which claimed $367.2 million in 2003, and a further $235.9 million in 2004.

“What I liked about the report is the way the bean counters at News Ltd distributed the tax losses among the empire: 18 companies, including the companies publishing the groups main paper in Sydney and Melbourne,” writes Glenn.

“A form of corporate welfare at News Ltd, done for an obvious purpose to give the companies tax losses which they could offset against taxable earnings. Every little bit helps, it seems. So next when you see a News Ltd paper (say The Australian), calling for tax breaks, lower tax for companies, you know the paper is speaking from the profit and loss account, sorry, the heart, and from experience in the the attractiveness of such largesse.”

Murdoch’s Fox News finds a new enemy in The Muppets. Dangerously subversive, that’s what they are! The cause of the Fox News anger is the new Disney film starring Kermit and his friends that features an evil oil baron named Tex Richman which reveals, in the words of Fox commentator Dan Gainor of the conservative Media Research Center, that “It’s amazing how far the left will go just to manipulate your kids, to convince them, give the anti-corporate message.” 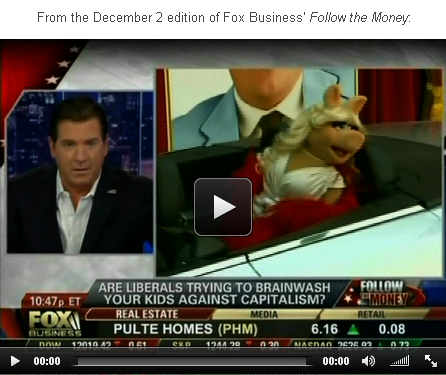 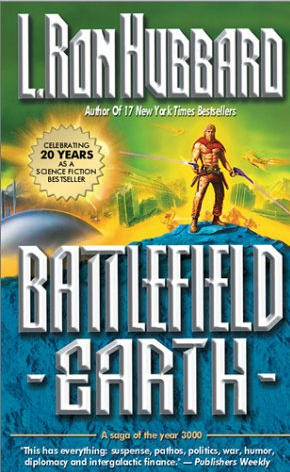 The candidate’s favourite book of any kind was more attuned to a mass audience — the Bible. There was no mention of the Book of Mormon.

But I suppose that was a better effort than the front runner in the battle for the Mexican presidency, Enrique Pena Nieto made when attending a book fair in Guadalajara during the weekend. He was unable to name three books that had influenced him, and could only name one he had read “parts of” — the Bible.

Tackling the new front runner. It was bound to happen once he became the opinion polling front runner. Newt Gingrich is being attacked by his Republican competitors for the presidential nomination.

Here’s an example of the Gingrich scrutiny being aired by his opponent Ron Paul: 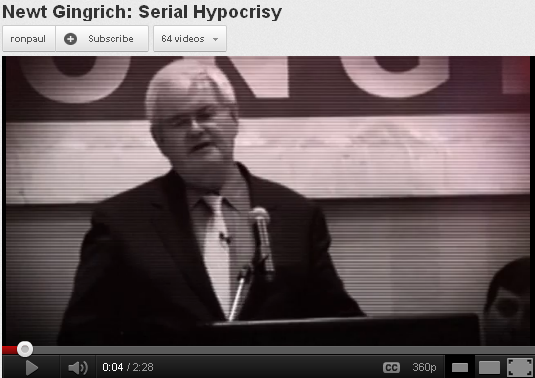 With fellow party friends like that you don’t need enemies! 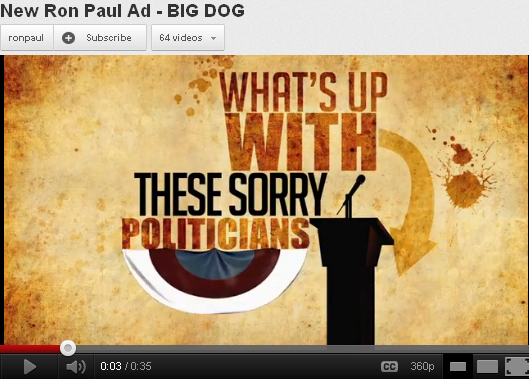 “What’s up with these sorry politicians? Lots of bark but when it’s showtime, wimpering like little shih tzus. You want big cuts. Ron Paul has been screaming it for years.”

The cynical view of a stock market rally as a thought for the day. Australian share prices might be down a little this morning but the trend overnight in most markets was a rising one. Which led to this comment from Jeremy Warner in London’s Daily Telegraph:

Now obviously, it is always a mistake to read too much into the short-term movement of stock markets, and particularly the relatively common phenomenon of the pre-Christmas rally.

The cynical view of such rallies is that they are largely driven by the upcoming bonus season. With the annual scramble for bonuses already well under way, fund managers tend to plunge in for fear of getting left behind and underperforming their benchmarks.

Why News Corp got almost $1 billion of your money

There’s not much point in “seeking the Scientology vote”: there aren’t many of them left. There are a few clustered in Florida. Scientology also discourages voting, and by “discourages” I mean doesn’t allow people to participate in public life, in many cases imprisoning them. Not a very fruitful vote source, but one can hope for punitive lawsuits from the people who eventually get away.

As for “Battlefield Earth”, it’s a dreadful hack job. Hubbard was a hack writer, not even successful _before_ he acquired the delusion that he was God. The book is an embarrassment to SF readers everywhere. Its “best-seller” rating was achieved by using Scientologists’ donated money to buy huge numbers of the title: escaped members recount being ordered to buy hundreds of copies at once, and talk about storing boxes and boxes of the unread copies in basements.

Sadly, Scientology used more of their members’ money to make a movie out if the book. It’s hard to say which is worse, the book or the movie. 🙁