Our big four banks still among the world’s most creditworthy

Australia's AAA sovereign rating from all three ratings groups is another reason the impact on funding costs will be minimal.

So is The Australian Financial Review right with another Australian-style page one headline this morning — “Bank downgrades hit big four”? — in a report on the anticipated cut in the AA credit ratings of Australia’s four big banks, the ANZ, Westpac, CBA and NAB? Or is it really a brief distraction for our banks from a rating agency in catch-up mode and should really be acknowledged for that?

The AFR report failed to mention other ratings groups’ opinions of Australian banks. or point out that S&P’s re-rating was driven as much by embarrassment about getting pre-GFC ratings on dodgy debts wrong, as re-assessing global banking following the 2008 crisis.

Or is Moody’s another credit rating agency more accurate when it affirmed the stability of the Australian banking system hours earlier and the weighed average rating of Aa2? And what of the ratings from the third agency, Fitch? This week it upgraded Australia’s sovereign rating to AAA from AA plus.

The Fin claimed the downgrade of the four banks to S&P’s fourth-highest scale could push up their funding costs. But seeing that most banks worldwide will have the ratings either reduced or reaffirmed, there will be very little change relative to our financial groups.

The big four will still be among the most creditworthy in the world and the cut shouldn’t cause a rise in funding costs because many banks are having their ratings lowered around the world under the new system. There will still be very few banks rated higher than our big four.

The AFR did point out that under S&P’s global ranking, only the banking industries of Switzerland and Canada rank ahead Australia, so why would the trims announced overnight lead to an increase in funding costs if the industry is that highly ranked? And Australia’s AAA sovereign rating from all three ratings groups is another reason the impact on funding costs will be minimal. The only thing that would cause it rise is if the current mild freeze in European banking becomes a glacier, then all banking systems around the world will take a hit, not just Australia’s.

Besides the rating cuts for the big four, Macquarie Group was cut by two levels to BBB, the ninth highest grade. Standard Chartered Plc’s rating was increased one level to A plus, the fifth highest rating. That reflected the upgrade for the parent offshore. the Macquarie cut will increase it’s cost of funding and is a result of the hundreds of millions of dollars the bank has spent expanding into funds management businesses overseas, and especially in the US and Asia.

The S&P cuts came a couple of days after the ratings group revealed the first of 700 re-ratings for banks around the world under the group’s new way of assessing risk. Standard & Poor’s downgraded the largest US banks: Goldman Sachs, Bank of America, Citigroup, Morgan Stanley, Wells Fargo, JPMorgan Chase and Bank of New York Mellon. In all, 15 banks had ratings cuts, 20 were affirmed while two Chinese banks were upgraded.

The most notable cut from S&P was that of Rabobank of Holland, which lost its the AAA rating that set it apart from its competitors.

Global giant HSBC was left at AA Stable but HSBC Bank Australia Ltd was also trimmed to AA- (negative credit watch) from AA stable. The rating of the local arm of Dutch bank, ING, ING Australia, was trimmed to A from A plus. The parent was left at A (stable). ING Bank and ING’s Belgian banks were left steady at A plus (Stable). And the local arm of JP Morgan (JP Morgan Australia), saw its rating cut two notches to A plus (stable) from AA – (stable), a big cut.  But the US parent was cut by one notch to A (stable) from A plus (stable).

As a comparison, after the re-rating of some of America’s biggest banks, Wells Fargo will be the most highly rated at A plus.

So what did Moody’s say in its statement, which appeared to be an attempt to pre-empt the S&P announcement? “Australia’s banks have built sizeable capital buffers to absorb possible weakness in asset quality, and they have a good measure of flexibility to deal with the challenging conditions in the international wholesale funding markets,” according to a statement from a Moody’s senior vice-president, Patrick Winsbury, issued late Thursday..

He said the strength of Australia’s banks partly stems from broader economic robustness, thanks in part to a mining boom that has created low unemployment and healthy wage growth And the country’s leaders also have “good monetary and fiscal policy flexibility to deal with weaker economic conditions”.

However, Moody’s said crucial challenges were likely over the next 12-18 months as contagion from the European sovereign crisis could increase bank funding costs, reduce international investor demand for Australian bank debt and slow global economic growth. That also applies to every banking system in the world, especially Switzerland’s and Canada’s, which have significant exposure to Europe and the US respectively. 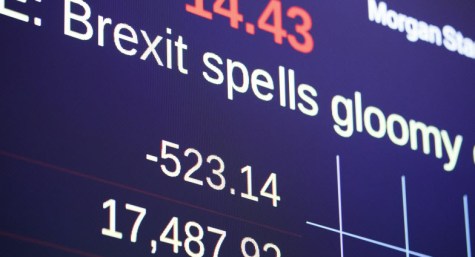 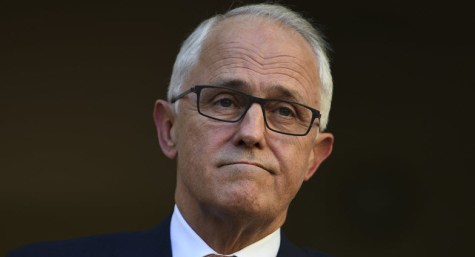 We don’t want Australians to know this do we? We can just print money to make everyone happy!!!!!

Gees with all of our Retirement savings being invested in American banks let’s blame Europe. What comes around goes around and lying everyday to people who rely on crikey to keep them informed you will quickly lose the communities support!!!!!!!

http://world.std.com/~mhuben/cato.html Galbraith on ‘Milton’s [Friedman’s] misfortune is that his policies have been tried.”

http://www.youtube.com/watch?v=9V5OP-VmXgE MILTON FRIEDMAN THE GREAT LIBERTARIAN HERO HEY? THE GREAT DEPRESSION WAS A MYTH THE FEDERAL RESERVE SHOULD OF JUST BOUGHT BONDS?

http://people.stern.nyu.edu/nroubini/NOTES/CHAP6.HTM
Here you can clearly see Milton Friedman the ECONOMIC MAVERICK clearly outline how to create UTOPIA by increasing the TOTAL AMOUNT OF A COUNTRIES MONEY SUPPLY BY 3% EVERY YEAR!!!!!!!

When the same VERY BANKERS OWN OUR MEDIA. I wonder why they have changed our education system, ignore their practices in our media and ask politicans sell wars and the printing presses!!!!!!!

I mean Mervyn King denied SubPrime mortgages were the issue of the Euro Crisis last thursday.

Just let the banks write the rules of society we don’t need rules created by humans for humans!!!!

http://www.youtube.com/watch?v=x0k2PmF-o5Q Who repealled the Glass Steagal Act. Is a much more important piece of finance legislation…

Just keep selling out your own countrymen and countrywomen. What is now a liquidity issue more reasons to keep increasing the money supply anything for these libertarian bankers!!!!!!