Mubi: setting the benchmark for Video on Demand

Available platforms: Mubi.com, Playstation 3 Accessed: Play Station 3 Mubi is an arthouse and world cinema online portal with extensive social network functionality that operates at the core of the service. It is the benchmark of what video streaming companies should be striving for in terms of its user interface, functionality, and vision. Yes, I’m […]

Mubi is an arthouse and world cinema online portal with extensive social network functionality that operates at the core of the service. It is the benchmark of what video streaming companies should be striving for in terms of its user interface, functionality, and vision. Yes, I’m a bit of a fan.

Users can pay for the service on a film by film basis (with a license to view the film as often as one wants over 7 days), or they can subscribe to the service for a monthly charge of $19.95. Some films are offered free of charge.

As of the time I write this, there are 921 films currently on offer in the archive. It’s a reasonable archive that should satisfy film fans looking for less-mainstream content.

The Content
A few weeks ago, I went a little crazy at the Brisbane International Film Festival. Within 10 days, I went to about 23 different screenings. It was an eclectic mix of films – most of which I was unaware of until I found them cited on the festival guide. Sight unseen, I found a number of films were not all that good, but I also found quite a few gems along the way. Mubi is that exact same experience, but tailored for your lounge room. The value you place on the content depends heavily on just how much of a risk you are willing to take on unknown content.

Mubi does go beyond being just a video streaming service. For each film, the interface offers a synopsis, actor/director information, the opportunity to rate the film, and to share the film with others on the Playstation Network.

Beyond the individual films on offer, catalogue listings for films not available on Mubi are available. These are irrelevant to the movie streaming aspect of the site, but great for completists wanting to delve into the social engagement aspects of Mubi). There are also guides to what’s playing at film festivals, featured film listings, and featured directors.

The Design/Function
Mubi looks amazing and is a joy to navigate. That sounds wanky, but it really is a very attractive UI. It’s visually rich with images from movies, while all the logos and typography is striking.

The HOME section offers 6 screens, each promoting a Feature on Mubi. At the time of review, featured sections include a look at Thomas Vinterberg (a founding member of Dogme95), Lomography Selects (Lomography is a global community whose strong passion is creative and experimental analogue film photography), AFI Fest 25th Anniversary Retrospective, Slacker (Mubi’s featured film), and

Films by Ning Ying. Each section is accompanied by a massive, screen-filling image to accompany it.

Film listings are all very clear, with each screen offering a minimalistic and very stylish layout.

The Verdict
It’s stylish, interactive, and provides access to content that can otherwise be very difficult to get access to without importing DVD’s/torrenting. While it’s function and library are certainly very appealing aspects of the service, the biggest strength of Mubi is its visual presentation – one so attractive that it simply compels you to want to engage with it.

With well priced content ($19.95 for unlimited monthly access is a dream compared to the cost of having to buy/import some of these films), a great UI, and a healthy library selection, Mubi ticks all of the boxes. 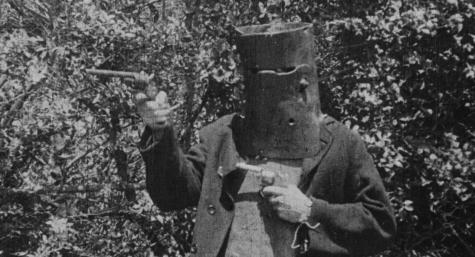 Hearing the picture: movies for the blind