In today's Media Briefs: ABC brings Jacko back from the dead ... Judge to be judged on ABC chair? ... Bachmann wants more after NBC bitch slap ... James Murdoch loses even more allies and more ...

Judge to be judged on ABC chair? It’s one of the most influential board positions going around, so it’s no surprise that a number of significant names have joined the race to replace Maurice Newman as chairman of the ABC. The Australian reports today that former Chief Justice of the Supreme Court of NSW Jim Spigelman has put his hand up for the $151,500 part-time job, as have several other recently retired judges, and every director on the current board.

Spigelman has not confirmed his interest in the position. The Sydney Morning Herald reported earlier this month that at least one judge had applied, and that seven people had been interviewed, including a number of ABC board members. The Power Index understands that the short-list, determined by an independent panel, is still due to be delivered to Stephen Conroy. Once received by the minister, he is due to hand it over to the the prime minister to make a recommendation for the appointment to the Governor General. The process is expected to extend into February/March next year. — The Power Index (read the full story here)

ABC brings back the dead. As one Crikey reader spotted, there was an unfortunate bug in the ABC’s iPhone application on Friday … The Department of Corrections. The Edmonton Sun got a little overexcited about a funding boost by government to a program for the homeless …

“A political blogger has been summoned to appear before the Leveson Inquiry into press standards after supposedly confidential evidence emerged online. The Order-order website published a link to papers submitted to lawyers by former Downing Street communications chief Alastair Campbell.” — BBC News

“James Murdoch faces a growing list of investors prepared to vote him off BSkyB’s board after Legal & General joined the ranks of rebels.” — The Guardian

“Rep. Michele Bachmann (R-Minn.) apparently isn’t happy with the apology she received from NBC after a vulgar song was played during her recent appearance on Late Night with Jimmy Fallon.” — The Huffington Post

“Tom Wicker, one of postwar America’s most distinguished journalists, who wrote 20 books, covered the assassination of President John F. Kennedy for The New York Times and became the paper’s Washington bureau chief and an iconoclastic political columnist for 25 years, died on Friday at his home.” — The New York Times 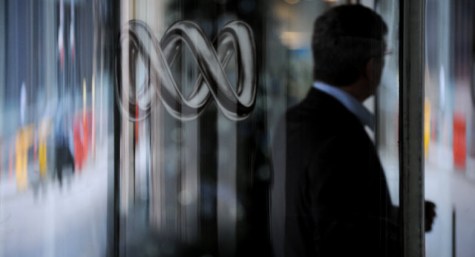 Sooo, Jackson’s back as a zombie? The later pictures made it appear that it was only a matter of time.