When too much arts is a bad thing: festivals at war on dates

The Melbourne Festival has put forth a proposal to change its dates to February or March. But no one asked the rest of the arts sector. Could Melbourne and interstate festivals cannibalise audiences?

Fed up with Melbourne’s inclement spring weather and lured by the siren call of sunny February, the Melbourne Festival has put forth a proposal to change its dates by roughly six months, skipping 2013 in the process, and reconvening in 2014. In the process, a new festival model will be unveiled , with a new “creative director”, and a new staff structure to take the festival out to 2020.

All very sensible, top-level board strategy.  The problem is, no one asked the rest of the festivals sector.

Many Melbourne festivals currently held between February and April are now terrified about the potential box office hit that could ensue once the hugely subsidised state flagship event moving into a time of year already crowded with major events.

The Melbourne International Comedy Festival’s Virginia Lovett has been outspoken in her opposition. “A move into the last two weeks of February and first week of March from 2014 would put just three weeks between two major cultural festivals and would have an extremely detrimental impact on the Comedy Festival,” she told Crikey.

“The Comedy Festival strongly feels the February-March period cannot sustain another major event and calls for a full economic feasibility study be undertaken before a final decision is made.”

Another festival likely to take a significant hit is the Castlemaine State Festival, held in March. Its multi-arts program draws about 20% of its audience from Melbourne and also relies on significant intra- and interstate visits from arts patrons, which the Melbourne Festival could be expected to compete strongly against. Castlemaine festival director Martin Paten told Crikey that “we are very concerned”, and called into question the apparent lack of policy direction from Arts Victoria on the issue of festival scheduling.

Crikey has obtained the Melbourne Festival’s “briefing paper” presented to Arts Victoria on November 7. It outlines the reasons  the festival wants to move, embellished with big dollops of management-speak.

The paper was presented to an Arts Victoria round-table meeting called on November 9, after several other festivals kicked up a stink about the potential date change, and the potential for competition with existing events. It states:

“Successful major events recognise their history but are not captured by it. They build on their strengths — one of which is their special ability to adapt and evolve as their social and cultural milieu adapts and evolves. They energise, enthuse, and re-define. They are sites of energy and of opportunity, generating a unique and lasting legacy and delivering a broad public benefit.”

The guts of the proposal, however, comes at the end of the paper, in which the reasons for the date change are advanced.

“In 1985 the choice was to schedule the Festival in September, to fit the dates when all the venues at the Arts Centre would be available — since the Government wanted the Arts Centre to be the focal point of the arts festival. Consistently inclement weather saw the Festival move to the mid-October timeslot, in 1994. Even in October, the weather issue has remained a significant impediment and risk to most outdoor activities.

Despite the feel-good language, Crikey understands that many of the arts executives present at the November 9 meeting were less than impressed. In particular, there appears to have been real concern that Arts Victoria did not grasp just how crowded the summer and spring events calendar is in Melbourne. Crikey has been told that after a discussion of the issue from representatives of Victorian Major Events, Arts Victoria asked attendees to provide it with a list of other events during that time. Many present renewed the call for a proper feasibility study.

There’s no doubt that a change in dates will have a major impact on the Victorian, and indeed the broader Australian, arts festival ecology. With Melbourne moving to February-March, all four major arts festivals in Sydney, Perth, Adelaide and Melbourne will occur within two months. Despite the opportunities to share artists, there will also be a real competition for audiences.

Adelaide Festival general manager Kate Gould told The Advertiser‘s Patrick McDonald on the weekend that “it would be better if they found another slot in the year, because there are a number of festivals in that early part of the year in Australia”.

Virginia Lovett points out that many of the production suppliers and staff to the various big festivals are essentially booked up year round, moving from festival to festival in a well-established circuit. She questions whether there is the capacity in the industry to support another major event in the same timeslot.

“The demand and competition for expert staff and suppliers at this time will inflate costs,” Lovett argues. “The need to compete with a major festival three weeks prior will inflate marketing and media costs.”

Melbourne Fringe Festival general manager Esther Anatolitis argues there may be no need to cluster so many major arts events together anyway. “Our sense of Melbourne [is] as an arts-rich city that doesn’t need to fabricate a critical mass focal point of festival activity,” she wrote in an email. “From the Melbourne Fringe perspective, September-October is a great time to hold a major arts festival.”

Crikey requested a comment from Arts Victoria, but was told the agency would not provide a comment on the record. We understand that no decision has yet been made, a position confirmed by the Melbourne Festival.

However, with apparently only weak policy direction emanating from Arts Victoria, the likelihood is that the Melbourne Festival will get its way. In 2006, the Brisbane Festival decided to move its dates from June to September. There was considerable dissent from affected festivals and events in Queensland at the time. The festival moved anyway. 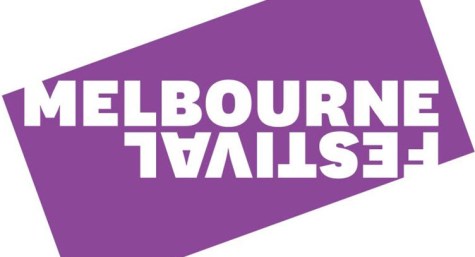 Can an actual artist afford to go to the Melbourne Festival?

But a stronger case does need to be mounted. October is the wettest month of the year in Melbourne so it was a daft place to move the festival to in the first place. Some of the arguments against a move appear to be little more that after the fact justifications and the last thing we want is an arts calendar mired in the status quo.

This year was the First year I was able to attend the Melbourne Festival and I must say my main concern was the weather.