Nowhere to pee, but music fans keep rocking on

Music festivals have the problems other arts sectors would die for. The logistics are a nightmare -- like the recent Harvest Festival -- but the fans keep coming.

“Harvest promoter responds to irate fans” ran the headline in The Age this week. Promoter AJ Maddah had put together an impressive line-up and a beautiful location for his Harvest Festival in Melbourne (and in Brisbane tomorrow), headlined by a rare visit from much-loved ’90s trip-hop favourites Portishead and indie hipster icons The Flaming Lips.

But, as seems inevitable with festivals these days, there were logistical glitches. According to Marcus Teague’s article, “snaking, immobile queues were commonplace around the festival grounds, as punters waited in a multitude of lines for basic services such as food, alcohol, and amenities”. What was worse, “the lack of toilets on offer drove many into the surrounding bushes to relieve themselves, although the diminished opportunities for actually purchasing drinkable fluids most likely kept the steady stream in check”.

Predictably, fans turned to social media to vent their fury. The many tweets about the event echoed the general feeling of frustration at the lack of festival organisation. Unusually, the tweeters even included festival organiser Maddah himself, who blamed the shemozzle on “Inept bar operators. Spent 2 hours with our volunteers & staff fixing their f*ck-ups & selling coupons to get rid off lines.” This itself drew a storm of criticism from those who found the spectre of a festival promoter blaming his staff somewhat distasteful.

Crikey spoke to several Harvest festival goers on the day after the event, who confirmed the picture of under-provisioned toilets and bar facilities. A source within the festival told Crikey that there simply wasn’t enough beer purchased, forcing organisers to drive a truck around Werribee on Saturday afternoon looking for more palettes of beer. It has been suggested that the large number of comps and other free tickets given away swelled attendances well past the 15,000 capacity of the festival that bar organisers were originally told to cater for.

The travails of the festival are scarcely unique in the music festival sector. Two years ago, the Laneway Festival in Melbourne saw chaotic scenes as a huge crowd tried to pack into small alleyways in Melbourne’s CBD, leading to massive queues and fans being locked out of stages during long periods of the afternoon and evening. “Police were forced to send extra reinforcements to the festival to cope with the ‘noisy and aggressive crowd’,” Fairfax’s Thomas Hunter reported at the time. Laneway eventually eschewed the CBD location for somewhere more sensible, moving to a larger site in the suburbs.

Long toilet queues and chaotic staging are not the only problems festivals pose to their punters. There is a tragic side of audiences’ obsession with live performances. The most high-profile case in Australia was the death of 15-year-old Jessica Michalik at the 2001 Big Day Out. Internationally, the 2000 Roskilde Festival notoriously saw the death of nine young men in the Pearl Jam moshpit, and there have been several other deaths at other festivals around the world. A PhD thesis by QUT student Cameron Earl cites an international study that puts the number of deaths at outdoor music festivals as high as 232 between 1992 and 2002.

Luckily, the average outdoor music festival mainly sees injuries such as rolled ankles, sunstroke and dehydration, but hospitalisations for drug overdose are not uncommon. Disturbingly, r-pes are also a feature of outdoor concerts. The charging of a 28-year-old man for assault after the 2007 Meredith music festival is certainly not the only such example, but Crikey could not easily find any collated research about the phenomenon.

What we can say with certainty is that the dangers and frustrations of music festivals don’t deter the punters. Australia’s live performance industry continues to undergo a boom, with industry body Live Performance Australia reporting last year that overall revenue grew “22.6% to $1.3 billion, while attendances grew 13.5% to 17.2 million paid and unpaid tickets”. Despite — or perhaps because — of the boom, the industry remains relatively dynamic and non-transparent.

Barriers to entry are reasonably low, allowing smaller promoters to ante up existing operations into mid-sized festivals with apparent success, while established festivals such as the Big Day Out, Falls, Meredith, Woodford, Splendour in the Grass, Homebake and many of the rest continue to report strong ticket sales — if not perhaps the guaranteed sell-outs of recent years. Crikey understands that this year’s Parklife festivals, for instance, experienced mediocre sales, and that certain promoters are feeling the pain of a saturated market.

But if this is all that promoters have to worry about, it’s not that crook in Tallarook. Music festivals remain one of the hottest tickets in town, and by far the healthiest segment of the broader music industry. The problems of music festivals are essentially those of success, such as over-crowding and poor planning and management.

It’s the sort of trouble other sectors of the arts industry can only look at with envy. 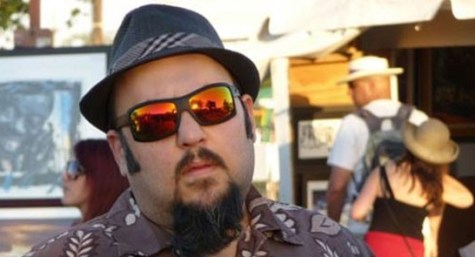 Heart of the Maddah: why Soundwave music festival collapsed

“Rapes are also a feature of outdoor concerts”?? Not to downplay the occasional incident such as your example from 2007 but this sentence is more than a little sensationalist surely?

Having attended the Sydney Harvest festival, I thought that things were much better organised – queues for drinks and food were virtually non-existent, and toilet queues were a bit long but still less than 10min.

The main screw-up was band scheduling – the main drawcards started over 1/2 late, and were on separate stages, so that fans who wanted to see both would have missed out (even though they were on at compatible times). The crowd area for the Flaming Lips was also way too small – they should have been on the main stage instead of the secondary one. Some of the earlier acts were cancelled halfway through their set because the organisers were trying to bring the set times back on schedule.

Even if Harvest doesn’t go ahead in Melbourne next year, I’d be surprised if it didn’t in Sydney.

Agree with @Christopher – the Sydney Harvest was great, very short lines for most things, except food – which seemed really sparce, I think there was only about 7 food sellers across the whole venue.

The Flaming Lips starting 45 minutes late was a joke – really annoying as I wanted to see Portishead and ended up missing half of it – but I suspect this was more the result of the absurd props and instruments the Lips insisted on having (and sound-checking endlessly) than a scheduling issue.

Producing a festival – especially an outdoor festival – is a fine art. There are so many facets that the average punter would have absolutely no clue was a consideration in terms of planning or production. And that is the way it should be. A seamless, sensory experience where punters don’t notice such detail, much like a theatre show or film production.

Purely and simply, AJ Maddah – from the logistical issues, to the airing dirty laundry faux pas – is the prime Australian example of how not to do it. If it wasn’t for the depth of talent in his programming (which at Harvest was actually top heavy, hence the scheduling and stage suitability problems), he’d be struggling to pull his projects off. He is an individual that until he accepts that punters don’t and shouldn’t necessarily appreciate the intricacies of creating and rolling out a festival and that it’s not all about him, he’ll continue to face the wrath of criticism.

By the way, Laneway Festival (pre-Footscray) certainly is not a great example of festival production gone wrong. The crux of their issues were driven by beyond unreasonably restrictive liquor licenses issued at the 11th hour, in the era of the infamous, Sue Maclellan.

I think this whole article is a little sensationalistic.

230 deaths over 10 years across the entire globe is a completely irrelevant statistic.