In today's Media Briefs: the newspaper that almost seized the future ... MTV still 'present' -- despite 13 redundancies, production cuts ... Voice of UK’s Siri is now speaking out (to Apple’s chagrin) and more ... 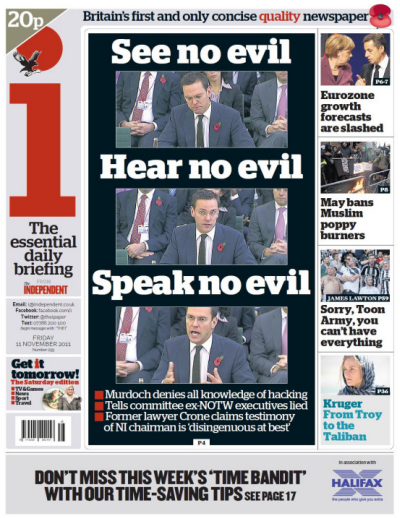 “MTV has insisted that it is ‘very present on a local level’ in Australia — despite making 13 people redundant, scaling back local production and merging its Australian and New Zealand websites into one as part of a major restructure.” — mUmBRELLA

“Imagine the surprise of UK resident Jon Briggs when he turned on his TV, heard a commercial for the iPhone 4S personal assistant Siri, and heard his own voice responding to commands. Briggs had lent his voice to a company called Scansoft for its text-to-speech services, which were later purchased by Nuance and used to develop Siri.” — Wired

“Everybody made fun of The Los Angeles Times when they hired a former General Mills executive as CEO, which was the right thing to do since he ran the company into the ground with his zany ideas. Mark Willes would become known as the ‘cereal killer’ after he went on a layoff spree to bolster the company’s bottom line. He was the worst thing to hit the paper until Sam Zell.” — The Atlantic Wire

The newspaper that almost seized the future