Cox: wheels slowly in motion for equal pay for women

Even if a rise is granted, it will be phased in over six years and not apparently starting until December next year. While this seems reasonable, the slowness again exploits the goodwill of a sector of powerless workers.

At last! Equal pay or is it just another down payment in a continuing fight? I thoroughly enjoyed watching Julia Gillard living up to the image of the dream feminist PM who promotes gender fairness. She has committed her government to supporting an average 20% pay rise for very undervalued work. It was good seeing the most senior woman in Australian politics promoting her Fair Work Act’s capacity to deliver equal pay for work of equal value.

While equal pay for the same jobs has been around since the seventies, the actual hourly wage gap between men and women has barely moved since the early eighties. The problem needs involvement from the top to remedy the entrenched gender unfairness factors that contribute to this gap.

Part of the problem is the types of jobs that mostly women do. These jobs often focus on people-caring tasks that mirror much traditionally done, unpaid and undervalued in the home and community. Partly this view was just straight s-xism because they were done by women and therefore obviously not as valuable as what may be seen as equivalent male-dominated jobs. Partly it was also the failure to understand that many of these tasks required learnt skills, not just the presumed bundle of attributes that are supposed to come with the XX chromosomes.

The interesting contradiction to last of the above assumptions is that many of those women, working in the industries covered by the new pay decision, require post-school qualifications including at tertiary levels. Many workers in community services areas are paid less than $50,000 a year despite having high credentials and experience. These workers need high levels of skills to improve the well-being of many of our most vulnerable society members such as victims of domestic violence and people with disabilities.

And that has been the other part of the problem. Most of these services are small and community based, though some larger charities are also involved. The nature of the work and clients makes it very hard for workers to take any forms of industrial action to make clear their desires for decent pay. The industry, by its nature, tends to draw on those who have high social concerns and are prepared to put clients and their needs in the job above financial need.

The result has been continued low pay. This results in an ageing workforce and a high turnover among younger workers who need to earn more to set themselves up and fund family needs. The Australian Services Union took the case under the new Fair Work provisions to gain recognition for the discrimination against the primarily female workforce. While many in the community sector, including the Australian Council of Social Service (ACOSS) have been very supportive, there have been some agencies including some big ones who are not so keen. The whole sector is also concerned about how to pay the higher wages as a large percentage of their income comes from government funding at state and federal levels.

Fair Work Australia has already acknowledged the gender gap in the industry pay rates. It brought down that part of its judgment earlier this year and referred questions on the level of pay rises to the interested parties. These were asked to negotiate and submit their views on the appropriate outcomes and their time frame possibilities. The current news items relate to the submission made by the federal government and unions. This is a set of agreements on the funding and staging of the pay rises. Other submissions will come from the state and territory government, employers and other interested parties.

The battle is therefore not over until Fair Work Australia announces its decision on the rates, etc, presumably later this month. The Gillard government deal is very important and likely to influence the decision. However, this level of government only covers the subsidies for between a third and half the agencies involved, so commitments by the states, etc, are also crucial. So far, the signs from the biggest two are not very good. NSW seems to be suggesting that the feds add to their $2 billion so they can fund some of the states’ rises as well!

So, before the cheering becomes too loud, women need to recognise that there is still a long way to go. There will be other employers, particularly in female-dominated private sector areas such as child care, retail and aged care, who will be anxious about the flow on to their areas. They are indicating that they are likely to oppose the rise.

Even if a rise is granted, it will be phased in over six years and not apparently starting until December next year so it does not overload the deficit. While on the surface, this seems reasonable, the slowness again exploits the goodwill of a sector of powerless workers.

Who else other than a group of caring women would wait so long for comparative wage justice? 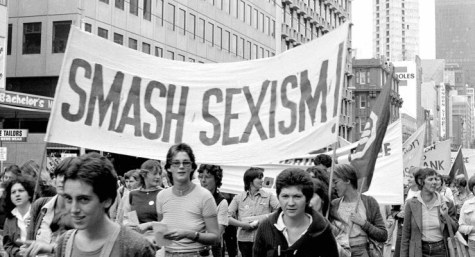 A pioneer’s lament: ‘feminism is stuck and maybe going backwards’

If Abbott wants to woo women, he should start with wages

Clearly the solution is to keep total wages at the current level by reducing male wages proportionally.

Now that really will be fair!

A great day for justice Eva? Let’s hope the State Govts take a moral stand – apart from Queensland who’ve already done it! All those wonderful workers, mainly women who work so tirelessly for others in their communities – Well done!

Eva, Your last sentence sums it up beautifully, and extends further to Childcare workers and Nurses.

It’s about time. I was shocked to hear what these carers earned for the work they do.

@ABARKER – Indeed. Particularly when you consider that,
”
They include disability support workers, carers, youth workers, counsellors and those in domestic violence support. They have a higher proportion of post-high school qualifications than the rest of the workforce but earn on average about $46,000 a year.
The average wage nationally is $58,000.” SMH yesterday!

One only has to see the situation in Greece to see what happens where there is a disconnect between wages and benefits, and the capacity of the economy to pay. What is often lost in this mantra of chest beating and wailing about wage relativities is that vocational decisions are a matter of choice and remuneration is a matter of work value. If you want to increase the wages of lower paid workers, you have to reduce the income levels of those sections of the community which produce traded goods and which are subject to market forces. The only way you can do this is to raise service charges for the industries concerned or force the situation through taxation ie forced income redistribution on the same basis as the carbon tax.

If one looks at the situation from the perspective of supply and demand, there seems to be no shortage of available labour to undertake the activities referenced. If women choose to work in the areas of lower pay and presumably lower stress and lower social utility their wage rates should match that situation and no amount of chest beating should make any difference.

Julia Gillard is a classic example that women can be just as disingenuous as men and able to to compete on an equal footing. The traditional presumptions relating to glass ceilings are diminishing. What is presumptuous however is the assumption that there should be gender balance in wage relativities without considering the economic value of the gender input. If women overall choose to work in the areas of lower economic value then their wage relativity should reflect this. Individual women however appear to be free and capable of competing with men and as a matter of principle there should be no gender bias in selection or remuneration provided remuneration reflects the economic value of individual inputs.