Consider this: you are a willing outcast, with few solid friends and many formidable enemies. How do you survive? By trying to convert enemies to friends, or by instilling fear in your many enemies? More than any other state on earth, Iran is presently keeping her enemies on their toes – expertly. Iran categorically and emphatically declare […]

Consider this: you are a willing outcast, with few solid friends and many formidable enemies. How do you survive? By trying to convert enemies to friends, or by instilling fear in your many enemies?

More than any other state on earth, Iran is presently keeping her enemies on their toes – expertly.

Iran categorically and emphatically declare to domestic and international audiences that they have no intention of acquiring nuclear weapons capability, and yet a significant amount of Western intelligence, including that by the peak UN body only yesterday, has contended for some time (to the chagrin of Tehran) that they do.

The rub is: no one knows for sure whether Iran are presently working to acquire the atomic bomb. Scant fresh evidence was presented in the yesterday’s IAEA report, with some of what was presented of questionable credibility.

In my view, Iran must be able to acquire nuclear energy without undue international pressure. Yet, unlike his predecessor, president Mahmoud Ahmadinejad appears to favour the US and Israel-led pressure that comes from allegedly resuming a nuclear weapons programme in order to highlight the Janus-faced nature of their broader dealings with Tehran. That is, nuclear ambiguity serves to instil fear, promotes public indignation from existing enemies, and both occur under the NPT which must permit Iran to acquire the peaceful use of the atom for its energy needs.

Iran’s mantra has thus become (as it was at the 2011 IAEA General Conference), “Atomic energy for all, Nuclear weapons for none”.

Alarmingly, in world news media, Iran’s alleged actions leave her opponents no choice but to attack Iran (Jeffrey Lewis over on Arms Control Wonk makesthis point expertly). For instance in Australia, the day before the IAEA report was even released, the Sydney Morning Herald’s political editor Peter Hartcher was hypothesising that:

And when the US President, Barack Obama, visits Australia next week he will want the government’s support in the confrontation.

More recently a very small number of more measured voices were beginning to appear, including Andrew O’Neill of the Griffith Institute. But even he concludes overly negatively when he deduces that:

The policy dilemmas for Israel are stark and acute: is it willing to live with a nuclear-armed Iran that will probably be deterred from using or exporting nuclear weapons but which will almost certainly be emboldened to engage in more aggressive behaviour in the region? Is it willing to risk full-scale war in the Middle East in an attempt to terminate Iran’s nuclear program through decisive force?

Now let’s assume Iran are unequivocally seeking nuclear weapons (note this is a hypothetical, yet likely scenario). Simply put, Iran is therefore adopting an opaque nuclear weapons policy, as have Israel since the 1960s.

There are, however, two basic differences: first, Israel has maintained an ambiguous nuclear weapons policy after having acquired weapons capability, whereas Iran is widely believed to have not (though some disagree – albeit sensationalistically); and second, Israel negotiated its present policy with the United States, and Iran foreseeably could never.

Put another way, Iran is under a greater level of scrutiny for several years of on-again off-agin nuclear weapons development than Israel has been for possessing them for over 40 years.

Iran is therefore being unfairly and disproportionately singled out, with only Russia and China favouring dialogue with Tehran over their alleged Iranian nuclear weapons programme. (China, in fact, have strongly supported dialogue with Iran all through the preparatory conferences to the 2010 Nuclear Nonproliferation Treaty, although it remains unclear to what extent this is based on Iran’s possession of oil – the only great power to do so).

On what do I base this relatively favourable view of Iran? Well, disarmament of the “official” nuclear weapons states (US, UK, France, China, and Russia) is certainly not where the vast majority of the research funds are going.

By my reckoning, of the several hundred security-related philanthropic and endowment foundations in the United States, Europe and Australia, more than 80 percent focus their energies on Iran, either through a targeted program or as part of congruent programs on so called “rogue states” or “nuclear terrorism”.

Few, if any, fund projects exploring the prospects for additional nuclear weapons free zones or other disarmament measures. This is despite all regional states – including Egypt, Israel and Iran – may have agreed on the importance of a denuclearised Middle East since the 1980s.

None (that I could find) explicitly seek to fund programs that focus on existing Israeli nuclear weapons arsenals as a source of regional insecurity or singularly disarmament.

Perhaps if there is any sign of hope for a more balanced approach to nuclear and radiological weaponisation in the Middle East it is this: Finland are set to host a conference for the formal negotiation of a denuclearised (and possibly WMD-free) zone in the Middle East in the later half of 2012. Despite later qualifications and apologies, both the United States and Australia uncharacteristically switched much of their attention in the lead up to the 2010 Nuclear Nonproliferation Treaty review conference from Iran to Israel. Israel seemingly have no other option but to attend – but have historically had some caveats. For their part, Iran and Egypt have moderately softened their positions in the last year enough to put the pressure for the conference’s success firmly back on Israel.

With this eventuality in mind, fifteen months ago I asked “Hello Israel, might we talk about your nukes?”, and I meant it when I summed up by saying:

Now the international community has indicated that it is losing patience, I have some small hope that Israel too may do the unexpected, and bring its nukes to the negotiating table. Israel has the trump card in this; may Iran and the Arabs respond in kind. Relations in the Middle East are tense enough without the need for WMD. 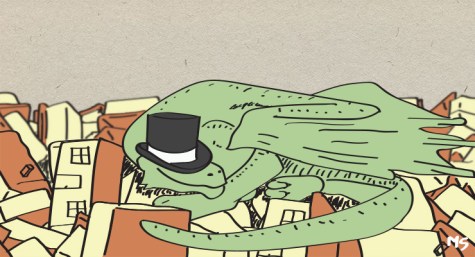 Why Albanese should tax vacant houses 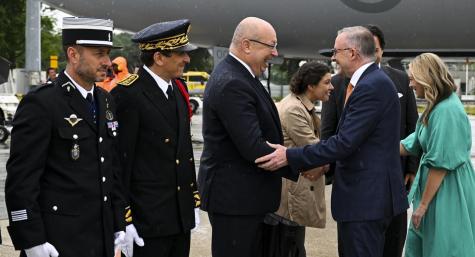 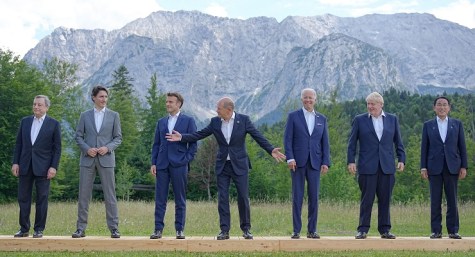