Advocates of IR reform claim unions traditionally haven't been allowed to "interfere" in issues such as contracting out. Wrong.

It’s the new black in IR reform commentary. Having seemingly tired of trying to link productivity to the need for IR reform, businesses, politicians and commentators are now claiming the Fair Work Act gives too much power to unions to interfere in the way businesses are run.  Industrial disputes over management prerogative are breaking out left and right, they say, as unions try to dictate how businesses manage themselves.

The Fair Work Act enabled unions to exercise “a veto on management’s flexibility to run their companies efficiently” lamented The Australian during the Qantas grounding. “Employers are becoming increasingly concerned at union action to seek outcomes on management decisions outside the traditional bargaining over pay and conditions,” ran a report Monday’s Financial Review about the Victorian government’s plan to provoke a dispute with the state’s nurses.

Note the word “traditional”. BHP board member Malcolm Broomhead last week was quoted in The Oz claiming “there is a whole slew of demands for union interference in what has traditionally been management’s right to manage”.

ACCI’s Peter Anderson picked up the theme last week in an opinion piece in the same paper (The Oz, even more than the Fin, is obsessed with the need for IR reform) in which he maintained “the fair-work laws extended the right to strike because they extended the right of unions to take strike action over contracting and outsourcing disputes”.

You see the basic claim here: there’s been an innovation in the IR system under the Fair Work Act, one that enables unions to interfere in management responsibilities in a way they haven’t “traditionally” been allowed to. Accordingly, there are more disputes, and less workplace flexibility.

How true is it? Should it be a key issue in the forthcoming review of the Fair Work Act, along with issues like good faith bargaining?

The Act’s explanatory memorandum specifically states that “terms relating to conditions or requirements about employing casual employees or engaging labour hire or contractors if those terms sufficiently relate to employees’ job security” are included as “matters pertaining”.

That is indeed a change from WorkChoices. Regulations made under WorkChoices specifically identified as “prohibited content” restrictions on independent contractors and labour hire workers, and the conditions of their employment. WorkChoices clearly prevented unions from “interfering” in management responsibilities relating to outsourcing and contracting. The Fair Work framework opens the way to unions incorporating exactly these issues into bargaining, and therefore disputes.

There’s only one catch. WorkChoices (under which, recall, labour productivity slumped) was the innovation, not the Fair Work Act.

As the Fair Work EM explains, the term “matters pertaining to the employment relationship” has a long history in legislation, reaching back well into last century, and considerable jurisprudence behind it. More to the point, it was in the Howard government’s Workplace Relations Act. For all but the last 18 months of the Howard government, unions could bargain and take action over “matters pertaining to the relationship between employers and employees” without prohibition as to issues such as independent contractors and labour hire workers.

Or at least that was the case until the Federal Court’s decision in the Wesfarmers case in 2004, involving the AMWU. In that case, then-Justice Robert French determined that action by the AMWU under the Workplace Relations Act had not been protected because it had, inter alia, related to restrictions on the engagement of contractors, which was “a discrete matter which does not pertain to that relationship” between employers and employees.

Some IR lawyers believed French had misinterpreted the High Court decision on which he based that determination, C-cks, and thought at the time the issue would be resolved once the matter went before the High Court. It never did, because WorkChoices was introduced and overhauled the IR system completely.

But again, there was a catch. French excluded contractors, but he included other things. The AMWU had sought to include in its agreement an outright ban on redundancies unless coal sales collapsed. French found that did pertain to the employer-employee relationship. “The security of tenure, as against redundancy, which the clause offers, lies at the core of the employer-employee relationship,” he found. And in his reasoning on why banning contractors was not a “matter pertaining”, French noted that the High Court had separately concluded that union demands that contractors be paid the same as employees was proper.

So the effect of Wesfarmers was to deny unions the right to include outright bans on contracting out in agreements, but to include bans on redundancies and include demands that contractors be paid the same as employees. Which seems the greater interference in managerial prerogative?

So some kind of restriction on unions’ right to “interfere” with management existed for four years only, and for two of those it was limited to the specific issue of attempts to outright ban contracting out. Contrary to those who claim the Fair Work Act goes beyond what was “traditionally” allowed, the current Act essentially restores the situation that applied for most of the period of the Howard government and before it.

The real innovation in all this has come from employers restructuring themselves and their operations to cut costs by outsourcing or offshoring work. In the Qantas case, the “outsourcing” is to other companies established and owned by Qantas but with poorer conditions and wages. In the construction industry, sham contracting is rife and has a significant impact on income tax revenue. Unions have “traditionally” had the right to try to contest this under IR law, except for the period under WorkChoices.

The government and unions like to suggest any changes to the current IR framework represent a move “back to WorkChoices”. In the case of what matters can be included in agreements, they’re quite correct. 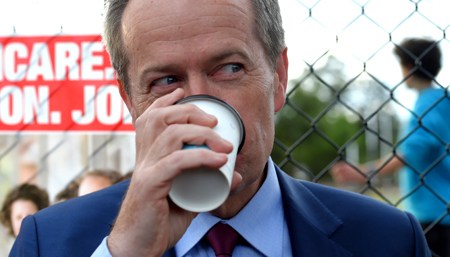 And who owns most of the “PR catalogues” where we’re going to be reading all this negative PR?

The paranoid psychopaths who collect under the title “CEO” do not see any reason why they should engage or consult with anybody. That is the nature of being a psychopath.
If for a moment they thought that perhaps the people who actually do the work at the coal face have as good an understanding of the business as they do, and extend the hand of cooperation and consultation, then and only then, will we see some real increases in productivity.
Several state governments, especially Labor ones also have a blinkered approach to IR, much to the detriment of us all.

At what point do we compete with wage earners in China earning 2 dollars a day.
On that premise under globalism we can put them on the backfoot by earning $1.50

Capitalism=exploitation=competition=greed=corruption=eventual economic collapse followed by an engineered war which keeps those controlling us all in control.

This system we live under is nothing more than a ponzie scheme where the money flows to the top of the pyramid.

Michael is exactly right, as is Bernard. I’ve been in HR for 30 years.

The refrain from bosses, principally along the lines that unless we can pay our staf chinese wages we’ll all be rooned’ is a pretty clear example of how impoverished our Executive class is for ideas and innovation.

The most highly paid people in the country are stuck in some time warp, where diktat from above was all that mattered.

Engage your staff you morons, they run your business, not you and your sherry snifing buddies in the boardroom.

Oh it’s hopeless, a lost cause.

hmmm. I read the article more as, the rhetoric about the power of
unions under the Workplace Relations Act is melodramatic and
misleading.
Rather than CEOs are evil and capitalism makes people eat babies.